The cancellation of Year 12 formals and graduation ceremonies has sparked an outpouring of emotion from parents and students, broken-hearted at the loss of yet another rite-of-passage in their final year of school.

When adolescent psychologist Collett Smart asked parents in her Facebook audience how they were feeling about the announcement, she was “flooded” – with private messages, emails, and phone calls, from parents weighed down by the news.

“It really showed me there’s a lot of pain for students,” she said, “and parents are carrying it, because they’re trying to help their year 12s navigate a hard time.”

News of the cancellation came just ahead of the World Health Organisation’s warning that young people, in Australia and many other nations, are now the main spreaders of the coronavirus.

Takeshi Kasai, the WHO’s Western Pacific regional director, said that because symptoms are less severe in young people, many are unaware they are infected. As a result, this drives further infection of vulnerable people such as the elderly and the sick. “The epidemic is changing,” he said.

But the sobering science of the pandemic is no comfort to Year 12 students, who were just beginning their trial exams when the cancellations were announced. It’s another blow for an already struggling cohort of students, whose coming-of-age year has been nothing like they expected.

“There’s so many losses this year, so much unknown,” said Collett Smart, ”with schools shutting down at certain points; then there’s mask-wearing everywhere; there’s fears and anxieties; kids are worried about the economy; they’re worried about loss-of-job prospects; there’s loneliness…

“We know mental health is a big issue around Australia anyway for young people, so it’s not something we can just brush aside.”

A Year of Memory-Making Opportunities Lost

The build-up to a Year-12 formal, for many, begins a long time in advance.

It’s not unusual for girls to start shopping for their dream ‘formal dress’ at the start of the year; and for students to spend months daydreaming about the details: what kind of car they’ll go in, which after-party they’ll go to, whether they’ll get a spray tan, and who their formal ‘date’ might be.

And although some schools have postponed their Term 3 formals to Term 4 in the hope that restrictions may lift to some degree, it’s unlikely those events will be anything like what some students have been imagining for months or even years.

“There’s a lot of feelings of confusion and pain out there… there’s lots of tears, lots of perceived loss of hope.”

Besides formals and assemblies, many other social traditions have been lost to the pandemic this year, too. There’s the inter-school sport competitions, the parent-child breakfasts and Year 12 family chapel services; the mother’s gatherings, valedictory dinners and Old Boy’s lunches hosted by Year 12 students; the Year 12 group photos; and the small but important privileges that students look forward to as they approach their final year, such as the sharing of a common room.

Smart said parents and students are feeling frustrated over the perceived inconsistencies in the banning of the end-of-year events.

“Students can catch public transport, you know, everyone can use restaurants, food courts, but then students who speak to each other everyday, can’t do the same,” she said. “So [there’s] a lot of feelings of confusion and pain out there… there’s lots of tears, lots of perceived loss of hope.”

Smart – whose own daughter is in Year 12 and going through the same rollercoaster of emotions as her classmates – says social occasions and traditions are vital to young peoples’ wellbeing as they grow into adulthood.

“Everything builds up to that final year, when you’ve finished your 13 years of schooling,” she said. “There’s a lot of ‘rites of passage’ events, a lot of ‘lasts’ that happen in this year. And it’s so normal for teenagers to see it as a move to independence… These social events are really a big part of maintaining wellbeing.”

In the absence of the traditional gatherings, schools must come up with alternative events, she says, to create memories and help their Year 12s to still feel valued.

“They absolutely must be planned,” she said. “We must be doing something to help our students celebrate these ‘lasts’.”

“Rites of passage are really about memories… there’s really potential to still make it joyful and meaningful. We’ve got to do this for our kids.”

Many schools are already well underway with planning social-distancing-friendly events.

The school Collett Smart’s daughter attends, for example, is planning a farewell event in the “kiss and ride” pick up zone, where announcements will be made as students are picked up by parents and friends on their final day, with cars decorated and photos taken, before students leave for small-scale, celebratory family lunches.

“It’s about being creative,” Smart said. “Rites of passage are really about memories and, you know, 2020 is never going to be forgotten – but there’s really potential to still make it joyful and meaningful. We’ve got to do this for our kids.”

Smart, who works in as a counsellor in a number of schools, a is urging school leaders to be proactive, and to communicate with students and parents early – and often: “This is not an issue to be silent on.”

What Some Schools Are Doing Instead of Formals 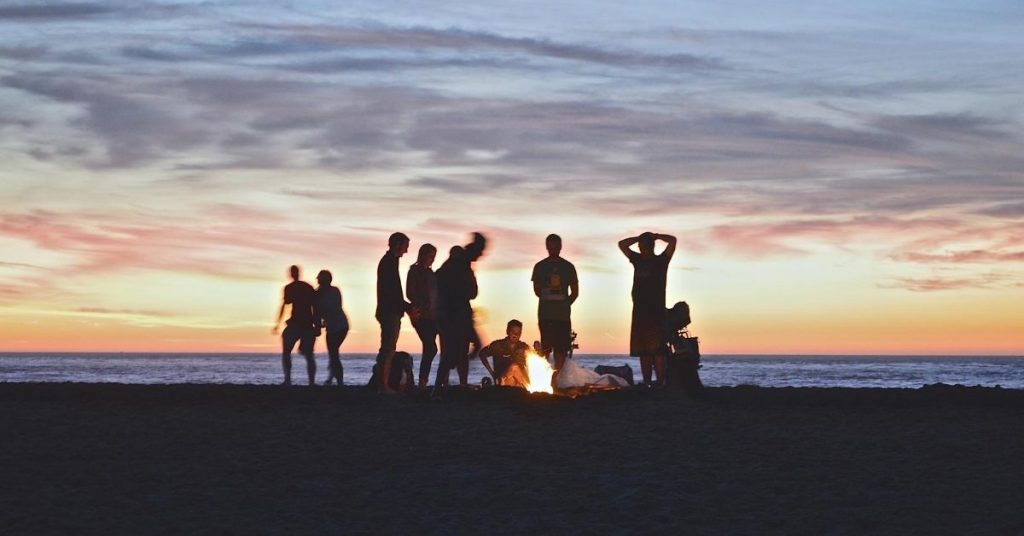 Some of the alternative events already being planned by schools in place of the cancelled events, include:

tags: Articles hope 103.2 teenagers year 12
0
previous The Sale of Tik Tok in the USA is a Foretaste of the ‘Splinternet’, Says Cyber Expert
next World’s First ‘Donation Dollar’ Designed With Colour to Inspire Generosity Throughout Australia
Related Posts