As any frequenter of romantic movies will know, sometimes they’re just plain exhausting. Entire plot lines could be resolved if only they had one clear conversation and stopped nannying about.

Emily Blunt (Mary Poppins Returns) and Jamie Dornan (Robin Hood) star as Rosemary and Anthony, the youngest residents of neighbouring farms whose parents have long hoped they’ll end up together and carry on the rural legacy of each of their family lines.

Anthony is extremely shy and convinced he has a “tininess of mind” that prevents him from finding happiness and hope in the world, whereas Rosemary is a dreamer who sees the hand of God in the tiniest of moments.

It’s clear they both have affection for each other, but Rosemary wants to wait for Anthony to makes the first move, and Anthony isn’t confident he’s the kind of guy who can. If the two don’t get a hurry on, however, Anthony faces losing the farm to his American cousin (John Hamm) who is also unmarried but “better built” for farming life.

Based on the play Outside Mullingar by the film’s writer and director John Patrick Shanley, Wild Mountain Thyme feels like a fable of long ago, with a touch of fantasy and whim and a gentleness of heart that captures your imagination.

Rosemary and Anthony have quirks they wonder if anyone can embrace and, as they wrestle with whether or not who they are is acceptable to the world, you see child-like uncertainty and curiosity creep in as they work out how to relate to one another.

Alongside the love story, Wild Mountain Thyme also delves deeper into the dynamics of one generation passing the baton to another.

Anthony’s dad Tony (Christopher Walken) is grizzling about what to do with his property and what his late wife’s wishes might’ve been, and how Anthony would handle the responsibilities of their legacy. There are some touching exchanges between the father and son, as they hash out their history and thoughts – all with the reservation and stoicism of true Irish gentlemen.

Anthony’s cousin also offers a sage thought, asking Rosemary about her intentions to marry Anthony and how the long-held dream has impacted her. For a long time she’s held out hope that he’ll finally make a move, but is that really healthy? Has her dream brought her misery or happiness?

It makes the viewer also wonder, ‘are there dreams I’m holding onto that aren’t serving me anymore?’.

As the Bible says in Proverbs 13, “hope deferred makes the heart sick, but a longing fulfilled is a tree of life”.

Is our hope in something that will lead to fulfillment? 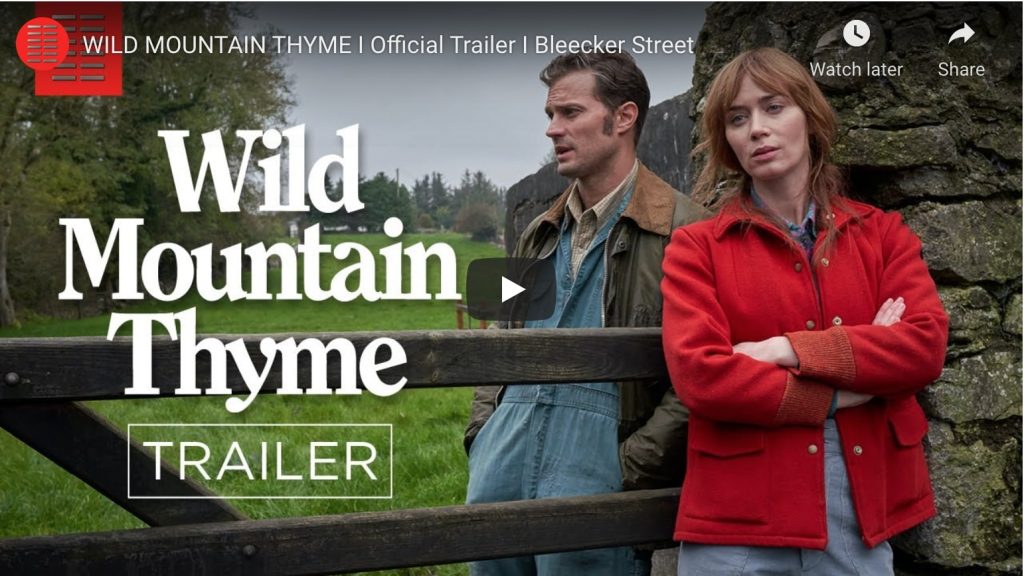