There’s a phrase I hear a lot. It’s usually some variation on the following: “There’s no one right way to parent.”

In the past I’ve politely nodded my head in agreement while experiencing an uncomfortable inner tension. I’m agreeing because I want to be considerate. I don’t want to start an argument. But the inner tension exists because… well… there is about 60 years of evidence that there is a right way to parent. Actual science. Decades of it. All saying the same thing. It’s pretty well irrefutable. There is actually a right way to parent, and for the most part it seems to cross cultural, racial, religious, language, and other boundaries. It doesn’t change with time.

In the 1950’s a researcher named Earl Schaefer identified 3 things that parents must do to improve their likelihood of raising children well. These three practices (or dimensions) are that parents should ensure they show:

3. psychological autonomy where their child has a sense of volition over their life, which he argued was preferable to psychological control by the parent over the child.

Schaefer argued that this is the right way to parent, and that the best parents would be accepting, firm in their control, and give their children psychological autonomy – or the ability to think and make decisions for themselves.

In the 1960’s, the world’s most famous parenting researcher, Diana Baumrind, developed Schaefer’s ideas further and started measuring child outcomes based on how parents practiced these three habits. And she did something else that has irreversibly changed the way we talk about parenting.

Baumring created a model or diagram that illustrated what good parenting looks like. Baumrind took Schaefer’s acceptance vs rejection and called it “responsiveness”. She said parents show responsiveness on a continuum. Some are low, some are high. We could call responsiveness nurturing or warm. It’s a parent who sees a child struggling and goes to them, focuses on them, is present with them, and loves them. You can see what this looks like here:

In Baumrind’s hands, firm vs lax behavioural control became “demandingness”. Some parents make high demands of their children; some make few or no demands of their kids. This demandingness could also be thought of as limit-setting, boundaries, and expectations. You can see what this looks like here:

Over the decades, research has shown that optimal parenting combines responsiveness and demandingness. Many people think that they’re separate ends of a single continuum. You’re either be strict at one end or you’re warm at the other end. Like this:

But this is wholly inaccurate. They’re actually two separate dimensions.

This means that a person can be high on both, low on both, or high on one and low on the other. (Or they could be anywhere in the middle on either or both.)

Then Baumrind spun one of these practices 90 degrees and created a 2×2 table that defined parenting practices as “parenting styles”. This highlighted that a person can land anywhere in these four quadrants (below) and be categorised into a “parenting style”.

The 4 Most Common Parenting Styles 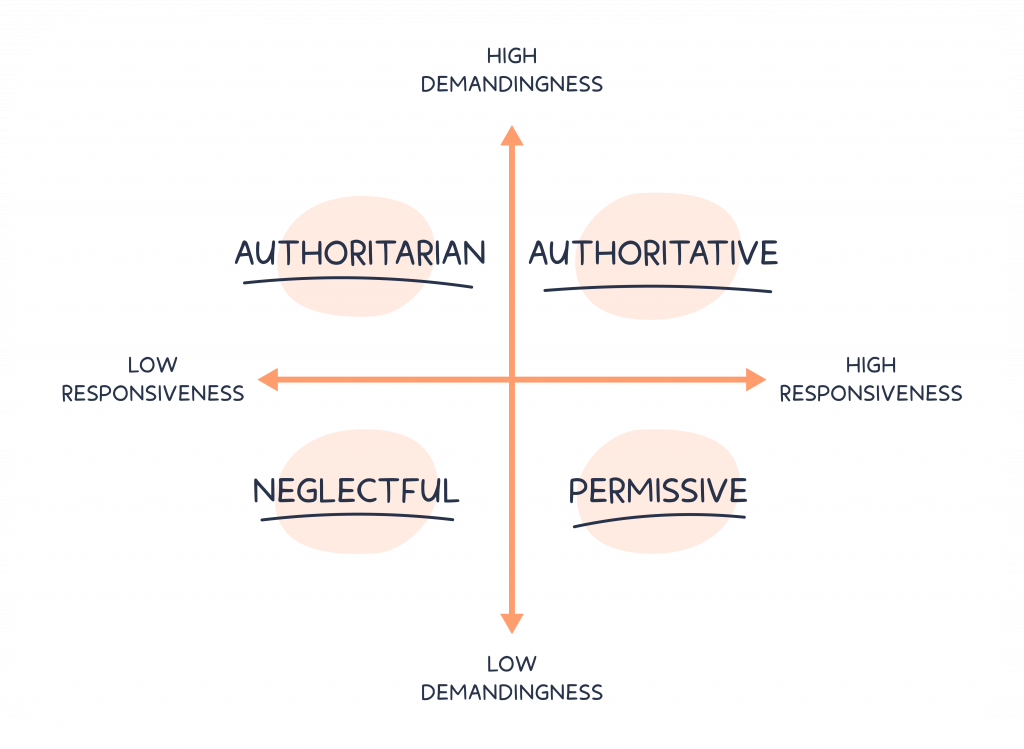 Some people are low on love and warmth towards their children, and they’re also low on limits and boundaries. In other words, they don’t show much interest in what their children do, and they don’t show much evidence that they really care about their children. These parents are known as ‘neglectful’. Children raised in neglectful environments typically struggle because basic relationship needs are unmet. They do poorly in school and with friends. And they typically lack self-regulation, meaning they make poor choices around alcohol and other drugs, treating others well, and keeping the law.

There are some parents who are ultra-loving and super-warm, but they’re so concerned with kindness they regularly choose to forego limits and boundaries. The kids get away with anything and everything. These parents are known as ‘permissive’. Other names for this parenting style include ‘laissez faire’ or indulgent’. They’re slightly different things, but they (I think, wrongly) all get lumped in together. Some research shows that indulged children may behave in entitled, spoiled ways. And because of their heavy reliance on others to meet their needs, they may struggle with resilience. They can also be resistant to limits because they are not used to having them imposed.

Authoritarian parents are strict and are often lacking in warmth, especially when enforcing limits. Their way of being towards their children can be “I’ll say it once. I expect you to do it. And if you don’t, I’ll come down hard on you. I’m not talking for the fun of it.” Many parents swing between permissive and authoritarian. They give and give and give. They’re kind and permissive, and they let the children keep getting away with more and more and more until they can’t take it anymore. Then they lose it. They blow up and things get totally out of control. Kids who grow up with hardline parents will often be rebellious – so long as no one is looking. And families can be fractured because of the cold, harsh way their parents respond.

In her original concept of authoritative parenting, Diana Baumrind suggested that authoritative parents ought to rely heavily on their power to coerce their children to comply with limits. And that they should just do it warmly, where possible. The idea here is that we clearly show we are the parent, and we have firm, strict rules. We just need to stay warm and “kind” while we’re putting our kids in time out or removing privileges from them for doing something we don’t like. Baumrind and others who researched with her approve of negative sanctions and argue that you can have them even while being warm. I don’t buy it. I’ll explain why in a moment.

What about autonomy vs control?

You will have noticed that Baumrind’s parenting styles ignore this crucial third dimension of great parenting. There are plenty of research studies that highlight the importance of it but it’s often overlooked by practitioners and other “experts” because it doesn’t fit into the model. Yet it may be this third dimension that is most important (and that also underlies why authoritative parenting cannot use negative sanctions as a matter of course). 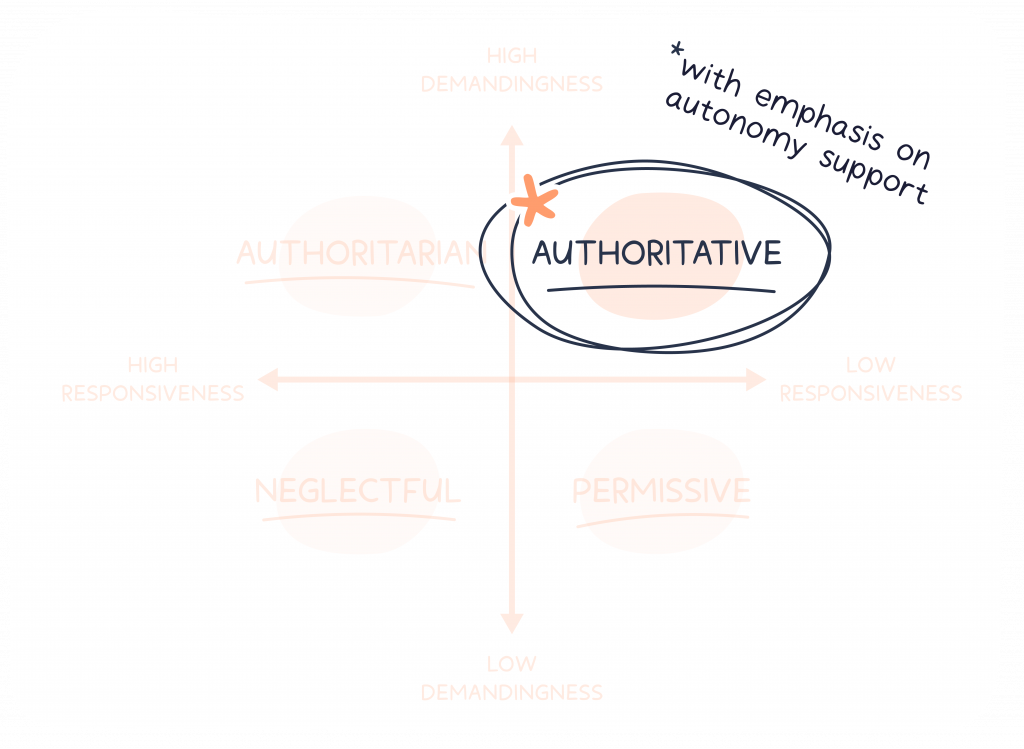 When parents focus on autonomy, they give their children a sense of control and volition over their choices. This will be within developmentally appropriate guidelines decided by the good judgment of parents who listen responsively to their children, particularly when they are making demands of their kids. It is important to highlight just how critical this parenting practice is. A parent will be warm and responsive to a 2-year-old in a different way to a 12-year-old. But they will always state what they expect, respond with warmth and perspective, and problem-solve with their child. That’s great parenting!

When we only look at responsiveness and demandingness, we miss this crucial element of the best way to parent. You can’t be authoritative without supporting autonomy. To be authoritative (which is the gold standard) means that you have expectations, demands, limits, boundaries, or whatever it is you prefer to call them. When you establish them with your child, you listen responsively and explore how they feel about those limits. Then you work together to ensure that everyone can work with those boundaries, or that your child understands them well.

If a parent doesn’t do all of this, but instead says, “Here’s how it will be. You’ll do it. I’m the parent. I love you and I want to be warm, but if you don’t listen you’ll go to your room”, then that parent is not being responsive. They’re scoring high on demandingness, low on responsiveness, and low on autonomy support. They’re being authoritarian.

When parents practice authoritative parenting the right way, it gets us away from punishments and rewards. By using this third often-overlooked dimension we take the very best that authoritative parenting offers and we move away from those negative sanctions because, for the most part, they become unnecessary. As author, Alfie Kohn, describes, adding autonomy support to the conversation takes us away from “doing things to” our children, and focuses us on “working with” our children.

This parenting style is NOT a soft way to parent. It requires openness, flexibility, and a strong positive relationship. It demands that we know what we are asking of our children and why. And it means we have the humility to recognise we don’t know everything.

The third part of this process, problem solving, is the autonomy-supportive, powerful part of the process. It is where we invite our kids to come up with their own limits and we guide them accordingly. This is how they internalise and “buy-into” the rules – because they’re making them up with us, rather than having us demand it of them.

Studies show that when we get this right, we build our relationship and we strengthen our children’s ability to make great decisions. Our discipline problems are reduced. Our children do better at school. They’re less likely to experiment with alcohol and other drugs. They choose better friends. They live better lives.

In fact, studies suggest pretty clearly that there is a right way to parent. It’s authoritatively – with a big emphasis on autonomy support rather than control. By letting go of power and by developing our children’s ability to make good decisions for themselves, we make better kids, and happier families. 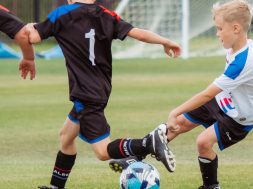 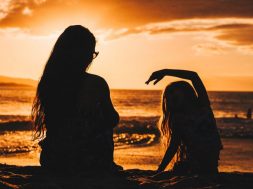