You may not be able to get to the movies right now, but Amazon’s sci-fi thriller The Tomorrow War makes you feel like you’re watching a big screen blockbuster at home.

Like so many movies of late, The Tomorrow War was originally intended for a cinematic release, until Amazon Studios saved it from its COVID fate and bought it for a rumoured $200 million.

Why all the fuss?

Well it does have Chris Pratt in it, and it’s the first major movie he’s been part of as both its star and executive producer. Its story also isn’t half bad – even if there are some plot holes and obvious flaws in its narrative logic.

Dan Forester (Pratt) is an out-of-work scientist who gets drafted to fight a war happening 30 years in the future. His enlistment comes after soldiers from the war return to the present day to announce humanity’s impending demise, and their need for recruits to help them save mankind from the alien White Spikes.

The Tomorrow War feels rushed in parts, especially when it skips over why none of the civilian recruits are trained for the battle, and why they have to go in so blindly to the future. After all, these people are meant to be saving the world, at least prep them on what they’re about to face.

Its relationship between the present and the future is also a bit confusing, with some of the “normal” rules of time travel not applying. Certain plot moments also seem to carry greater weight than necessary, given that in a world where time travel exists they’d be completely fixable.

What’s more important in The Tomorrow War, is its thinly veiled commentary on the responsibility the current generation has to “save” the next.

What’s more important in The Tomorrow War, is its thinly veiled commentary on the responsibility the current generation has to “save” the next.

If we could see what’s coming down the line, and the things that would render the human race extinct, would we do anything different now?

It’s hard not to take it as a reference to the climate change debate, with characters in the movie saying governments are “all talk and no action”, and that if the soldiers involved them in their plans to save the world they’d just form an “ineffective committee”. It’s a definite burn.

In the midst of the action and the metaphors though, The Tomorrow War is really anchored in a story about family.

It’s about what we’d do for them and the significance of fathers and how it affects us when we feel our family has abandoned us.

Dan gets the privilege of stepping into the future and seeing where he ended up, and what kind of father and husband he became. He gets the chance to change what he doesn’t like, and imbue his present self with the wisdom he gained in his travels.

The rest of us have to take it day by day, but what The Tomorrow War can offer us is an awareness of how all our daily decisions ultimately shape who we become. 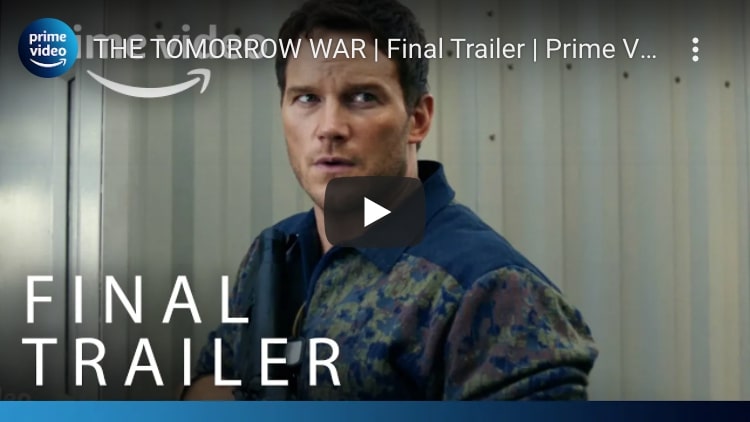 tags: action movies Articles hope 103.2 movie review
0
previous “Disability Isn’t In My Vocabulary”
next Grieving Can be One of the Greatest Paths to Joy – Award-Winning Artist Ellie Holcomb
Related Posts