Home News “We Are Committed”: World Vision Pledges to Stay in Afghanistan

“We Are Committed”: World Vision Pledges to Stay in Afghanistan

“We Are Committed”: World Vision Pledges to Stay in Afghanistan

The Taliban has taken control of Afghanistan, but World Vision is not going anywhere.

On August 15, the Taliban seized Afghanistan’s capital Kabul. The Taliban, a militant group that brutally upholds Sharia, or Islamic law, had ruled the country from 1996 to 2001.

Their return to power came amid the US’s withdrawal of troops from the country.

US forces and their allies, including Australia, had been in Afghanistan since 2001, following the 9/11 terrorist attacks.

Though thousands of Afghans are trying to flee the repressive rule of the Taliban, World Vision, which has been providing aid to the country for decades, said they will remain.

“We remain committed to getting kids educated, and to having families have a life where they have clean water and they have health care. And I don’t actually see those things stopping.”

“We remain committed to getting kids educated, and to having families have a life where they have clean water and they have health care,” – World Vision CEO Daniel Wordsworth

Well before the Taliban took control, the Afghan people were suffering. Almost 18.4 million people, including 8.2 million children, have needed humanitarian and protection assistance in 2021, World Vision said in a statement.

“Families who are already struggling to survive destitution related to this conflict, a devastating drought and the effects of COVID-19, are now resorting to desperate measures to protect their children, including against child marriage.”

For Mr Wordsworth, World Vision begins from a position of positivity and hope.

“[Our] job is to overcome it and to do something good, and that’s what we do.”

And, added Ms Charles, the humanitarian charity puts faith in the people of Afghanistan.

“History has shown that the resilience and fortitude of the Afghan people is extraordinary,” she said.

“But it has its limits. They are now at their most vulnerable and we cannot abandon them.”

“History has shown that the resilience and fortitude of the Afghan people is extraordinary… They are now at their most vulnerable and we cannot abandon them,” – World Vision national director Asuntha Charles

The charity is also stepping up its efforts in Haiti, which suffered a devastating 7.2-magnitude earthquake on August 14.

According to reports, 700 buildings collapsed including hospitals and churches, and 2410 homes were destroyed. 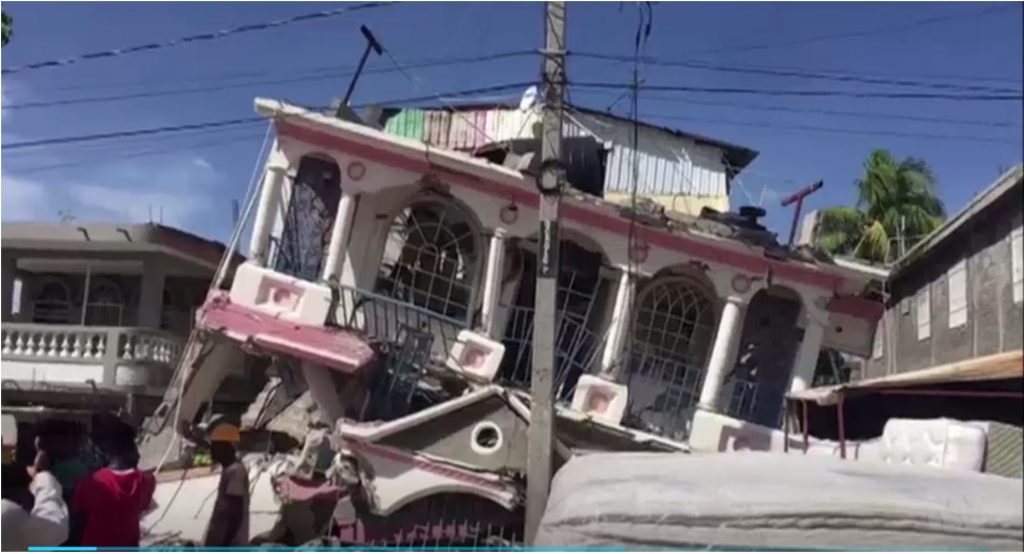 “We are deeply concerned about the devastation that this earthquake causes in a country already hit by extreme poverty, social and political unrest,” Marcelo Viscarra, National Director of World Vision Haiti, said.

World Vision reports it will mobilise staff to the affected area of Les Cayes, south of the capital Port-au-Prince, to determine what is needed.

“We are concerned by the limited capacity of attention of the authorities, who have their hands full with the care of the pandemic,” Mr Viscarra said.

“And now the hospital centres are flooded with patients injured by the earthquake.”

For more information about the work of World Vision, visit their website.