As NSW has just decriminalised abortion, Unplanned is a timely release. The first thing to acknowledge ahead of this review, is that people’s beliefs about abortion are complex.

CONTENT WARNING: Some readers may find descriptions of abortion confronting,

Debate often circles around whether there are two lives involved with their own value and rights, or only a Mum with a choice to make her about her body.

In Christian circles, some feel that God’s divine design is undermined by abortion; that human life begins at conception, and we can’t take a life that God has assigned a purpose to. Other Christians don’t prioritise that view, and so here we sit, in grey muddy water that our ideals suggest should be clearly black and white, but our life experience says can’t be approached so bluntly.

Unplanned is the true story of Planned Parenthood clinic director Abby Johnson. After meeting some of the team during a college expo, Abby joins the organisation wanting to help women in crisis. She’s had two abortions of her own, and proudly advocates the company’s support of women’s rights, and “alternative reproductive services”.

Eight years in though, Abby witnesses an abortion on an ultrasound screen, and can no longer accept the reality of what she’s been part of. Abby leaves Planned Parenthood, and starts working for a pro-life group to educate women about the full ramifications of their decision, and to discuss the options they have.

Given that Planned Parenthood is one of the most powerful organisations in the US, with donors including the Bill and Melinda Gates Foundation, the Buffett Foundation and the Ford Foundation (a charitable arm of the car company) Unplanned hasn’t had a very warm welcome in its home country so far – with some questioning the veracity of Abby Johnson’s story.

A Kindness in the Way the Story is Told 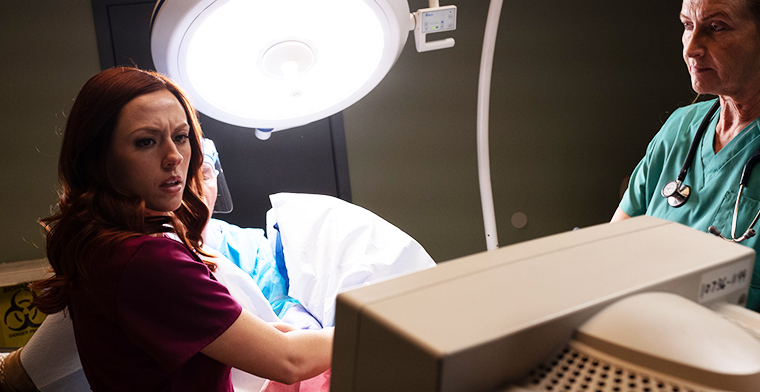 However, while it’s clear Unplanned is made to support the message of pro-life advocates, there’s a surprising kindness to the way Abby’s story is told.

When Abby begins her employment with Planned Parenthood, it’s because she wants to do something to help. She’s empathetic, loving, and her new colleagues and friends are the same. They’re a crew of women who want to support women, and Unplanned credits them for the care they give. Abby’s boss Cheryl represents the dark side of the clinic, dismissing Abby’s concerns about why abortions are part of her KPI’s, and why alternative care isn’t being offered.

On the other side of the fence, we see a breed of pro-life protestors who recognise “baby killer” posters and “dressing as the grim reaper” doesn’t help anyone. Young couple Shawn and Marlisa side-step the stereotype of saccharine Christianity we see in movies, and instead offer genuine grace from the heart of a pastor.

Unplanned doesn’t besmirch either group for choosing their views, it just tells the story of a woman in the middle who changed her mind.

For Abby, the abortion she witnessed was crucial to that. Her own experiences had been harrowing (giving Unplanned its M rating), but as is common practise, she’d never seen an ultrasound of her babies. It wasn’t until she saw the way a foetus writhed against the chemicals and was vacuumed out of the womb so nonchalantly that she was compelled to change.

In making the movie, directors Chuck Konzelman and Cary Solomon knew Unplanned would confront the increasing normalisation of abortion.

“Part of the rationale for abortion being as available as it is in our culture,” said Chuck, “is [a belief] that the foetus is nothing more than a clump of cells…. Most everyone is coming to realise because of the ultrasound, that isn’t the case, it is actually a baby.”

Abby Johnson said, “There’s no justice for the unborn because we don’t see them die. Because [abortions are done] in secret, people don’t really understand what’s taking place inside the womb.”

It’s this ‘insider’s perspective’ that gives Unplanned its credibility, but also makes some scenes quite distressing. Notably those in the ‘P. O. C.’ room.

“The P.O.C. room stands for ‘Products of Conception’,” said Cary. “The slang term in the clinic was ‘Pieces of Children’. It’s a room in the centre flanked by two abortion procedure rooms. After each abortion the remains are passed through the wall into the P.O.C. room where they’re reassembled, and checked to make sure all the pieces of the baby have been removed from the woman, otherwise the woman could die from infection.” 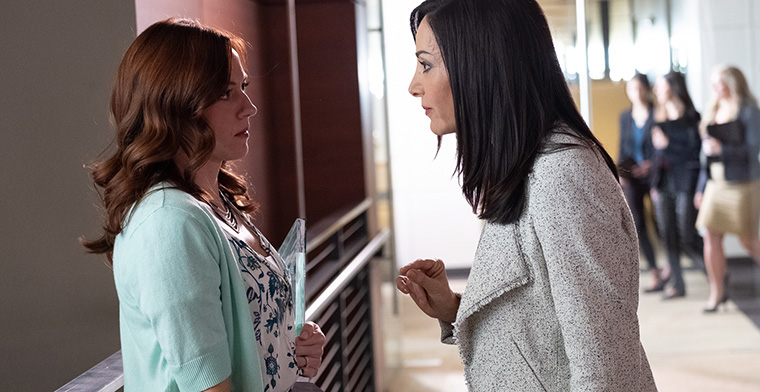 Unplanned doesn’t sensationalise the reality of a room like that existing, but it’s a lot for audiences to deal with, and hits close to home for actress Ashley Bratcher who plays Abby.

In the lead up to the movie, Ashley told her Mum about her new role, and she responded quite emotionally. When Ashley asked why, she found out she’d almost been aborted herself.

“I said, ‘Mum what’s wrong?’” said Ashely. “And she said, ‘You don’t know this, but I was there in the clinic [when I was pregnant with you], in the room to abort you, and I got up and walked out’.

“I had no idea. It’s a very different concept to hear someone say, ‘abortion was an option but I chose not to do it’, as opposed to hearing you were seconds away from never having existed. It’s really evidence that God has just planned my steps long before I ever stepped foot on earth.”

The producers also feel God had His hand on their production, as they invited a team to pray over each day, committing the story into His care.

“We had Catholics, Evangelicals, all kinds from different denominations,” Cary said.

Ashley recalls, “I remember filming the most difficult scene in the movie – the chemical abortion scene, and not realising that not only our prayer team, but some of our crew members were standing outside of the [set wall], holding it up with their hands, just praying over the scene.”

It’s a unique thing to see on a movie set, but speaks to why Abby Johnson is passionate about telling her story.

“My heart, my prayer,” said Abby, “Is just to go out and expose what’s taking place inside these abortion facilities and to let people know that there is hope, and there is healing. There’s forgiveness and there’s no condemnation for what we’ve done in the past… Unplanned is a way to reach [audiences] with the heart of Christ.”

Unplanned will certainly divide viewers, but its saving grace is that it’s Abby’s true story. Audiences may not like it or agree with it, but it’s what happened to her. Abby set out to do something that helped people and cared for them, then realised she could’ve done that differently.

It presents audiences with another perspective to add to mainstream views on the subject – encouraging them to consider that while abortion is legal, it’s not something they have to do.

As Cary said, “Sometimes the most powerful thing you can do is change your mind, and that’s what Abby did.”

Unplanned is in select cinemas now and available via https://www.unplannedfilm.com/ Rated M.