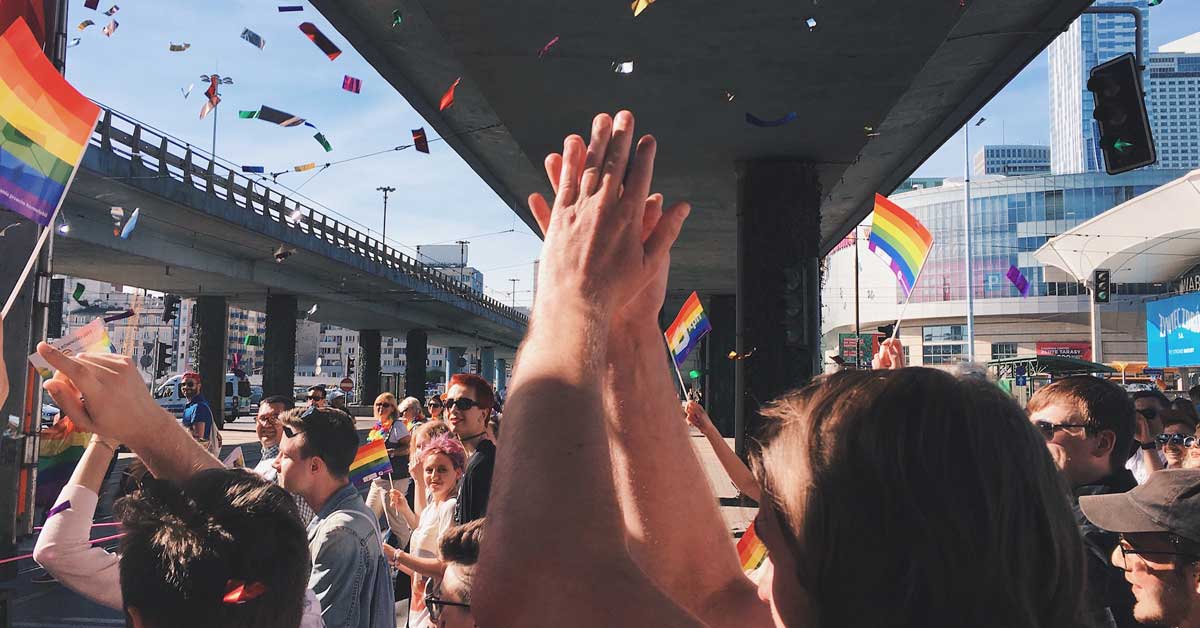 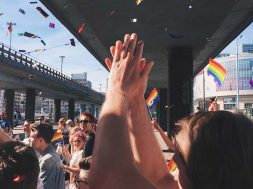 The head of a leading Christian media outlet has called on ‘No voters’ to accept Australia’s democratic ‘Yes’ for same sex marriage, with good spirit and grace.

Simon Smart, executive director of the Centre for Public Christianity, said today’s majority vote for gay marriage was a sign of the pluralistic times we are in, and that conservatives shouldn’t fear the change.

“You’d hope, and I’d expect, that people will respond to this with calm, and grace, knowing that the sky won’t fall in because of this result,” he said. “It’s important for people to accept the democratic decision of the people, which in this case is a fairly strong vote in favour of same sex marriage. And it’s important to recognise in a democratic system you sometimes accept the will of the people that might be different from yourself. “

Mr Smart said people of faith need to realise Australia is no longer the conservative religious nation it once was.

“For people who are Christian, they do have to recognise that the world has changed, and countries like Australia, even though they have a very strong Christian heritage, are much more secular today,” he said. “There’s only 52 percent of people on the census who say that they associate with a Christian denomination. That presents a challenge to people of faith… you have to recognise where people are at.”

Discuss Your Views with Compassion and Love

With many hot-button issues now on the national agenda, Mr Smart urged believers to follow the Bible’s advice to show ‘gentleness and respect’ when disagreeing with others.

“There’s an incredible polarising of opinions in lots of areas,” he said. “Not only same sex marriage, but also asylum seekers, euthanasia, environmental care. Christian people have to engage in these discussions…but in a manner that’s in harmony with, the one who we say we follow.

“Jesus himself had convictions, but at the same time engaged with people with grace and compassion and love. Christians need to be able to embody that.”

With much of the No campaign having been around fears for the future of Australia, Mr Smart urged people to move forward in a positive way, living at peace with difference.
“I often think of the prophet Jeremiah when he addresses God’s people, the Jews, as they’re taken from Jerusalem into exile…in the city of Babylon,” he said.

“We have a tendency these days to demonise opponents and caricature their arguments…we can do better than that.”

“And he doesn’t ask them to ‘close ranks and remain aloof from the culture, be detached and judge them’… He tells them to ‘build houses, settle down, plant gardens and eat what they produce…and seek the peace and the welfare or the prosperity of the city’. He calls the people to use their talents and resources to promote the common good of the city. And that seems a really exciting thing for me, a worthwhile thing – serving the city, being part of the community, serving the people, and ultimately pointing them to Jesus.”

Australians need to get better at living in harmony with each other, Mr Smart believes.

“We have a tendency these days to demonise opponents and caricature their arguments, and sneering dismissal seems to be the tone of how we engage,” he said. “I think we can do better than that.”

Build Real Relationships with Those who are Different

Not only people of faith, but people of all persuasions, are better off when they befriend those they disagree with, says Mr Smart.

“Being in real relationships with people who think differently, reading things you don’t necessarily agree with, and trying to see the best parts of our opponents’ argument, not the worst parts…is the way I think we need to start moving forward,” he said.

He pointed out that people, and churches too, are at their best when they do this.

“Being in real relationships with people who think differently… is the way we need to start moving forward.”

“The benefits are enormous and innumerable…learning from other people, understanding other peoples’ stories, having empathy for people who may not be like you,” he said. “I think everyone stands to grow as a person when they take that approach.

He urges people not to fear difference.

“Sometimes it’s a bit scary,” he said. “I think people are mostly afraid of difference. We’re all a bit like that. But when we get past that fear, very often we find there’s great benefits to be gained from a real interaction, real relationship with people, who you might’ve thought initially were very, very different from you.”

Biggest ‘No’ Vote from Western Sydney

The announcement by the ABS head statistician David Kalisch, revealed that 61.6% of Australians who answered the survey ticked ‘Yes’.

In the inner cities of Sydney and Melbourne the ‘Yes’ figure was more than 8 in 10 voters, while the biggest ‘No’ vote (73.9%) came from the Blaxland electoral division in Sydney’s west – which includes suburbs like Bass Hill, Villawood and Yagoona.

If the parliamentary debate around marriage law is swift, LGBTI couples may be allowed to marry as early as Christmas, although amendments may keep debate going into 2018.