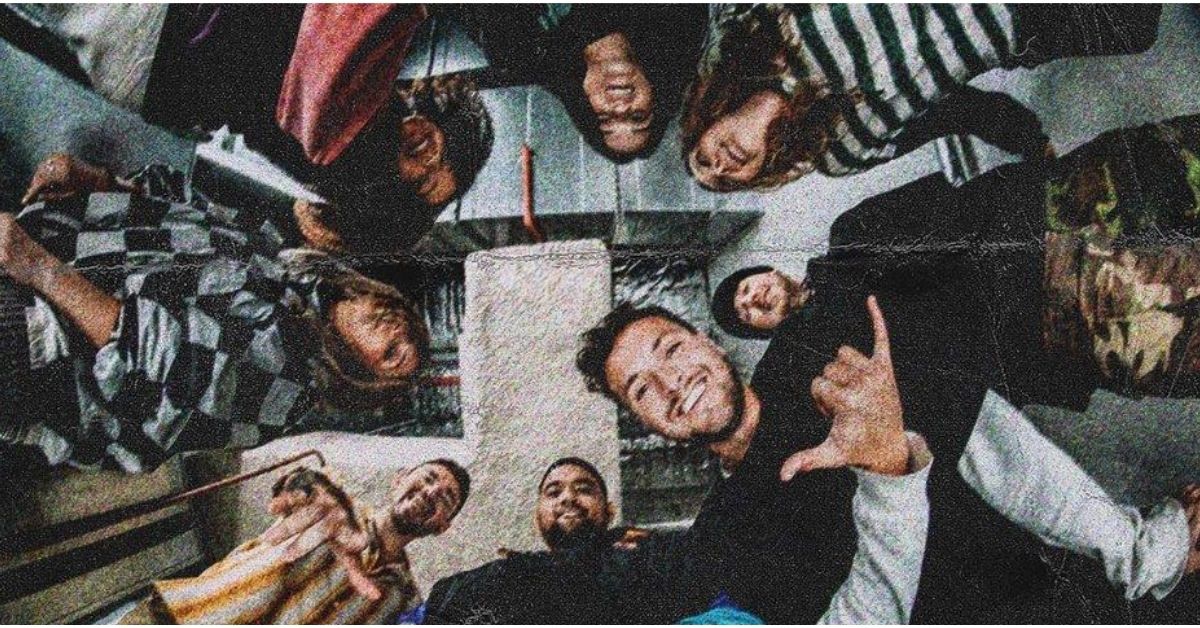 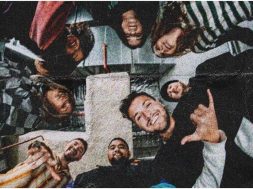 When Hillsong youth band Young & Free recorded their new album All of My Best Friends, Australia was in the throes of what’s been dubbed the ‘Black Summer’.

Bushfires were circling Sydney as thousands of teens prepared for the church’s annual Summer Camp – where the live album was set to be captured.

What was an outdoor event just outside of Sydney suddenly became an indoor event at the church’s Hills campus – and one that Young & Free worship leader Alex Pappas says ended up capturing the strong spirit of the youth.

“It was the coolest thing watching how resilient the young people in our church were,” he said. “Obviously they’d looked forward to Summer Camp all year and it had to change, but they brought the same level – if not more, of faith of energy and excitement; that night was just so electric and we’re stoked [that] people are going to get to experience that.”

Fast forward to the release of the album Friday morning, and the world is again in a time of uncertainty: one that All of My Best Friends serendipitously provides anthems for, as people experience variations of global lockdown. And while the album’s release has been long-awaited, due to pandemic-related delays – a subject that’s inspired plenty of humorous memes – perhaps the timing couldn’t have been better.

In World Outside Your Window the band sing: It’s not time to be silent / Don’t you dare hide your light / There’s a world outside your window / So don’t let it pass you by / I can hear the world awaken / Oh the sound is heavenly / Every tribe and every nation / Singing Jesus, I believe

Lyrics With an Element of the Prophetic 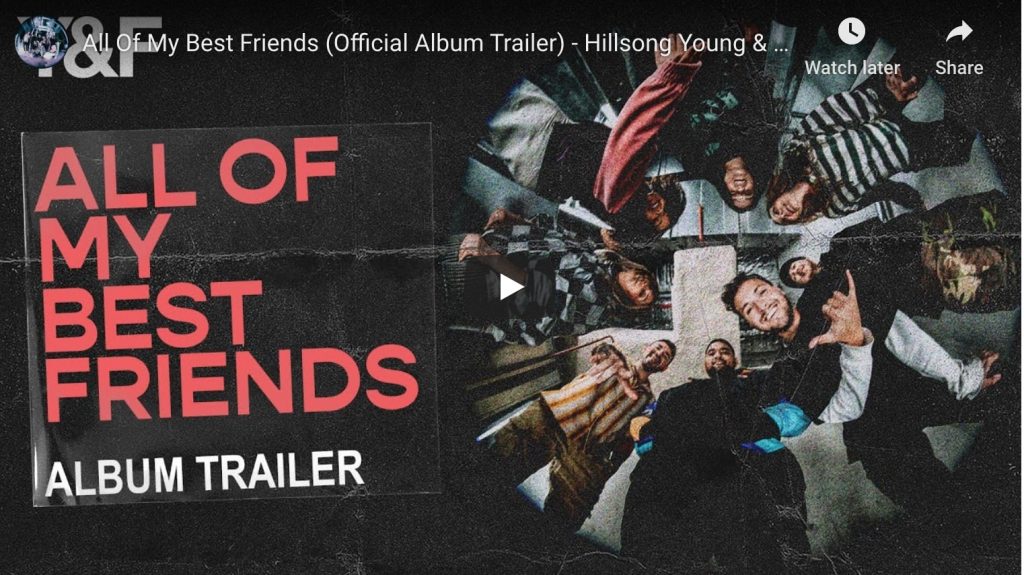 World Outside Your Window has been a personal favourite from the album for Alex, who in an interview said, “It’s so meaningful – and I would say prophetic – ahead of what we’re seeing take place in the world [now]. People are being enlightened to changes that potentially need to be made in the world on a global scale, but also a very individual scale.

“We [as a band] feel strongly about being a voice for change – and while people aren’t looking to us as a news source, we want to inform them about what God says and what the Bible says.

“To see people latch on to the [reality that] there is a world outside our window, and that we play a part in making a change in it, I especially love; whether you’re 16 or 65 you can make a change in your world, and God is giving you all the tools you need to do it.”

“Surround Yourself With Friends to Stay Positive” 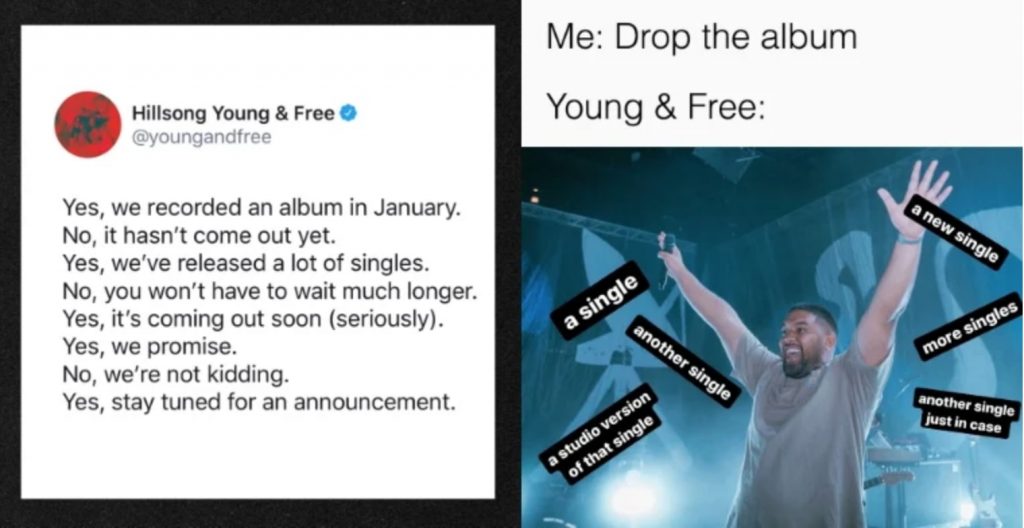 In this season as Hillsong have streamed online youth services and continued to lead young people in worship, Alex says he’s learned about the importance of being able to gather, and the ‘togetherness’ we can take for granted.

“This time does show the need for… church and community,” said Alex. “If you isolate yourself it’s really easy to let negative thinking and disappointment take over your world. But if you surround yourself with friends – whether or not you can be in the same place… it helps you stay positive and think about things bigger than yourself.”

Being Young & Free’s fourth album, All of My Best Friends also showcases how the band have grown musically, and in the first single Best Friends, how they weave their relationship to God with their love for “good music”.

Alex said of the track, “It may not sound like a worship song in an outright lyrical nature… but I truly believe [it reflects] a lifestyle of worship… where there is a community of people growing deeper in faith and in their understanding that there’s a world that needs to be reached and world that needs to be saved. [Best Friends reflects] a group of people choosing to go against cultural norms or expectations, and go against the flow.”

In the same way Christians can listen to music made by people whose lifestyle they don’t subscribe to, Alex hopes listeners outside of the church can find enjoyment in the music Young & Free create.

“Just because other people of the world don’t subscribe to Jesus yet,” Alex said, “… our prayer is that as we make, quote-unquote ‘good music’, that it would be that ministry tool that goes out and potentially peels back one layer of their heart, and perhaps they’ll become a little bit more open to the message of Jesus.”

Young & Free’s All of My Best Friends is available now. 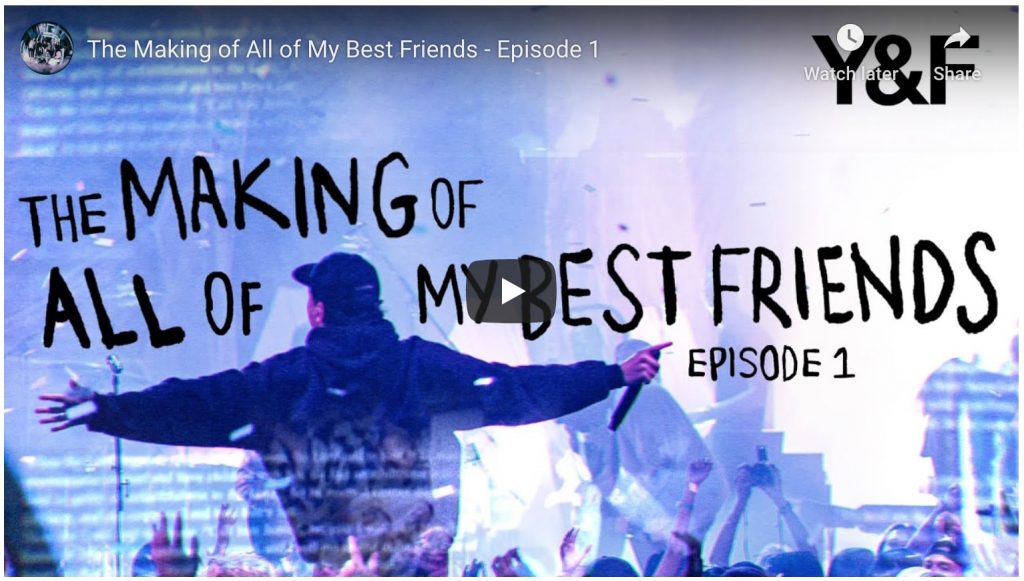 Feature image: All of My Best Friends album cover