Home Faith The Pleasure (and Value) of Changing One’s Mind 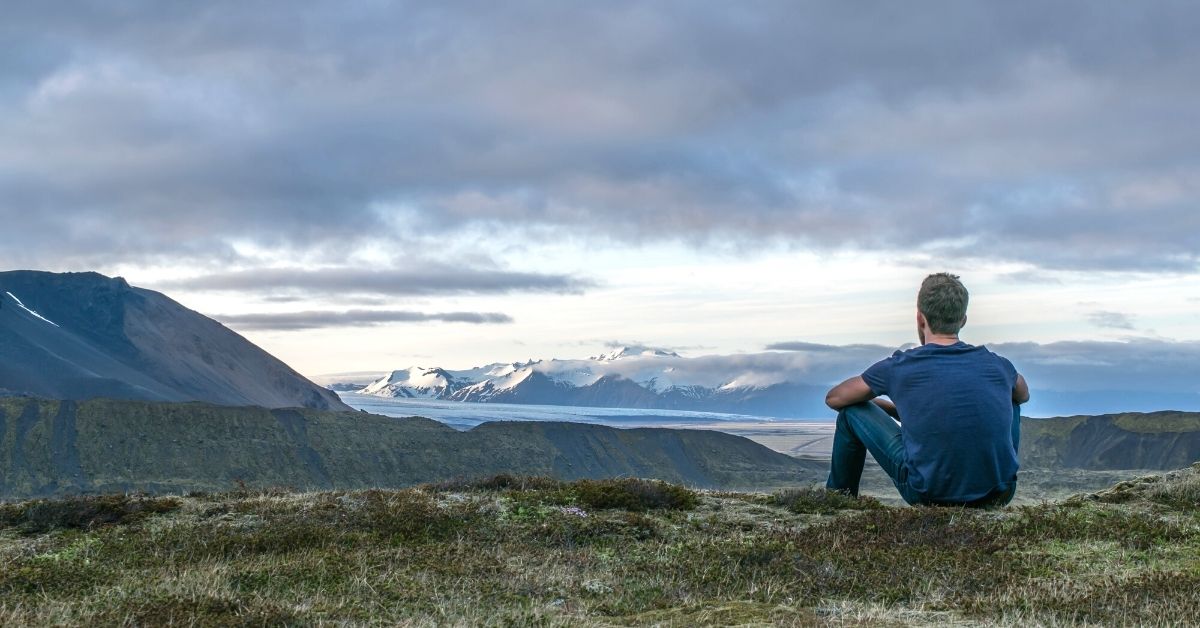 The Pleasure (and Value) of Changing One’s Mind 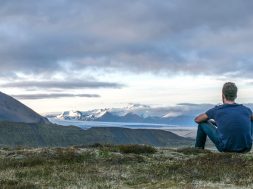 The Pleasure (and Value) of Changing One’s Mind

Woody Allen once said that “In California, they don’t throw their garbage away. They make it into TV shows.” For some reason, I’ve always associated that with reality tv shows.

Now in some respects that’s not being very fair to garbage, as there are some truly awful shows out there (I won’t name names). It’s not so much the overproduced, choreographed drama, or the formulaic cliffhanging moments before each ad break. For me it’s more of a recoiling at the deafening shrieks of authenticity blasting out the tv speakers. Too much self-actualisation and self-expression for my place of rest to handle.

You know what I mean right? People being the most embellished form of themselves. Villains and heroes being formed before our eyes, as their staunch mantras affirm or challenge our own sense of identity, ethics and values. ‘This is who I am, take it or leave it’. ‘Who are you to tell me how to live’. ‘Don’t try and change me’.

Well perhaps sometimes people should consider becoming someone else. In fact, all of us should.

Changing Your Mind Can Bring Joy

Last week I jumped on a webinar hosted by UNSW, featuring esteemed Psychologist Daniel Kahneman. Most people would know him as the author of Thinking Fast and Slow, and more recently Noise. Undoubtedly the most intriguing part of the interview came when he talked about ‘the pleasure of changing his mind’. He went on to share his lifelong attitude and approach to knowledge, learning, and personal growth – where changing one’s mind can indeed be a pleasure inducing moment.

How could that be? Isn’t it admirable, and a sign of sure intellect when we’re always right? Doesn’t it feel good to be right? To be able to say ‘I told you so’? To shame the wrongdoer or wrongthinker in their wrongful wrongness?

That seems to be the prevailing attitude in our hyper-polarised culture. Where every truth claim is debated, and every social media post has its detractors and agitators. To be mistaken is seen to be making a fatal misstep. Conceding ground to the ‘enemy’, and bringing the existential threat of your way of life ever closer. The easy thing to do is to find safety in numbers, and retreat to the tribe on matters of disagreement.

Admitting We Were Wrong Can be Good For Us

But maybe this cultural dynamic is creating an unhealthy attitude to knowledge, truth, relationships and identity. It might feel good in the moment, to sate your anger and sense of righteousness, but it rarely makes us happy or uncovers the truth.

And what if it’s ok to be wrong sometimes? What if it could be good for us even? Especially if we’re playing the long game of who we want to be, and what type of world we want to live in.

When it comes to changing one’s mind, it largely depends on what’s at stake. I suspect we could broadly identify four levels of belief, with differing levels of impact if we were to change our mind:

1) Inconsequential beliefs – Here we’re talking where the stakes are minimal. Can be trivial matters, or simply the sorts of everyday conversations we have about things happening in the world. i.e. becoming convinced a sports figure is better than you gave them credit for (like LeBron James).

2) Practical beliefs – These are beliefs that suit us because they work. Best practice etc. Tend to be pretty fluid and we make these calls all the time. Whether it’s figuring out a daily routine that keeps you motivated, keeping the peace in familial relationships, or enacting policies that help the office run smoothly.

3) Cerebral beliefs – Beliefs that we intellectually hold to be true, but don’t necessarily affect or change our behaviour. They’re often based on how we assess and understand data, but don’t necessarily compel day to day behaviour I.e. Climate change being real, and yet still living as if it’s not. Knowing exercise to be good, but failing to implement it consistently. Believing we should look after the poor, but not giving to charity or homeless people in the street.

4) Fundamental beliefs – These are the beliefs that are core to who we are. A mixture of intuition, longings, biases, experiences, and rationality. Probably the hardest category to move, but by far the most significant when we do. Our fundamental beliefs shape our everyday behaviour, commitments and practices. The things that we find meaningful will be the things we build our life around, and make time for.

I suspect we’re able and willing to change our minds from stages 1-3 with varying levels of success, but stage 4 almost never changes.

But sometimes it does.

Around 2004, the renowned Philosopher Antony Flew was reported to have become a Christian. This was big news because not only was he a giant in the field of Philosophy, but he was a noted anti-theist who openly refuted the existence of God for most of (if not all of) his academic career.

“When I finally came to recognise the existence of God, it was not a paradigm shift, because my paradigm remains…we must follow the argument wherever it leads.” ~ Antony Flew

So when whispers abounded that he had become a theist there was naturally all kinds of speculation about the state of his mind, they probably still persist today. Anyway in 2007, Flew published There is No A God: How the world’s most notorious atheist changed his mind, and he said this:

“My departure from atheism was not occasioned by any new phenomenon or argument. Over the last two decades, my whole framework of thought had been in a state of migration. This was a consequence of my continuing assessment of the evidence of nature. When I finally came to recognise the existence of God, it was not a paradigm shift, because my paradigm remains…we must follow the argument wherever it leads.” (There is No A God, p 89)

The Conversion of C.S.Lewis

He also wrote of debating another prominent voice who advocated the Socratic imperative. C.S. Lewis, who many would know from The Chronicles of Narnia, was a regular fixture at the Oxford debating club. But only after he himself had dramatically changed his mind, and gone from atheism to theism. Lewis’ changing of the mind was undoubtedly a Christian conversion though, and ‘the most reluctant convert’ at that. His life and books continue to inspire and move millions of people long after his passing, and a movie of Lewis’ life (with that title) was released in selected cinemas earlier this month.

Christianity is one of the most fundamental shifts someone can make. It affects everything, and at its best inspires stunning individual and societal change.

Baked into the Christian worldview is the paradox that weakness can actually become a form of strength. Now just to be clear this isn’t a call to be ignorant, weak or stupid, but to instead learn from your mistakes, and use them to become a better human. To be grounded in reality, and know that we are not as invincible or perfect as we can sometimes deceive ourselves into thinking. Concepts such as Repentance, Humility, and Grace are a regular reminder that our nature is compromised, self-serving and vain. And that when left to our own devices we will often lead ourselves and others into dark places.

The Christian Call to be Open To Change

The Christian vision for life is one based on contemplation, introspection, and renewal. It means taking ownership of our weaknesses, and striving for incremental growth in supportive communities. It means being teachable, being open to feedback, open to change, open to new experiences. Loving knowledge, truth and beauty. Exhibiting epistemic and relational humility. Being slow to arrive at truth, rather than hastily jumping to conclusions. Analysing the world, and people around us with care. Enacting justice based on the particulars of a conflict. Showing love to all, and championing causes that serve the common good. It’s an all-encompassing vision of life. And one worth pondering if you’re unfamiliar.

It’s ok to be wrong, and the Christian faith understands that our thoughts, ideas and actions will be faulty, flawed, and flat out wrong more often that we’re aware. But it also has an inbuilt sense of optimism, and hope for human flourishing when we turn to God. Truth is knowable when we practice discernment, logic and humility. Individual change is attainable when we value character, morality, and wisdom. Lasting pleasure and peace is possible when we resist our animal instincts, desires and compulsions, instead looking to the God who gives ‘life in abundance’ as Jesus says.

I ripped on reality tv shows earlier, but having said that my wife and I recently enjoyed Parental Guidance. I won’t go into all the details of why, but one of the satisfying aspects of the show was that while each unique parenting style brought a confidence and conviction as to what parenting can be, there was also an openness to learning new things for the sake of familial growth. And this was liberating for them. It can be for us too.

It’s ok to be wrong sometimes. It’s ok to change our minds about things. It can even be a life changing moment.

About the author: Aaron Johnstone is writer and content creator with City Bible Forum and Third Space, gained his a Masters from Sydney Missionary & Bible College, and has a passion for connecting Christianity with culture.

tags: Articles faith personal growth third space
0
previous You’re Not One of Those Evangelicals Are You?
next When Faith is a Quest
Related Posts