The debate over whether abortion should be decriminalised in NSW has begun, with State Parliament set to tackle the Reproductive Health Care Reform Bill.

Independent Member for Sydney Alex Greenwich introduced the reform bill last week to remove abortion from the NSW Crimes Act, which would end the 119-year criminalisation of abortion.

The standalone bill plans to reform “the law relating to terminations of pregnancies and regulate the conduct of health practitioners in relation to terminations”. It would allow for terminations after 22 weeks with the consent of two doctors, if they believe the procedure should be performed considering future medical, physical, social and psychological circumstances.

Who is Supporting, Opposing and Undecided

The Reproductive Health Care Reform Bill has been based on laws in Queensland and Victoria.

It has an unprecented number of “co-sponsors”, in other words those backing the bill, including the following MPs (Members of Parliament):

Those in the upper house co-sponsoring the bill include the following Members of the Legislative Council (MLCs):

The bill is also supported by Premier Gladys Berejiklian.

Those who have stated their clear intention to oppose the bill include treasurer and deputy Liberal leader, Dominic Perrottet, and Police Minister David Elliott.

Some ministers remain undecided include the Attorney-General Mark Speakman.

The Anglican, Catholic and Greek Orthodox churches have also spoken out against the bill, while the Uniting Church has taken the position that abortion should not be treated as a criminal issue.

The bill is expected to pass in the lower house this week, and then be referred to the upper house Social Issues Committee for an inquiry and report by next Friday. 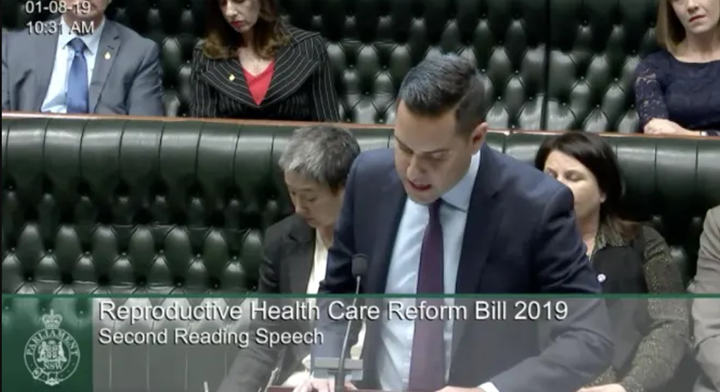 Dr Best said it’s a very complex situation but the bill has gone too far and needs a lot more thought.

“This is a complex situation, because on one hand there are rare occasions where an abortion is needed to save a mother’s life, where there is no hope of saving the baby – the baby can’t possibly survive if delivered. So we should support decriminalising abortion in principle as it’s sometimes needed to save a women’s life,” Dr Best said. “However, this bill has taken the opportunity of decriminalising abortion but it’s gone a lot further, including things that are new, are very undesirable, removed any restrictions up until birth and the right of doctors, pharamcists, nurses – all health professionals – to conscientiously object to being involved in an abortion.”

Dr Best said it’s important for people on both sides of the argument to know the Reproductive Health Care Reform Bill doesn’t have sufficient safeguards for women.

“There are no requirements for counselling, which medical professionals advise before and after pregnancy, there is no requirement that the women agrees to the abortion, no require that the doctor is trained in performing abortions, and it doesn’t require that any data is collected. They want to review the Act in five years but we won’t know without data. But, we do know babies are born alive after abortion procedures and nothing will be done to save that baby’s life.”

“There’s a belief that this bill is much too fast and it’s inappropriate to rush it through when, in fact, you can get an abortion already. This bill is inadequate and what’s the rush? Why don’t we take the time to get it right. It’s a difficult issue for society but, if carefully considered, it is the right move to decriminalise abortion,” Dr Best said.

“Let’s take time to make sure it’s a safe and fair bill before it gets passed. The safety of women is really inadequate in the current bill.

What can Christians do?

“I think Christians should pray,” Dr Best said. “Politicians have received a lot of information and are quite overwhelmed with the amount of emails. Contacting MPs is more of a distraction than anything else.”

Dr Best also advised that more ethical issues are to come and people should be talking with their local members about their concerns now.

“This bill shows the value of letting your MP know about issues early. Don’t wait until the last minute, you need to talk before it becomes an emergency.”

About the Author: Beth is a digital media manager and writer from Sydney, Australia.