The great Australian dream of home ownership is still alive and well, even among the emerging generations. However, analysis of the largest 7 capital cities in Australia shows a clear trend of both house and unit prices growing faster than incomes over the last four decades.

Least affordable properties are in Sydney

The least affordable properties of both types are in Sydney with units now 9 times annual earnings, and houses 14.3 times earnings. In real purchasing power terms, Sydney units are now twice as expensive in relative terms now (9.0x earnings) compared to 1981 (4.3x earnings). Over the same period of time, Sydney houses have become almost three times as expensive in relative terms (from 5x annual earnings in 1981 to 14.3x today). 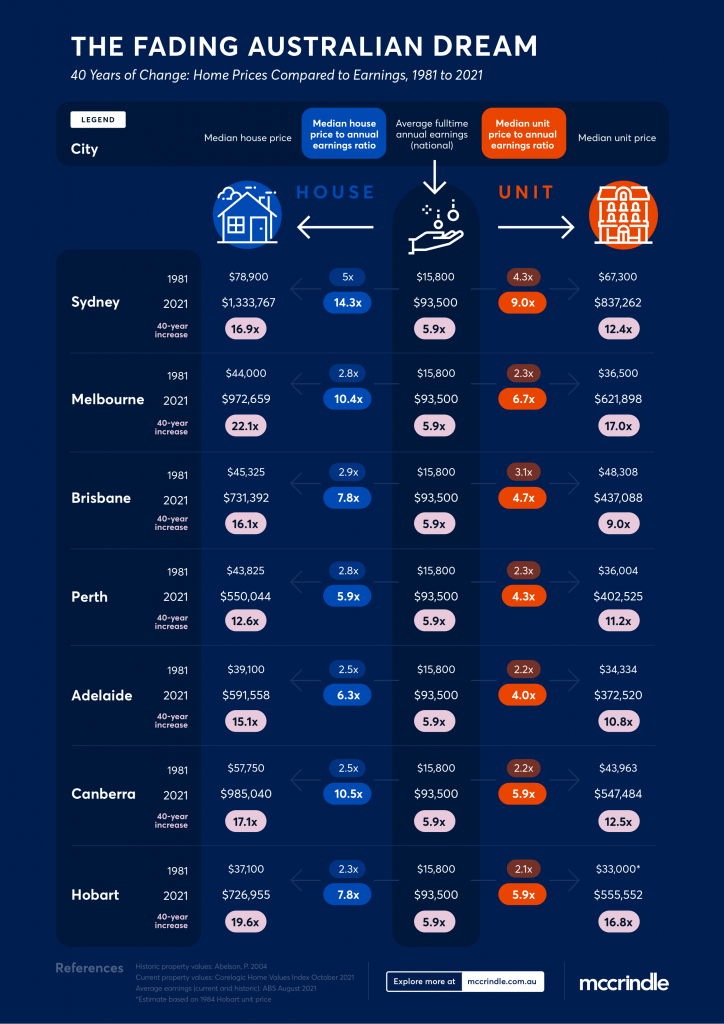 tags: Articles mccrindle property research
0
previous The Future of Housing In Australia
next The Future of Shopping Centres in a Digital World
Related Posts The ‘Slap’ – A Reflection on a Moment of Public Humiliation