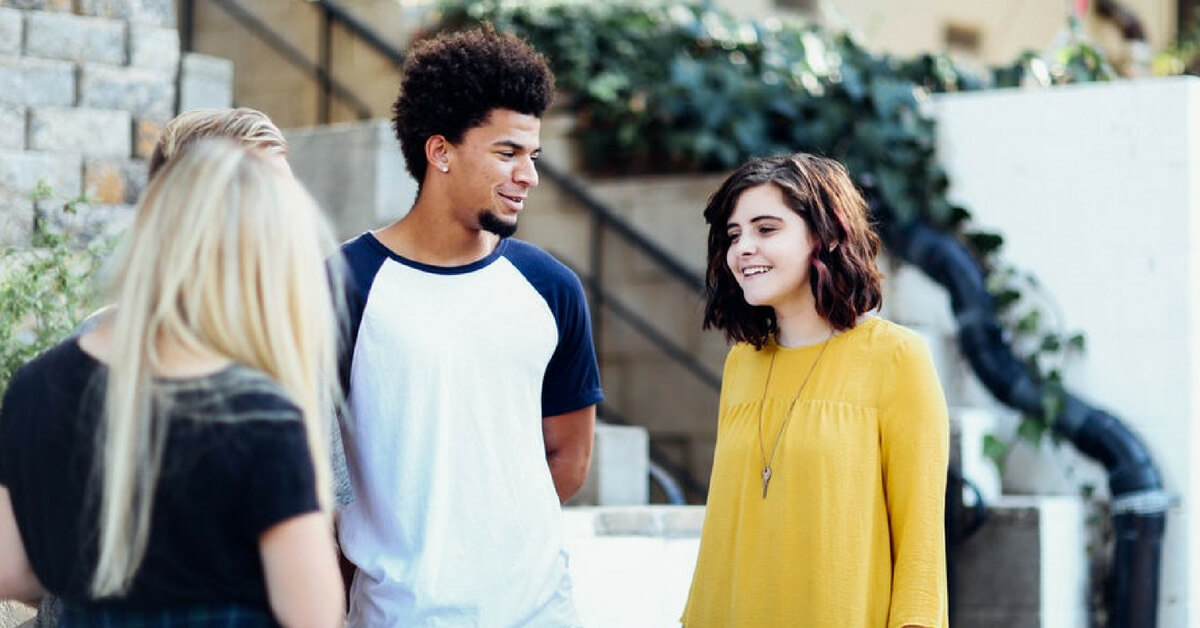 The (Dying) Art of Introduction 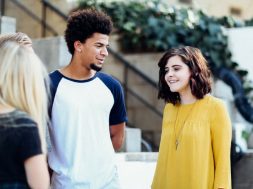 The (Dying) Art of Introduction

This is the scenario: you’re attending the 5th birthday party of a kid from your kid’s class (you can’t leave because you’re still in that super awkward stage of supervised play dates with strangers) OR you’re standing in the foyer of your church after the service ends OR you’re at a professional development gathering with a bunch of colleagues. (Choose one.)

Either way, you’re in a crowded room of people you don’t know very well.

Take a deep breath, it’s going to be okay.

Hurray! You spot someone you know. They are talking to a couple of people and you mosey over their way and stand at an appropriately polite distance to indicate your desire to join the conversation without interrupting something that could be private. The person you know turns to you and says, “Hello! how are you?”

You chat for a few minutes and then the conversation comes to a close. Your acquaintance then turns to the strangers alongside you and resumes their conversation.

And you return to feeling super awkward.

I have been the new person in the room so many times this year, and one thing I am noticing is that we seem to have lost the art of introduction. It seems most common among those under 40, and it is particularly dismal with people under the age of 25.

How to Make Introductions

If you are standing with a person you know, and they don’t know anyone else, then you are the Official Introducer. If you have advanced emotional and cultural intelligence or you’re just quite brave, you may even assume the role of Official Introducer in a group of people you have only just met. (Note, this is never me.)

Some examples: “James, this is my dad, Tony. Dad, this is my new boyfriend, James.”/ “Sarah, this our CEO, Mike. Mike, this is our new account manager, Sarah./ “Jemma, this is my Pastor, Peter. Peter, this is my neighbour, Jemma.”

In old-school society, men were always introduced to women, (“Anita, this is my friend Paul.”) but I am sure that if you want to use the above rules, those rules should most definitely trump any gender rules. I’m also of the opinion that everyone’s a ten, so it might also be okay to break the rules of hierarchy. (It may depend on the formality of the environment, any cultural differences, and how well you know the people you’re introducing.)

When making introductions to a group of people, introduce the group to the individual(s). “Yvette and Leigh, I would like you to meet Steve, Joan, Amanda, and Tom.” Say each name slowly so that your guest has a greater chance of remembering them.

The Next-Level-Introducer is one who can include some useful information to help propel the conversation past the initial introduction.

Last night my Next-Level-Introducer friend Stephanie (over 40!) did this beautifully.

“Yvette, I’d like you to meet Gemma, Jeannie and Kate. Everyone, this is Yvette. Yvette and I have known each other for many years. How did we first meet, Yvette?”

Her question gave me the chance to say something to the group.

A skilful Official Introducer will be one who can think of something really great to kick off a conversation with a new friend. (It should be something nice, and not weird.)

Weird: “Jenni, meet my friend Amanda. Amanda has 6 toes on her right foot and last week she had a minor procedure to remove a suspicious looking mole on her thigh.”

Not weird: “Jenni, meet my friend Amanda. Amanda has just returned from a short-term mission trip to Cambodia. You’ve spent some time in Cambodia too, right?”

Tips for Being Introduced

1. Look people in the eye and smile. (Note, that it is rude in some cultures to look people in the eye. Be culturally intelligent.)
2. Offer a handshake. Women don’t always shake hands with men, so if you’re a man, wait to see if the woman extends her hand. (Is this a weird or sexist comment? I’ve just noticed that gracious, polite, classy men generally let me take the lead on the whole handshake business.)
3. Say something like, “It’s a pleasure to meet you,” and endeavour to be the one to kick off the conversation.
4. Always stand for introductions.