Home News The Church in Las Vegas: Shining a Light in the Midst of Terror 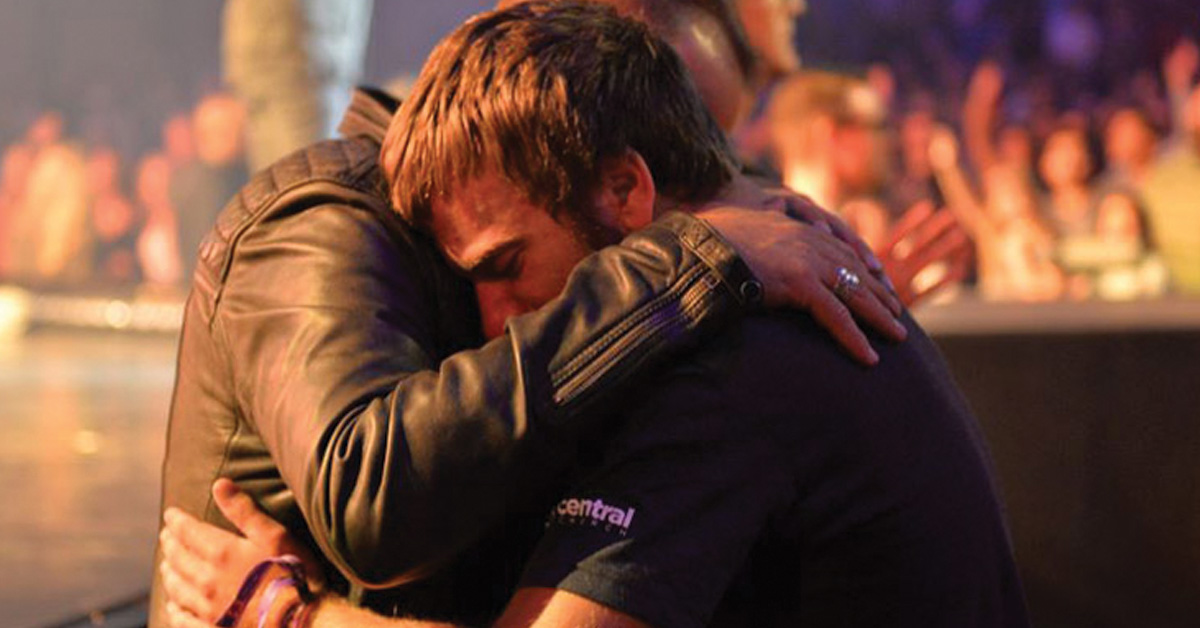 The Church in Las Vegas: Shining a Light in the Midst of Terror 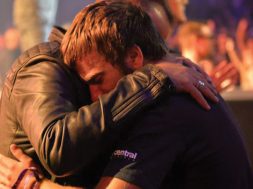 The Church in Las Vegas: Shining a Light in the Midst of Terror

Just 10 minutes’ drive from the Mandalay Bay Hotel in Las Vegas, where the recent terrors took place, around 2000 people meet every week in the community of Summerlin to worship God.

They are the people of Central Church, a Christian church with 25,000 people in campuses around the world including several in Las Vegas.

When the horror of America’s worst ever mass shooting began to unfold, Tim Perkins, the Summerlin campus pastor, was safe at home—but his thoughts were with his many church members who he knew would be down at The Strip enjoying the Route 91 Harvest country music festival.

“It’s basically right in our backyard, right down the street,” he said.

Last night we came together to show that we are #vegasstrong … one of the highlights of the evening for me was witnessing our team of pastors praying with those who are hurting because of the shooting. I captured this beautiful moment with @bonniemaynard praying with 3 sisters. #prayforvegas #hopeforvegas #ilovemychurch #centralonline

Speaking on the phone after a special worship gathering to pray for his city, Tim said many in his church had been wounded in the shooting and some had tragically lost people they loved.

“Some of them are still reeling from what they saw, some still recovering in the hospital, some undergoing surgeries, some have lost family members,” he said. “It struck the heart of our church and our city. Minute by minute we’re still getting more text messages, more phone calls coming in, of people who are part of the Central family who are critically wounded or have lost loved ones.

“We’re still in the thick of it. Our church and our city is still very much in shock.”

Responding With Love and Practical Help

With a mission to bring love and hope to their city, Central Church was quick to respond to the terrifying incident, helping both the victims and the emergency workers. They sent teams into hospital to visit and pray with those who were wounded or grieving the loss of a loved one, and were delivering water and food to police officers who were working 12-hour shifts.

While Las Vegas has long had a reputation for being a city of vice, with many labelling it ‘Sin City’, Tim likes to call it ‘Grace City’ and said it was heartening to see the generosity of not only his church, but of people right across Vegas. People were queueing for up to nine hours to donate blood, and many stories have been filtering in about peoples’ heroic and courageous acts to help one another.

“Las Vegas is known for a lot of things, but hopefully this kind of changes the conversation on a global level of what Las Vegas is all about,” he said.

There is Still Hope in the Midst of Terror

Wow! What a night to experience the love of God bringing hope to thousands. Indeed an honor to witness how God used @judwilhite & the entire @centralchurch team to unselfishly give of themselves for their community. Special blessing was tag teaming with friend @mikefoster2000 praying for those directly impacted by this sad, senseless, horrible killing. "We will not give in to fear, hate, nor violence, but choose to lean into God. He is our refuge." @judwilhite #prayforvegas #vegasstrong #hopeforvegas

While the gunman’s motive is not clear and authorities are still trying to uncover what drove his horrific actions, Tim said the incident wouldn’t divert them from their cause.

“At the end of the day, evil is present in our world, and hate, therefore, is a result. And acts of senseless crime like this are a byproduct. So from that standpoint, it doesn’t surprise us, but nevertheless it breaks our hearts.”

Tim urged people to pray for his city.

“We believe that prayer changes things. It’s not our laws that change hearts or change hate, but God…who can turn hate into love. I would ask that you guys would pray for our church leaders and our city officials, to have wisdom navigating this time, and that the heart of our city would be turned to God.

“Pray for our city, our nation, to lean into God in the aftermath of this and find hope and healing in Jesus, to encounter his love, his radical grace, his healing power. We would really appreciate your prayers.”

Central Church was founded 50 years ago and now holds services in 13 locations across USA, Australia and Mexico, as well as 11 services in prisons around the Las Vegas area. They meet in from church buildings and performance theatres, to prisons and bars.

Central’s senior pastor Jud Wilhite encouraged the people of his Las Vegas churches after the horrors of the shooting, with a video message (below). He relates the story of Jesus walking on the water in the midst of the storm and telling his disciples, ‘Peace, be still’.

The Hope for Vegas Fund

To help Central Church continue their work in supporting those affected by the victims of the gun attack, you can donate to the Hope For Vegas appeal. Funds donated will go towards medical needs and costs, counselling, and overall relief for victims, families, and others affected.

My hope and prayer is that you’ll allow Jesus to walk into your heart and say, “Peace, be still.” #prayforvegas #vegasstrong #hopeforvegas

Listen: Las Vegas pastor, Tim Perkins, talks to Clare Bruce about how his church is responding to the terrifying shooting attack in his city. Image: Churchgoers pray for one another in a prayer service on Monday night. Many of the people of Central Church witnessed the shooting, were injured or lost loved ones. Source: Instagram / Central Church

Article supplied with thanks to Hope 1032.

About the Author: Clare Bruce is a digital journalist for Hope 1032.

tags: Articles las vegas news terror trending
0
previous 10 Tips for Looking After Your Mental Health
next How Free Should Australia Be?
Related Posts

To Space and Back: Sir Richard Branson Aboard Virgin Galactic Unity 22