Home News The Blessing Australia: How A Song and a Global Movement Unified Our Nation’s Churches

The Blessing Australia: How A Song and a Global Movement Unified Our Nation’s Churches

The Blessing Australia: How A Song and a Global Movement Unified Our Nation’s Churches

When Kari Jobe, Cody Carnes and Stephen Furtick of Elevation Church began improvising a song based on the Biblical ‘Aaron’s Blessing’, little did they know it would soon be a source of comfort for millions during a pandemic – sparking a global movemement of cross-denominational worship.

On Sunday June 7th, The Blessing Australia video was released (watch below), featuring the voices and instruments of musicians in over 300 churches from multiple denominations – from Anglican to Catholic to Pentecostal, and many of Australia’s Indigenous churches. Famous faces include singer songwriter Col Buchanan; Taya Smith from Hillsong United; Aodhan King from Young & Free; author, theologian and musician John Dixon; Budjerah from Aboriginal Islander Christian Fellowship, and many more.

Laura Bennett caught up with Luke Munns, one of the key drivers of the project, to hear about its formation.

LAURA BENNETT: I have been so encouraged by the song The Blessing and what you guys have done with the Australian version. Tell us about how The Blessing Australia came about.

LUKE MUNNS: I saw ‘The UK Blessing’, and obviously the Kari Jobe one first, which is so anointed – and it impacted [me] like a ton of bricks… and the thought popped into my head, you know, “Maybe I should make an Australian one”. 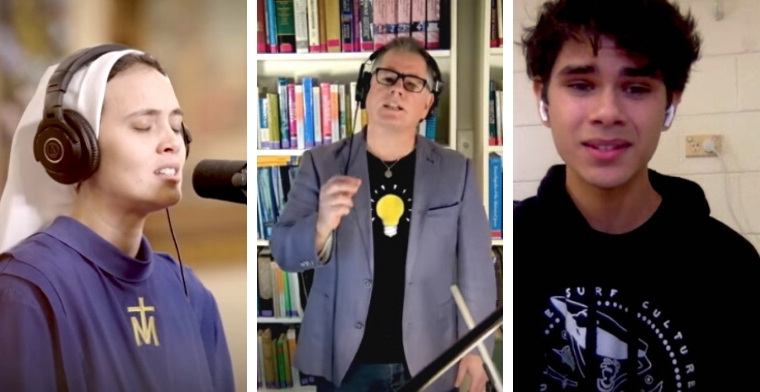 I thought about it and prayed about it. And over the next week, about five different groups all decided to start one.

Then the conversation came to me like, “Please make this; How’s it gonna happen? Can it be all combined? Can we all do this together?”

I got brought in by some friends at Soul Survivor (Church)… I just finished their EP at the beginning of this year. [People were asking], “Who can handle all the files? Who can do all the data loading and the putting it all together and the syncing of everybody’s singing?” And I was like, “I’m up for it”.

We’ve got an amazing team from all different churches. I think there’s about 12 to 15 of us all kind of working on this behind the scenes. And it came together like as a real unity project. It’s been amazing. 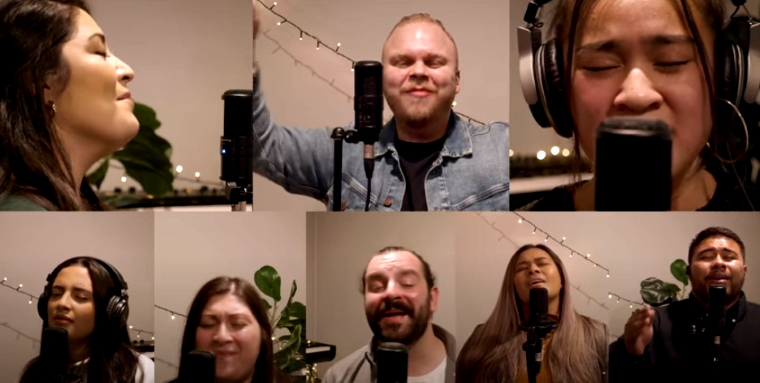 LB: Having a song like this that showcases so many different branches of the church body… and representing our indigenous church culture as well… Why did you want all of those voices in there?

LM: I think in the past… even in the Christian scene – we’ve been a bit, you know, sceptical of each other. We’ve looked at each other’s differences and said, “I don’t understand” or “I don’t like that”. But I think the powerful thing with this project is that we just decided straight out that we weren’t going to have a bar of that, that we were going to bring everybody together, and we were going to start to ask each other questions about, “How do you do that? Why do you do that?”

You know, I spent an hour on the phone to a Catholic friend of mine discussing like, “What’s the incense that you swing, and what does it mean, and how do you guys do communion?” and that was really powerful.

And then we ended up getting to meet some nuns in Saint Benedict’s Cathedral in the city. We got to meet an amazing indigenous man called Rebus who’s up in Tweed Heads, and another young indigenous man who sings on it, called Budjerah. And then obviously, Hillsong got involved, Planetshakers and the Anglicans, and everybody – you know, I can’t mention everybody, but everybody was keen to get involved.

Even from the point of view, for me that, you know, you’d never see even some of the Pentecostals working together – let alone now throw in the Catholics, the Anglicans and the Protestants. Everybody that used to be so segregated and sort of questioning each other, and sort of keeping to their own camps, have really come together around the name of Jesus. And that’s super powerful for me, and I really felt God like pushed me into that.

When I was praying, “God, do you want me to do this? Is this the way you want me to spend a month of my life?” I felt like this resounding “Yes” from heaven.

And not only that, but we didn’t realise all the other projects that were happening in the background… It was the Kari Jobe one, the UK one, and we started ours, and since then all the other ones have come out of the woodwork. There’s also one starting in New Zealand.

LB: Isn’t it amazing that one song has just circled the globe in so many unique ways – the original one with Kari Jobe I saw has over 3 million views or something…

LB: Oh my goodness… This song, and its message, is really getting such reach. What is it about the song The Blessing that you think has drawn such interest from people and means so much to people at this time?

LM: I think it’s a bunch of things. Like it’s actually a very selfless song in that it’s a straight scripture, put into a song – put to a melody.

And it came out of a spontaneous moment where Kari and her husband, Cody [Carnes], and Chris Brown from Elevation (Church), Steven Furtick, they were just sitting around trying to come up with something for the conference. And then this sort of just got birthed in like a spontaneous prophetic moment.

From there, everybody just grabbed onto it, sort of said, “There’s nothing for me to get out of this, but I’m just going to throw my weight, my creativity, my effort into this big global movement”. And I think everybody’s got the same heart in that in that, you know. I think God’s chosen this song and has birthed this movement.

And I can just imagine that the ‘fragrance’ of worship and unity going into heaven right now would be like nothing we could ever imagine. 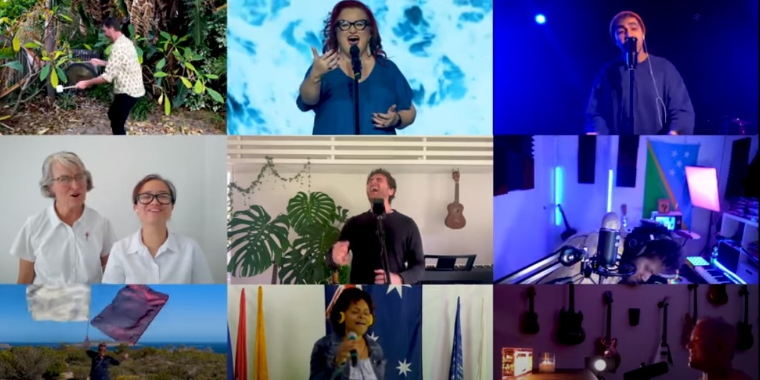 LB: God knew, right? The timing of it – the original song being released just before the pandemic hit, and then now its message and its scripture being spoken over everyone as we go through this season. Luke, thank you for what you were able to do with the Australian trip. We really appreciate it.

LM: My pleasure. It’s been a blast.