Home Entertainment and Arts The Artist Spotlight With Mike Rathke

Mike Rathke might be a new name to Christian music, but he has an incredible story of coming from a rough childhood, to meeting Christ and having his life transformed and then stepping into ministry.

Tell us how music came into your life, while growing up in a fractured home.

Music was always a big part of my life. My mother was really heavily into music and so was my biological father as well. But I grew up with my mother and step father and two siblings. And we lived in a rural trailer court in Kansas. Our mom had a lot of mental illness. She suffered from schizophrenia for as far back as I could remember. And so music was a definite outlet for me. I started playing guitar. I had a friend that moved in next door who played guitar. And he kind of got me started on that. And it really became an outlet for me. I’d spend a lot of time during the day. You know, if I wasn’t in school, I spend most of my day just playing guitar. I really always felt like it was a gift from God to be able to just to have something to kind of help to cope with things, you know. And it was always a great outlet.

Tell us about your journey from age 16 to 19 and becoming a Christian.

I actually went for a vacation Bible school when I was about 13. And I asked Jesus into my heart, you know. But that was kind of the end of it. And I didn’t really know anybody that was going to church or that was following Christ. So it just kind of laid stagnant. But even through those times, I always felt like the Lord was there and he would kind of pull back the reins if I started to get too far out there, you know? I always had that knowledge of God walking with me through things.

But it wasn’t until I was about 19 that I really felt like He wanted more from me. He did want me to say another prayer. He didn’t want me to say the sinners prayer. He was definitely calling me to a deeper level of commitment with Him. When I was 19, I was working for a groundskeeping company. And actually I was at a cemetery of all places. And I just kind of found myself listening to Christian radio, which for me at that time was, you know, unheard of. I had just felt compelled to listen to it. And then one day I was walking home from work and I felt like, the Lord said “You need to stop in this Bible bookstore. And pick up a Bible and just start reading it”.

And that was a really a pivotal moment for me, because as I spent time in the Word, just me and the Bible, it just became a deeper love for the Word and a deeper understanding of who God was. As a result of this, you know, the Word began to kind of file things out and tell me to make different decisions and different path choices. And it’s been a course correction ever since. I’ve constantly been walking with Him and He’s been steering me. 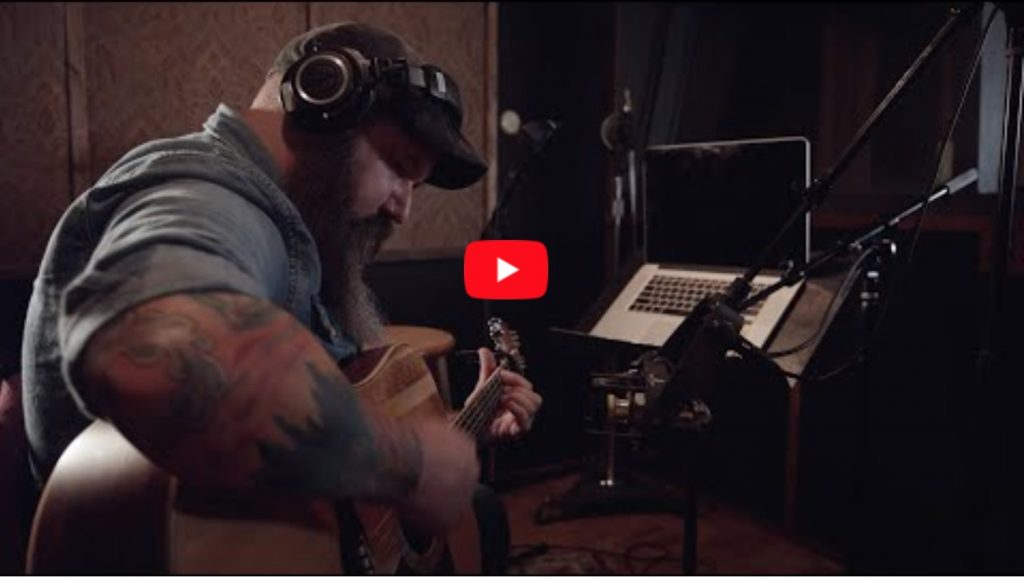 Did you ever think you would start writing and releasing your own music?

I always sort of knew that that was what I was supposed to be doing. But I never really felt like God had opened up the door for that time to happen yet. I always felt like He was just saying be patient and just serve me where you are and I’ll open those doors when it’s the right time. In my early thirties, I went to Christ For The Nations in Dallas, Texas. And I had every intention when I got there, “I’m going there and I’m going to try to get on the praise band”. But when I got there, I felt like the Lord said not to even try out for the praise team. So I just I went there and I served. I went to the school of worship and I served on the worship team there. But it just didn’t feel like it was the right time. And the Lord just kind of pulled me back and just saying, “just be patient and serve, I’m refining you. I’m working in you”.

So I’ve kind of always tried to live by that. And it seems like here in this past year or so the Lord’s really just started to open up doors that I never would have tried to open up on my own. And I said one thing, even before that – I’m going to put my hand on the door handle and just be patient and the Lord will open doors as He sees fit. And it’s been a really interesting past year. The Lord really seems to be doing some great things right now.

Tell us about your first studio recorded E.P. The Dawning Fire.

It was amazing. Even in that process, the Lord was putting His fingerprint on things. As we were going on the morning of the first day in the studio, we went to Nashville and I woke up in the morning and looked at my phone and I saw an old Facebook memory that popped up. And it said it was from four years prior. And this memory wasn’t. It said “On this day 18 years ago”. I said, “Okay, Jesus, I’ll follow you”. And that was a memory from four years ago.

So basically what I saw was that that day before I went into the studio, the work showed to me that it was on the anniversary of my salvation. There is so much going on that weekend that it slipped my mind that the first day in an actual studio happened to be on the 22nd anniversary of my coming to Christ. And I thought, wow! I mean, how awesome is it that the Lord  would show me that just at that time, just to kind of reinforce the fact that He’s doing something really cool here. And so that started the whole weekend. And that was such a great way to start the weekend, just to know that I’m walking with Jesus. And He’s putting his finger on this whole weekend. So it was amazing. And there were several things like that that happened throughout the weekend. But I don’t want to walk down the question. It was it was amazing.

Can you speak to the heart behind Every Era?

I wrote Every Era when I was still leading worship in Kansas, and this was before I went to Christ For The Nations. But I had a job where I had to get out pretty early in the morning. And I remember one morning I got up and it was still dark. I was drinking coffee and listening to a song by Matt Redman.

And as I was sitting there, I kind of just had this picture kind of play out before my eyes. I had my eyes closed. I don’t really tell people it was a vision from the Lord or anything, but it was just this image kind of came into my mind. And in this image, there was a congregation before a platform. And on the platform there were musicians of all kinds, there were cellists and violinists, and everyone was worshipping the Lord. And then after a few minutes of that, Jesus came out and sat on the throne. And when He sat down, all the musicians left the platform. And joined the congregation. And then that was sort of the end of it, but it really stuck with me and I wrote that song.

Around that same time, maybe a week or two after that. But it’s been a song that I’ve always played in churches. It’s always had a special place in my heart. And I think the biggest emphasis on it is the fact that; one, it’s that the body of Christ is so much larger than we can even imagine. It’s broadcast throughout all of history. From the day that God breathed into Adam to today. And so one day there’ll be a day where we all stand together side by side in worship.

The second thing is, that sometimes, especially as worship leaders, it’s easy for us to get our focus off track and forget that there’s really not to be anybody on the platform of our hearts, but Jesus. Sometimes as worship leaders, we can get kind of sidetracked on the arrangements of songs and just making sure everything sounds great. If you’re not careful, you kind of miss the point of worship and worship becomes an end to itself. 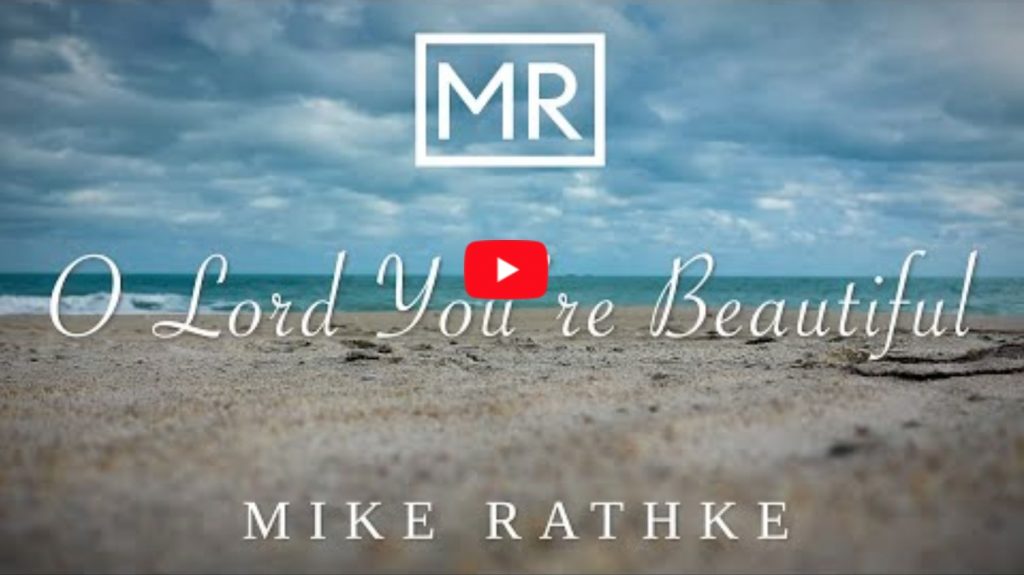 With the release of your new E.P. The Dawning Fire, what is your hope for people listening to your music?

Hebrews says to spur one another on towards love and good deeds. And if we can do that in a creative way. For me, worship music is one of those things that spurs me on and just gives me, just inspiration to run harder after Jesus. And so that’s really my hope for this E.P. – that the listener would hear it and would be there to see another angle of who God is and then just follow after Him harder and surrender more of themselves to Him in the process of listening.

Article supplied with thanks to Rhema 99.7.

tags: Articles featured music rhema 99.7
0
previous Why the Wife of Mao’s Last Dancer Had to Walk Away From Ballet
next ‘Bright Ones’ Teaches Kids a Better Way to Pursue the Creative Arts
Related Posts