Home Entertainment and Arts The Artist Spotlight With Josh Baldwin

Here’s Why You’re Qualified To Do Great Things

“Don’t Believe In God? Lie To Your Children”

Gen Y: Prioritising Lifestyle and Experiences Over the Accumulation of Assets

“God is Not Offended By People Asking ‘Why?’,” Says Christian Apologetics Author

In the Artist Spotlight, singer, songwriter and worship pastor Josh Baldwin talks about his latest album Live At Church.

In amongst COVID-19 Josh, you decided to release an E.P. called Live At Church. I’m sure the irony is not lost on you with the title of this particular release.

No, not at all. I will say we did plan to do that just before the quarantine happened. So not that anything about it is prophetic, but maybe it is. I don’t know. I’m sure the Lord will try to say something at all times and every day. I’m working on a new album right now of all new songs, and I’m in the studio right now working on that.

While I was doing that, I just kept thinking about these older songs that I’ve had that we sing in our church at Bethel all the time. And I just thought, I’d never got any live versions out of them. I’ve just been sitting on these versions. I was just talking to my wife and I was like, “I would love to release this before I step into this new season with new songs. There’s still those songs back there that I would love to just release these live moments of”.

Maybe two or three weeks into working on that, the quarantine came and so we knew we were all going to be home. So then we were thinking about the release date. At first I was like, “Wow, I’m releasing a “live at church” album and no one’s at church and no one’s actually live at church. The songs felt even more special to me because when I listen to them now, the part of me that really just misses being with my church family, being together as a congregation and corporately worshipping, I hear that in those moments and those songs. It makes the songs even more special to me because it does remind me of those times, and that they are coming again. Obviously the Lord is doing something special right now in each home that couldn’t happen, had this not have happened. 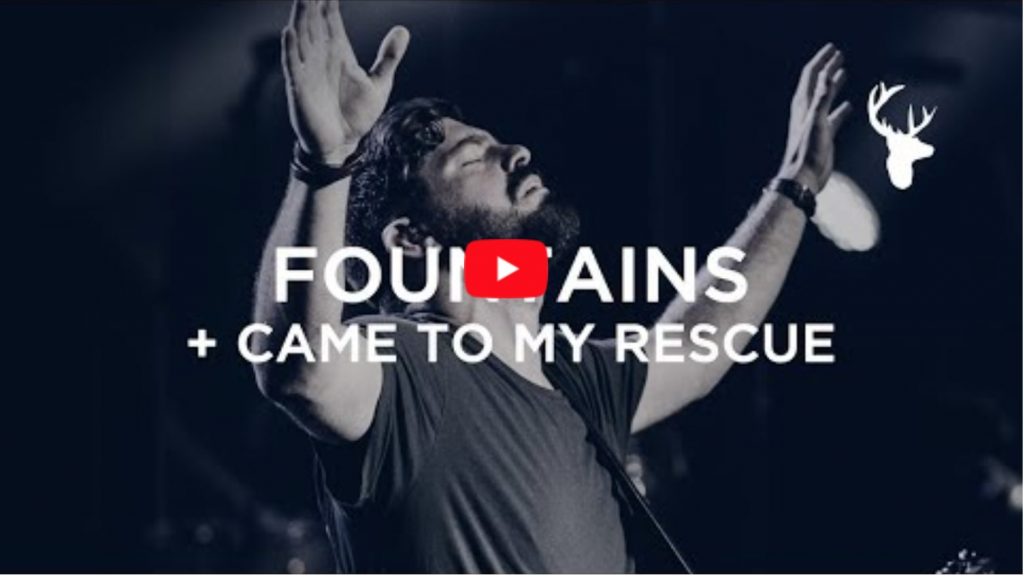 One of the songs that’s on the on the E.P. has an Aussie flavour there. You’ve taken Hillso­ng United’s song, Came To My Rescue and really made it your own. Why, in amongst a whole catalogue of music you could have put on Live At Church, was this one of them?

It’s become like one of my top two favourite moments of that whole album. That moment was actually recorded at our Bethel Worship School that we have every summer. I had done it once before when I was leading my song, Fountains. I remember one Sunday night in particular where out of that song, I just felt like we needed to go somewhere else. And the first song that came on my mind was that old Hillsong United song Came To My Rescue. And it just worked. It worked with the chords. It worked with, just the whole spirit of that song and the moment they were in. And so I just went with it and, you know, praying that I would remember all the words as we went. And luckily, everyone knows that song. So the ones that I forgot, everyone just sung anyway.

I remember it being such a special moment. So when we were actually leading worship for the worship school a few months later, I was doing that song again and I just remember that moment was like, you know, I’m just going to go into this moment again. And so I went into it again. And yeah, it’s such an amazing song. At that moment in particular, I just felt – like you said – we were able to make it our own, and great songs like that – it doesn’t matter how old they are, they still ring true.

Bethel, Elevation Worship, Hillsong, one or two others very much leading the charge, if you will, when it comes to contemporary worship across the globe. Does that kind of mantle ever become daunting?

I think it can. I think it definitely can. The weight, that I’m sure Brian and Jenn, some of our leaders at Bethel, carry on them, it’s heavier and probably more consistent than anything I would carry personally. But just being on a team, there’s definitely that sense of responsibility for like what I was saying earlier – to hear from the Lord for what’s next in our music and not just throwing out just anything, but really trying to hear what is next, what is He doing? Hillsong is definitely one of the forerunners of not only just putting out great music and great worship, but also trying to shoot ahead and almost be prophetic in what you’re writing and saying. Our pastor Johnson says all the time, “Write songs and speak to the church and sing them into where He would like to see the church 10 years from now”.

I love that idea. When you step back and think about that and think about it without realising that maybe you had the help of the Holy Spirit and Jesus, then that can be very daunting. But the minute I just think about where I was and where the Lord has brought me and what He’s done for me and that I just need to sit here and it’s just about my heart of worship towards Him and I’m just going to try to write what I feel like He gives me, it brings that weight off. I just give it to Him and then we can just do what we do and not worry about all that.

I love being a part of something big that’s like this. But also, I mean, we loved all the small worship movements that are around that are just the ones that are popping up here and there. Some of those songs, actually, minister to me more than any song. I love those moments.

So as a songwriter, do you kind of know when you’ve got one of those smash hit songs?

I think sometimes yes and no. I wish I always knew what was going to resonate with people, but there’s definitely those songs. Let The Redeemed was definitely a song that felt special. There’s something nostalgic about it in a good way, it feels like something that people probably will feel like they have been singing for years. Even though this is a newer song, it is from scripture, that always helps. I think about my song Stand In Your Love. I think the minute we wrote that and we sang that, recorded it down on my phone with just a bad voice memo of it, I felt something on it and I knew this was a special song.

But then there’s been songs that I didn’t think – the song Fountains that is on my Live album that we went into Came To My Rescue. That song just felt like a sweet moment with me and the Lord. And I was like, this is just going to be, you know, a song on my album that I hope people enjoy, but I enjoy it. And it’s kind of just for me in some ways. And then it’s a song that we probably lead the most out of my songs I’ve written in the last three or four years. That’s probably up there in the top two songs that we lead the most at our church. I never would have thought it would have caught on like that. 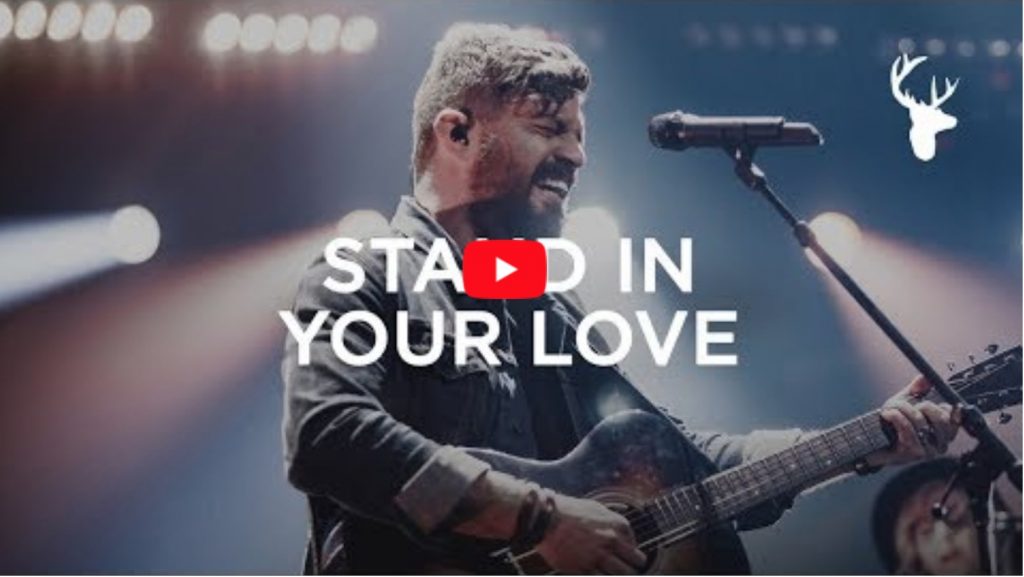 Article supplied with thanks to Rhema 99.7.

Here’s Why You’re Qualified To Do Great Things

“Don’t Believe In God? Lie To Your Children”

Gen Y: Prioritising Lifestyle and Experiences Over the Accumulation of Assets