Faith
In 1904, a tall, slender, well dressed woman stepped ashore on the cannibal-infested island of Malaita, in the Solomon Islands group.
Read more

Thousands Gather to Share the Gospel in Mombasa, Kenya

Entertainment and Arts
The tragic yet inspiring story of Australian missionary Graham Staines is one that will never be forgotten by India’s Christian community, who have suffered persecution for decades.
Read more

Faith
Many who go on mission trips soon realise that learning about other cultures and helping the church thrive globally changes their own life in lasting ways.
Read more 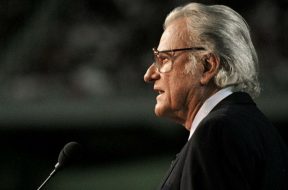 News
Whole countries and generations of Christian leaders have been shaped by the work of Dr Billy Graham. After reading his autobiography at a key moment in my own life, I jotted down these 8 lessons to take on board...
Read more 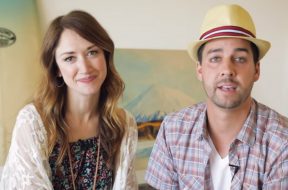 Trending
“Quinn and Kylie, millennial missionaries to the scuba instructors of Aruba, are seeking your financial support” reads the caption to comedian John Crist’s hilarious sketch on young millennials called to the vacatio-cough- mission field. Millennial or not, most of us living in the 21st century Western World wouldn’t expect the potential of being thrown into […]
Read more