Home News SRE & Australia: Are We a Good Match?

SRE & Australia: Are We a Good Match?

SRE & Australia: Are We a Good Match?

Traditions are a fickle thing. A lot of us have them but can’t always remember where they came from. We like to protect them, but can be really disconnected from their origin.

Special Religious Education (SRE) may be something you’ve recently opted your child into, but it’s been ingrained in Australia’s culture for many years.

McCrindle Social Researcher Geoff Brailey has studied Australia’s interest in religion and spirituality, and explains below what makes it appealing, and the history of SRE in our nation. 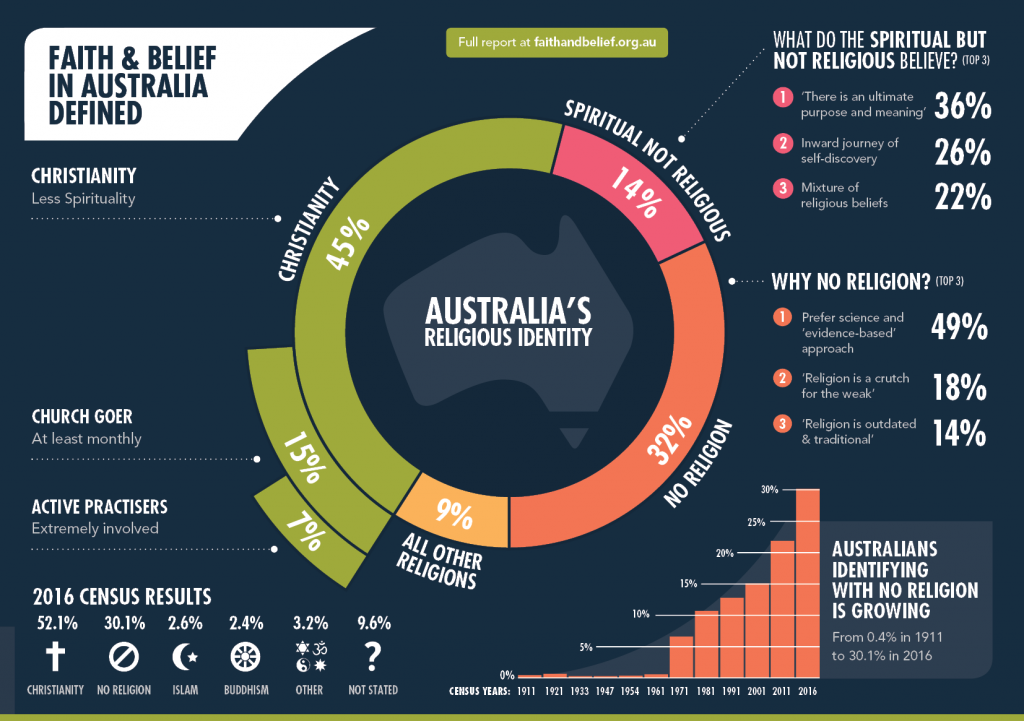 Why was SRE first introduced?

Special Religious Education (SRE) has had a long running history in Australia. When Australia was first settled by Europeans… the Australia churches took on the education of children [through until] 1880 when the Education Act handed back those schools to the government. But that arrangement included an hour per day for religious teachers, so it’s a quite a longstanding history that Australia has had with SRE.

What affect has SRE, and in that case Christian SRE, had on our culture?

I think [SRE] has a strong impact on our culture particularly because we have the opt-in model where parents can pick what denominational upbringing their child to have through that public education sector. [It] gives parents a really strong opportunity to select the type of religious instruction they want for their children.

The values that we see being shared though [SRE] gives [students] a chance to understand the Christian heritage that’s shaped the values that make up Australia’s [moral identity]. While the Christian values of love, faith and hope really shine through, they’re positive attributes that [anyone] really can connect with through SRE.

‘Religion’ is one of those no-go topics we’re told to avoid, does that reflect the view of modern Australians?

With that in mind, do parents think it’s a good idea to talk about religion and spirituality with their kids?

In one of our recent surveys, 99% of parents thought it was important to teach values to their children. When asked what informs those values, 84% said Christian heritage has been influential in shaping those values. So when it comes to the SRE program I think people do want those values taught to young people, including attitudes toward looking out for their neighbours, and a community approach to living that I think embodies the Australian culture really well.

What deterrents have you seen affect people’s interest in religion?

The results of our surveys show philosophical discussion and debating turns people off, also stories of miraculous events, and the biggest detractor was hearing from public figures and celebrities who were examples of faith.

It makes you ask then, what attracts people to faith?

The top response [to that question] was seeing people who live out a genuine faith. Second to that was experiencing a significant personal trauma or life event. The third was hearing simple stories and testimonies from people who’ve changed.

Article supplied with thanks to Laura Bennett and McCrindle.

About the Author: Laura Bennett is a media professional, broadcaster and writer from Sydney, Australia. McCrindle are a team of researchers and communications specialists who discover insights, and tell the story of Australians – what we do, and who we are.

To Space and Back: Sir Richard Branson Aboard Virgin Galactic Unity 22