Home Relationships Singled Out: How to Flourish in Every Season of Life 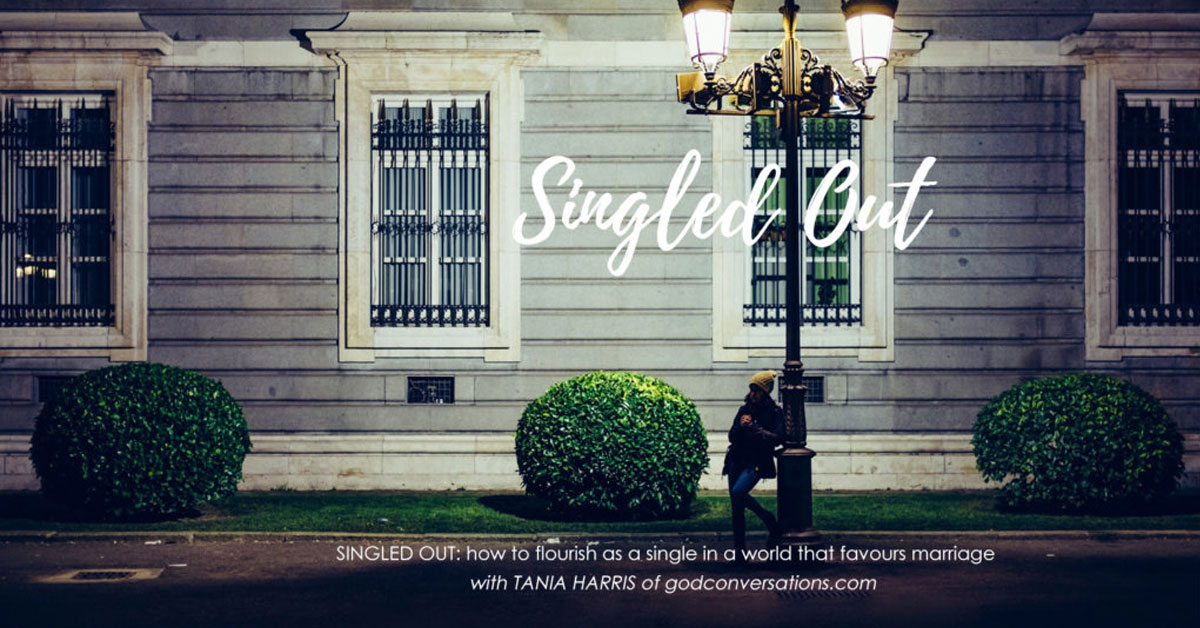 Singled Out: How to Flourish in Every Season of Life 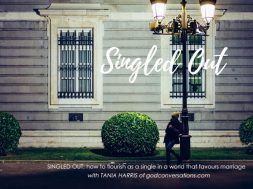 Singled Out: How to Flourish in Every Season of Life

When I was in high school, I was nominated the person most likely to be married first by my friends. My dream was to be a wife and mother and nothing more.

I still remember my cousin suggesting that perhaps I should consider a career in medicine and thinking she was an alien from another planet. Why would I have a career when I would get married? I had planned my wedding dress, the style of my house, the number of children I would have and yes, even the babies’ names.

Then I went through my 20s – I had a few prospects – but it didn’t happen. Then came my 30s – with a few more – but still it didn’t happen. Now into my 40s and Mr Right is nowhere to be found. Life didn’t turn out quite the way I expected.

When I was first asked to speak on singleness at a friend’s church, I baulked. Are you kidding me? Who wants to be the poster girl for singleness? Are you sure you don’t want another message on how to hear God’s voice?

Then I realised there weren’t many people talking about it. Over 50% of us are single in countries like Australia, the US and the UK1, but we’re under-represented in church life.2 Single pastors and leaders in church are rare.3 And even when they’re there, no-one wants to talk about it.

Soon after I received the speaking request, a friend alerted me to a Facebook post. A prominent pastor had posted a meme giving advice to singles. The response was immediate. The page erupted with comments: “How dare you say that! What would you know? You were married at 21!” The post was deleted soon after.

The problem is most pastors are married men. Few can relate to the older singles in their pews. So in church life there’s a lot of talk about marriage and family, and singles end up with the message: “Just wait a while and one day, this will be relevant.” I’ve been in church all my life and sat through hundreds of sermons on marriage, but not one on singleness. No-one talks about what life should be like before marriage or after marriage or without marriage. Few acknowledge the challenges singles face or answer the questions asked along the way. So it’s time to talk about it. And not just for the sake of the singles. Marrieds need to hear this too.

The Impact of the Curse

The desire to be married; to love and to be loved, to know and to be known, is a God-given desire. It’s part of our humanity. Being alone was the only thing that wasn’t good about God’s creation (Genesis 2:18). It was God himself who said it isn’t good for humanity to be alone and marriage was his solution.

But at the same time, the curse of sin means that our need for romantic partnership can become distorted (Genesis 3:16b). There’s a reason why women obsess about finding a man and why men settle for a woman who isn’t their peer. There’s a reason why before he was married, George Clooney was the man and Jennifer Aniston was a social pariah:

A New Two Part Series! Singled Out: How to Flourish in Every Season of Life

In Singled Out, we look at God’s plan for men and women in relationship and the place of marriage. We answer questions like: Why am I single? Is this part of God’s plan? Some of the hangups we have in this area are actually related to a wrong theology, so there’s some re-wiring to do.

In the second message, we talk about the nitty gritty issues – the practical ways singles can manage their emotional and relational needs. We discuss what to do when you’re lonely on a Saturday night, the issue of sex and a ticking clock, and whether online dating is a good option to find Mr or Mrs Right. Whether you’re single or wanting to encourage someone who is, my prayer is that this teaching along with some honest sharing will shed light on God’s heart for singles in a world that often favours marriage.

Available as a 2-part CD here and as two downloadable MP3s here and here.