All of us have times where it feels like life’s falling off the rails, and in the new faith-based family comedy Selfie Dad we see how the Bible helps a man in crisis rediscover his purpose.

Selfie Dad is about Ben Marcus, a one-time comic who’s given up the stage to become a father, and pursue a career in video editing. Ben loves his family, but spirals into a mid-life crisis when his career takes a turn and he’s lacking connection with his wife and the faith he once prioritised.

Trying to pick himself back up, Ben decides to post his comedy online, learning about the world of social-media influencing and, inadvertently, documenting how his faith and family relationships are repaired.

Real-life comedian Michael Jr. stars as Ben, and shared why faith and comedy are an important mix, and how stints on shows like The Tonight Show and Jimmy Kimmel LIVE have helped him love others better.

“Comedy for me is the vehicle, it is not the destination”, Michael Jr. said in a radio interview. “Comedy opens up people’s heart and makes them laugh and feel good for the moment, but I also want to make a deposit that can make a lasting change”.

Michael Jr recalls a meaningful experience he had with one particular attendee of one of his comedy shows.

“I did a show one time…and in my show was a fugitive of the law. This guy was running from the police and he came to a comedy show to escape all the pressure. At the end of the show he asked if he could speak to me. I spoke with him for a little while, he has tears in his eyes. By the end of the conversation he asked if I would call the police so he could turn himself in. How does this happen at a comedy show?! Well, it’s because I don’t just wanna make people laugh, I wanna move people to a better place than when they were before they showed up. And that’s what we’re doing in the movie, Selfie Dad“.

Selfie Dad is available now online and on DVD. 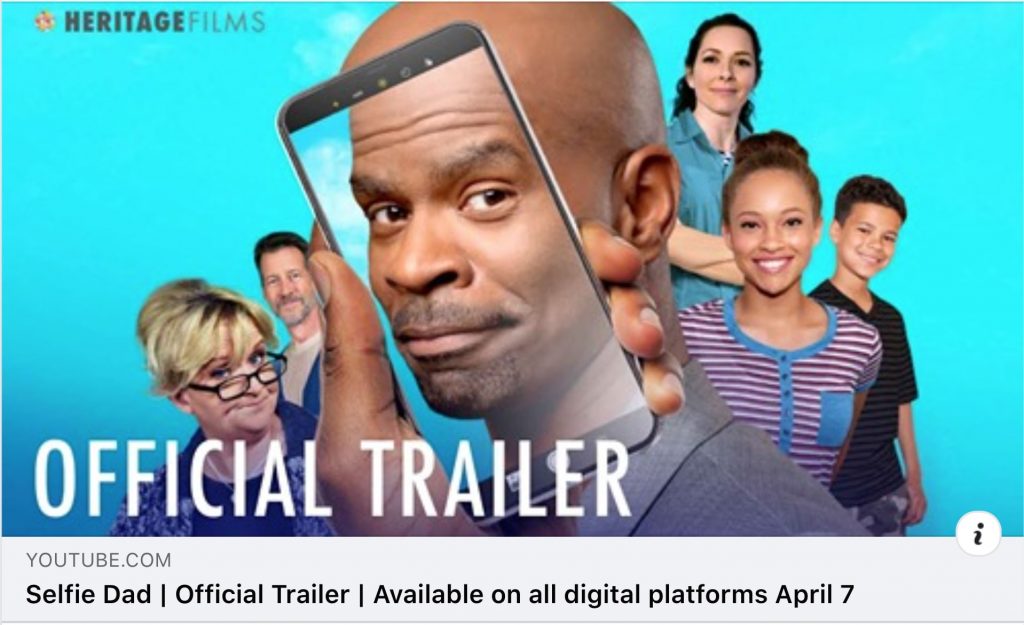