Going to school is a key shared experience, it is the bottleneck through which all Australians pass. Currently, one in six Australians go to school. Yet despite the constant improvement in school facilities, education curriculum, teaching methods and training, bullying is a serious problem in Australian schools.

The Make Bullying History Foundation surveyed 692 students in 2018 and found that four in five students (80%) believe bullying is a serious problem at their school. With National Day of Action Against Bullying and Violence having just passed on March 15, it is a pertinent time to be raising awareness of this huge national crisis.

“The prevalence of bullying in Australia is a national crisis. The majority of Australian students have been bullied and one in five of these are bullied at least weekly. With mental wellbeing one of the top challenges facing young people, and with every student having a right to a safe and supportive schooling experience, this research highlights the extent of this national shame.’ – Ashley Fell, Social Researcher, McCrindle.

Verbal bullying the most common

While over the last decade there has been a recognition of the emergence of cyberbullying, of those who have experienced bullying, the most common form is verbal (50%) followed by physical (20%).

The challenge for schools in managing this national crisis is that many incidents are not reported to the school. One in seven students do not speak to anyone about the bullying they have received and of those who do speak up, they most often speak with parents (27%) and friends (24%).

The impact of anti-bullying seminars experienced across Australia

Students are a key part of the solution. One in five high school students admitted to having bullied another person (20%), but after attending a seminar, 83% said they are now likely to step in and stop bullying if they see it.

“I’ve had countless conversations with young people in the context of the anti-bullying seminars that I run, that share the pain that bullying has incurred on their life, and unfortunately this trauma is repeated daily in thousands of young lives across Australia. I have found students to not only be incredibly attentive on the topic of bullying, which is such a priority for them, but this generation of young people are also increasingly empowered to step up and stop bullying. A key component of this is empowering them with change the culture in their school and equipping them with the right training and empowering them to be proactive.”  – Brett Murray, CEO and Co-Founder of Make Bullying History.

Read more in this Courier Mail article or the in this Whitsunday Times article. 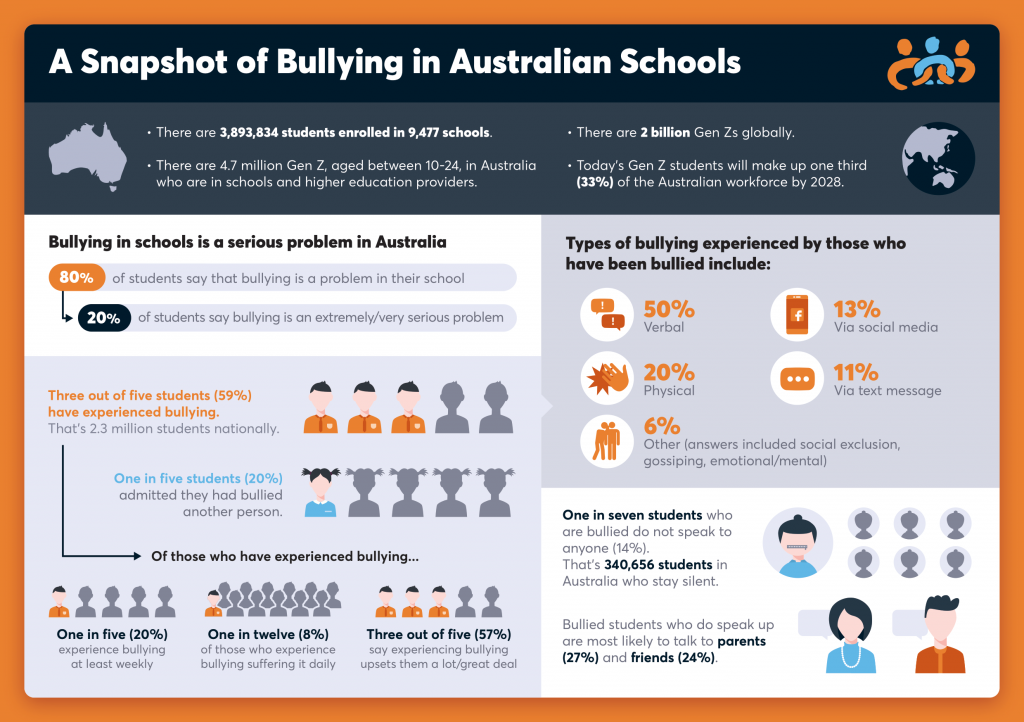 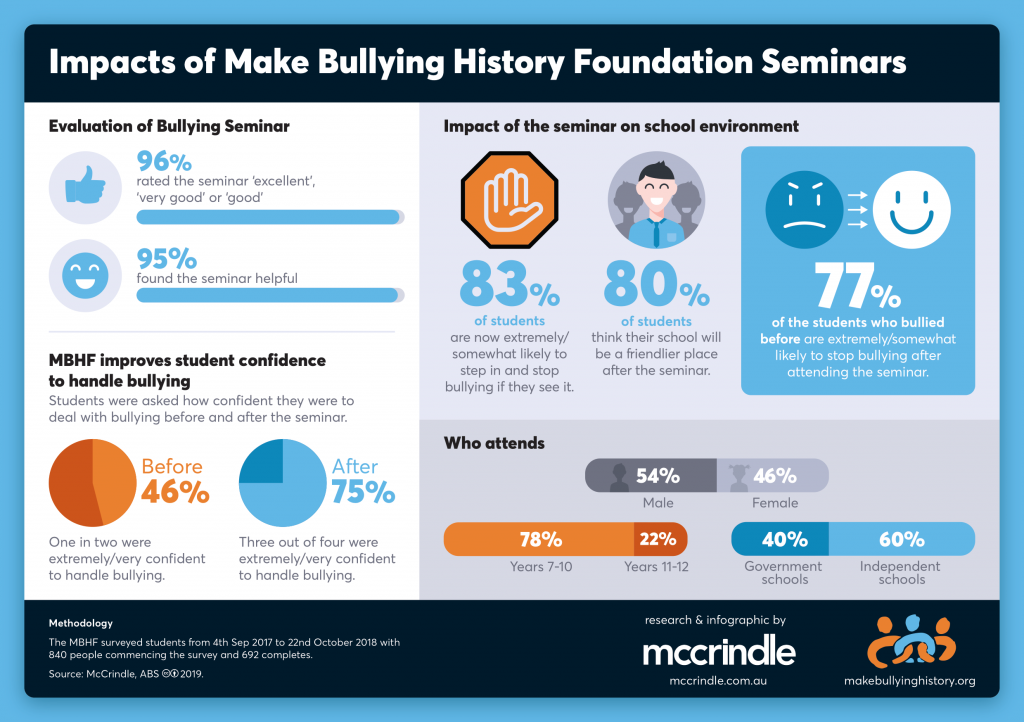 tags: Articles bullying mccrindle research
0
previous Mathare Women Rehabilitation and Empowerment – Enabling Women to Secure Their Own Future
next The Groundbreaking App for Parents of Children With Autism – And It’s Made in Australia
Related Posts