Home Trending Relax. You Don’t Need to Have an Opinion on Everything

After Oprah’s interview with Harry and Meghan a couple of weeks ago, public discussion has been polarised.

I heard activists swear that British royalty was inherently racist on the basis of Meghan’s claims alone, while tabloid newspapers, unable to tolerate any criticism of the monarchy, trashed Meghan and Harry as publicity seekers. Meanwhile, breakfast shows asked us to take sides before both sides of the story were known.

Such pressure to judge is nothing new. When I first entered talkback radio I quickly discovered I could get listeners calling in faster by couching complex topics in simple binary ways: “Is this right or wrong?” “Do you agree or disagree?” “Is she guilty or innocent?” Nuance didn’t get the phone ringing. (I soon tried hard to avoid such tactics.)

Social media has taken this tendency for quick judgement to another level, often giving us the impression we must have an opinion on everything, or that our opinions, however ill-informed, matter. But beware the twin fallacies of omniscience and omnicompetence that lead us to believe we’re competent to judge and speak.

The Fallacy of Omniscience

Remember the OJ Simpson trial? Or the Azariah Chamberlain case? Or Christine Blasey Ford’s claims against US Supreme Court nominee Brett Kavanaugh? Remember how confident people were about the person’s guilt or innocence based on limited news reports, their own political bias or the person’s likability? Public demonisation nearly destroyed Lindy Chamberlain, who was later found innocent of her daughter’s death.

The fallacy of omniscience is the belief that we know all the facts. In most cases, we don’t. Mark Stephens put it well:

“Truth be told, I don’t know exactly what to think [about the Meghan Markle interview], and even less what to say… The temptation is to rush to judgement, to make sense of the script by casting this person as the villain and that one as the hero. But I’m not in a position to know. And in my rush to opine on the difficulties of someone else, I’m uncomfortably reminded by the teachings of Jesus that I need to remove the plank out of my own eye before I try to remove the speck from others’.”

So before we next ‘opine’ on such stories, we should ask ourselves some questions:

Do I know enough to comment on this topic?

Am I pre-casting someone as the hero or villain without knowing the facts?

A couple of weeks ago I had a tussle with someone on Facebook who claimed that no studies had been done on the effectiveness of Covid-19 vaccines. When I told him that many studies had been done, not least my wife’s defining paper on the Oxford-AstraZeneca vaccine, he proceeded to pick that paper apart for its scientific and statistical ‘weaknesses’. Was this man a vaccinologist or a biostatistician? No, he was a church pastor. But somehow he’d come to believe he was qualified to critique the peer-reviewed work of scientific specialists.

The fallacy of omnicompetence is the idea we have authority outside our expertise. Whether it’s a pastor judging scientists’ work, or a scientist judging theologians’ work (hello Richard Dawkins), or a lawyer telling a singer how to sing, it’s a problematic route to take. And for some reason us Christians can be prone to it, some of the most ill-formed comments I’ve seen on matters like Coronavirus, vaccines or climate change coming from Christians making categorical statements beyond their level of competence.

And so another couple of questions we can ask ourselves when tempted to speak out:

Do I have the knowledge and expertise to speak on this?

Have I checked my facts and know what I don’t know?

The Right Kind of Opinions

None of this is to say that we shouldn’t have opinions. We should: on Coronavirus, climate change, and other things that matter. But what’s really needed are informed opinions, ones based on wisdom, credibility and hospitality, opinions humbly held that actually help. If we can’t offer them, let’s stay silent. The truth is, the research required to have well informed opinions means we can’t have an opinion on everything. And that’s actually freeing. 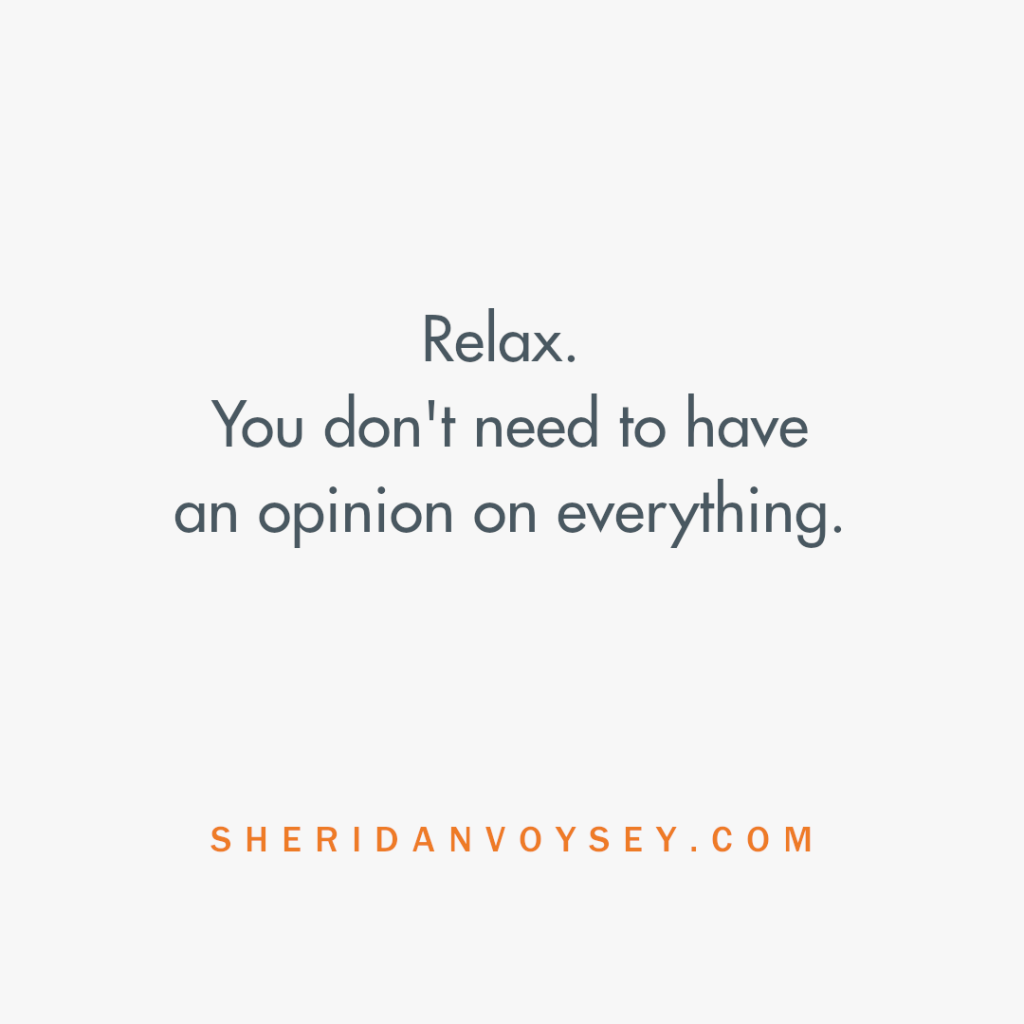 Hope for Healthcare in Nanotechnology