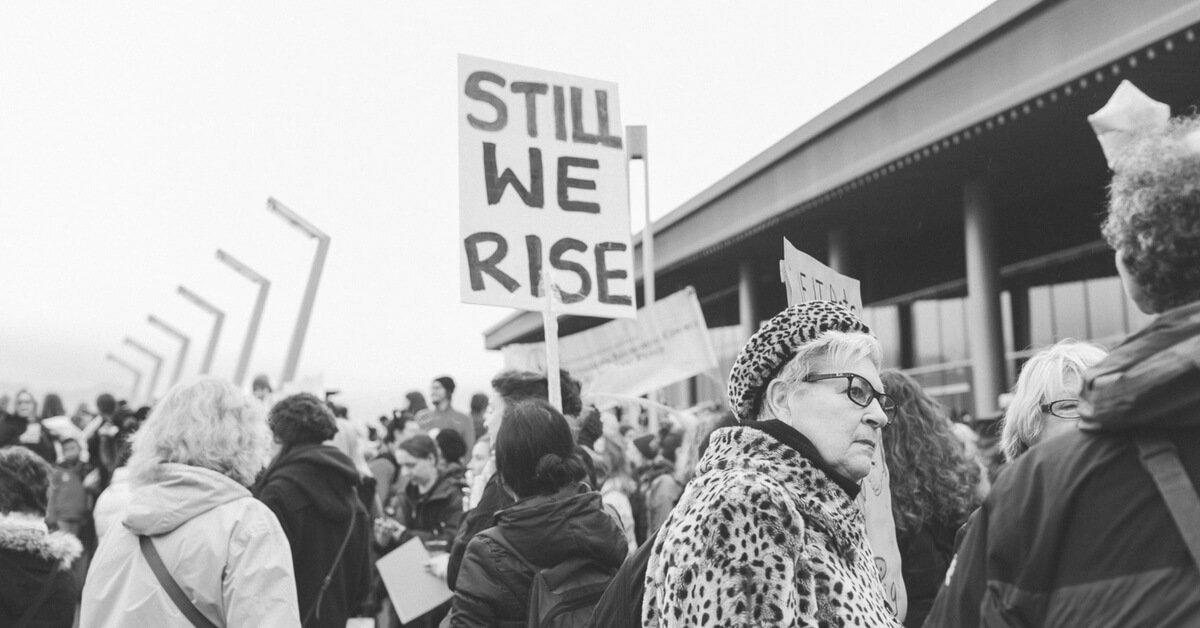 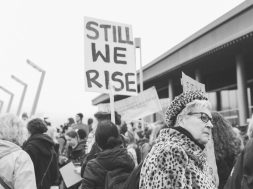 Daniel Craig Farewells James Bond 007 in ‘No Time to Die’

Is the Office Dead?

“Teach Them Early”: An Expert’s Guide to Kids and Money

“The Great Resignation”: Why People Are Quitting Their Jobs

Growing up, ‘feminism’ was a dirty word. It was what those aggressive, angry, bra-burners with their pant suits and cropped hair did to mess up the social order. They were out to get us – the church – who knew how to do male-female relationships, who knew what it was to be a true woman. 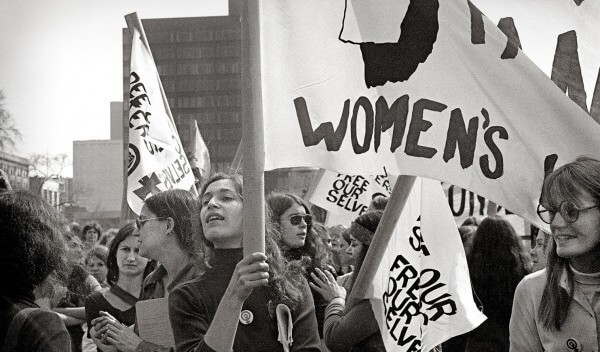 So it was a rude wake-up call for me to realise much later that one of those ‘offensive’ women defined feminism this way: “The belief in the full social, economic and political equality of women and men” (Gloria Steinem).

It was embarrassing to admit it at first; that made me a feminist.

Jesus, Paul and the author of Genesis as Christian Feminists

But then over time, that realisation became less daunting as I saw that Jesus, the Apostle Paul and the inspired author of Genesis 1:27 could all be labelled feminists too. Each of these advocated a belief in the “full social, economic and political equality of women”, or in their own words:

So God created mankind in his own image, in the image of God he created them; male and female he created them. God blessed them and said to them; “Be fruitful and increase in number; fill the earth and subdue it. Rule over the fish in the sea and the birds in the sky and over every living creature that moves on the ground.” (Genesis 1:27,28)

“Martha, Martha,” the Lord answered, “you are worried and upset about many things, but few things are needed—or indeed only one. Mary has chosen what is better, and it will not be taken away from her.” (Jesus, Luke 10:41-42)

There is neither Jew nor Gentile, neither slave nor free, nor is there male and female, for you are all one in Christ Jesus. (Paul, Galatians 3:28)

The truth is those angry bra-burners have done us a favour. Yes they were aggressive; yes at times uncouth. But the truth is, they were fighting against a mountain of discriminatory attitudes that have been deeply entrenched in nearly every part of the world for as far as we can remember. The author of Genesis calls it a curse (Genesis 3:16). Or as popular writer Caitlin Moran says, women have been “losers for thousands of years.”¹

And these mindsets were not only confined to the secular sphere.

In the church, women were called the “devil’s gateway” (Tertullian³), “not made in God’s image” (Augustine), inferior and “useful only for childbearing” (Luther) and unimportant matters (Chrysostom4). It is disheartening to realise that these were the doctrines of the theological heavyweights; the church leaders of the day that went on to shape the thinking of the general populace right up until our time.

Feminism in the Early Church

So why didn’t Jesus and Paul’s radically feminist ideals get traction?

In the years after Jesus left the earth, we see women leaders all through the early church; praying, prophesying, teaching and leading. We see women joining the church in droves. In the church, women were invited to learn (1 Timothy 2:11); to sit at Jesus’ feet rather than work in the kitchen (Luke 10:38-42); to receive love and self-sacrificing gestures from their partners (Ephesians 5:25), to initiate and receive pleasure from sex with their husbands (1 Corinthians 7:4), to be one in Christ with the men around them (Galatians 3:28).

This is radical social turnaround. This is revolutionary stuff in the Greco-Roman world! Men now need to love their wives rather than just use them (Ephesians 5:25). Women get to teach once they’ve learned. The Spirit comes on both sons and daughters (Acts 2:17). Women are called to move from the kitchen to the feet of Jesus.

After centuries of patriarchy, the Genesis-vision of men and women working together is finally coming to pass.

Of course there were some teething problems. This was particularly the case in the Ephesian and Corinthians churches where after being left out for so long, the women were getting over-excited by the new possibilities. Paul reminds them that they needed to take one step at a time: “You must learn before you can teach” (1 Timothy 2:11-12), and, “Don’t take this new freedom to the extreme – instead of calling out questions during the service, it would be better if you asked your husbands afterwards at home” (1 Corinthians 14:35). (Read: Why Women Need to Learn in Quietness and Submission).

This new push for equality for women seems to have lasted a couple of centuries. We see women like Phoebe, Junia, Lydia, Priscilla and the daughters of Phillip rise to the fore, but from then on, we see the tide turn back again, bit by bit – back to the patriarchy it used to be. It happens when the church starts to institutionalise, when it moves from informal gatherings in homes to formal organisations in established buildings and when it takes on the power of the state after Emperor Constantine. From then on, church leaders seemed to have difficulty implementing Jesus’ revolutionary actions.

Eventually we see women relegated back to domestic spheres and passive roles, once again to be seen as useful only for bearing children and looking good. We see all-male church councils abolishing the office of deaconess in 533, and forbidding women from taking communion while pregnant or having her period in 1312.5 We see the Apostle Junia’s name getting changed in Bible translations to the male equivalent in the 12th century. We see gifted women being pushed out of church leadership and female missionaries using male pseudonyms to gain support from their home churches. We see female leaders trying to exercise their gifts labelled as pushy and rebellious.

It is a catastrophic disappointment to realise that an understanding of Genesis 1:27 and Galatians 3:28 wasn’t the trigger that caused the move towards equality in the end. Instead it was changing social forces that allowed us to see what we should have seen all along. It was only after industrialisation that we realised women could make use their brains and only after the invention of contraception that women could be seen as more than baby-makers. Then with a couple of world wars to make the demand on the labour force so great that there was no other option but to use women in the workplace, we finally started to get it.

In the end it was hard-core necessity that helped male power-brokers and perhaps to a lesser degree, the efforts of some enlightened females, to see that women could learn, lead and ultimately use their God-given gifts effectively in every sphere of life.

Thankfully that understanding has also filtered through to the church, so that we now realise that women were made in the image of God after all, even though the teachings of Jesus and the writer of Genesis made that crystal clear from the start.

Yes we’ve come a long way. But we’ve also got a way to go. Transition takes time, and it can be agonising as the forces of culture catch up with the new ideals; as we shed the old caricatures and take on the new. It takes time for old attitudes to change and new skills to be developed.

We see the pain of transition most clearly when we look back to when things first started to shift, for example, when women entered the workforce during World War II. We smile when we read these ‘helpful tips for getting more efficiency out of woman employees’ in 1943:6

1. Pick young married women. They usually have more of a sense of responsibility than their unmarried sisters, they’re less likely to be flirtatious, they need the work or they wouldn’t be doing it, they still have the pep and interest to work hard and to deal with the public efficiently.

6. Give the female employee a definite day-long schedule of duties so that they’ll keep busy without bothering the management for instructions every few minutes. Numerous properties say that women make excellent workers when they have their jobs cut out for them, but that they lack initiative in finding work themselves.

8. Give every girl an adequate number of rest periods during the day. You have to make some allowances for feminine psychology. A girl has more confidence and is more efficient if she can keep her hair tidied, apply fresh lipstick and wash her hands several times a day.

We could say that men were being condescending here and against the backdrop of our time, they were. But the back in 1943, men truly believed that women were happier at work if they wore lipstick. Such attitudes are the product of transition; of a new shift in regime.

Grace in the Transition

We’re fifty years on, but these kinds of transitions are still happening – although perhaps more subtly now. We are still in the throes of shedding the old and taking on the new. We’re still a little befuddled by the shift; we still wrestle with the new dynamic. We’re still not sure of all that this means. While we affirm the ideas of equality, we’re still working out what it actually looks like – both for women and for men.

That’s why in our time, there’s a call to change, but there’s also a call to grace. As the generations tick over, as the roles shift and move; as employees become accustomed to having a female boss, as congregations get used to listening to female voices, as the population learns to view women as more than sexual objects. It takes time for women to grow and it takes time for men to adjust. It takes patience for us to work out who we are as women and it takes humility for men to recognise it. We still wear the language of an older time; we’re still are familiar with the stereotypes of another day. But we’re getting there. One step at a time. As we join together and allow the Spirit to help us fulfil the vision he planned for us since the beginning of creation.

Daniel Craig Farewells James Bond 007 in ‘No Time to Die’

Is the Office Dead?

“Teach Them Early”: An Expert’s Guide to Kids and Money