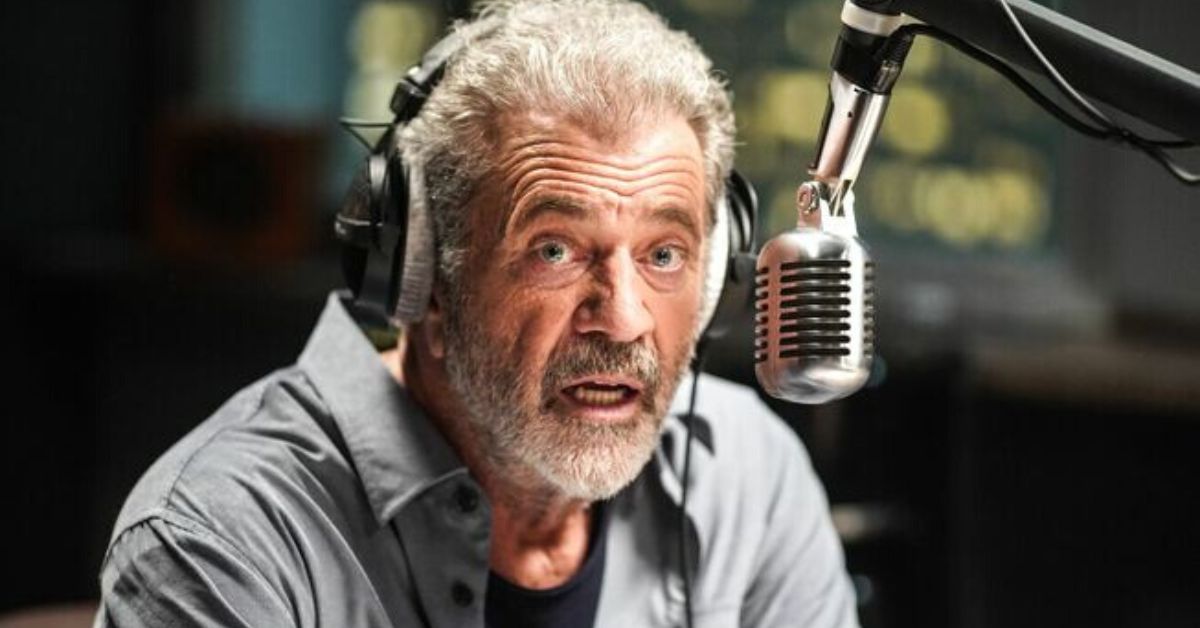 Since the release of The Passion of the Christ, Mel Gibson has been an independent force within the industry.

Besides a few cameo appearances and Hacksaw Ridge, most of his films have bypassed the mainstream studios and showcased his various talents. On the Line is a remake of Talk, a short film by Romuald Boulanger, and has all of the earmarks of the type of project Gibson enjoys making. Containing a small cast, confined spaces, quick dialogue, and enough violence to keep audiences uneasy about the whole thing.

Set in the studios of the top broadcaster in Los Angeles, Elvis (Gibson) has been one of the top shows on the airwaves for 25 years. He doles out advice in his brash and abusive manner while sparring with his production team along the way for laughs and emotional release. As his show plateaus in the ratings, the shock jock is challenged to do more on social media to connect with a new audience. As he deals with these issues, his switchboard operator, Mary (Alia Seror-O’Neill), and new producer, Dylan (William Moseley), do all they can do to get their star behind the microphone. As the night rolls along, the show moves on without incident or interruptions until Gary (Paul Spera) calls in to say he has kidnapped Elvis’ family and only has revenge on his mind for the radio host.

As the director moves from short to long form in unpacking this story, things take some time to develop. With whispers of films like Phone Booth and Speed, the tension and drama are left to a phone conversation between two men where one character is not introduced until late in the story. This leaves the lion’s share of the film reliant on Gibson’s charisma and foul-mouthed repartee to get viewers through to the climactic conclusion. Interestingly, the dialogue seems cliched and forced throughout the drama until all is explained within the screenplay.

Reminiscent of many of the forgettable options from the Academy Award winner’s filmography over the past few decades, this one eventually saves itself. Romuald Boulanger keeps us guessing how things will end until the final act. Some might say the script is too clever for its own good, but that would miss the point. Like the slow-burning powder that was a mainstay of dramatic action films of yesteryear, this whole production was a slow burn that managed to deliver in the end. The challenge will be the audience’s willingness to hold until the end.

On the Line is an intense drama contained in one night. Still, it delves into the accountability of the past and how we treat others. The analysis of how our lives affect others has been at the heart of mankind throughout history. This film opens the wounds caused by past sins and attempts to answer the question of how each life decision has effects that ripple throughout time. The search for the answer to the question of how we are to treat others throughout our lives was answered through the words of Jesus. ‘Love your neighbour as yourself.’

This sounds easy enough and straightforward, but for most people, it proves to be challenging to do. Why? Because the ability to practice loving our neighbours, friends, family, and enemies can only be based on the first part of his answer. Loving others can only truly be experienced by loving God first, because He first loved us. To be clear, people can love without God, but they can never understand the true meaning of love without His presence in their lives. Only by God’s power can we truly understand what it means to love our neighbour.

The answer of loving others comes directly from the love of God. They go hand in hand.