Home Lifestyle My Kind of Doctor: “It’s Only Too Much Coffee When It Hurts Your Wallet”

My Kind of Doctor: “It’s Only Too Much Coffee When It Hurts Your Wallet”

My Kind of Doctor: “It’s Only Too Much Coffee When It Hurts Your Wallet”

Professor Merlin Thomas is a physician and a scientist in the Department of Medicine at Monash University. His work links the complex disciplines of biochemistry and biology to the real needs of real people; like our real need for real coffee (or tea).

On Open House, he reassured the coffee dependent host, Stephen O’Doherty the biggest danger of a coffee habit was likely to be to the hip pocket from buying too many cafe cuppas – oh, and a headache if you skip that regular sip of the strong stuff.

Caffeine is a stimulant

We’ve all experienced that tense pain in our heads when we’re withdrawing from caffeine. Is it a real thing or do we just imagine it? One study even found the headache went away when participants were given decaf but didn’t know. Does that mean caffeine is physically addictive or is it a psychological hold it has on us? 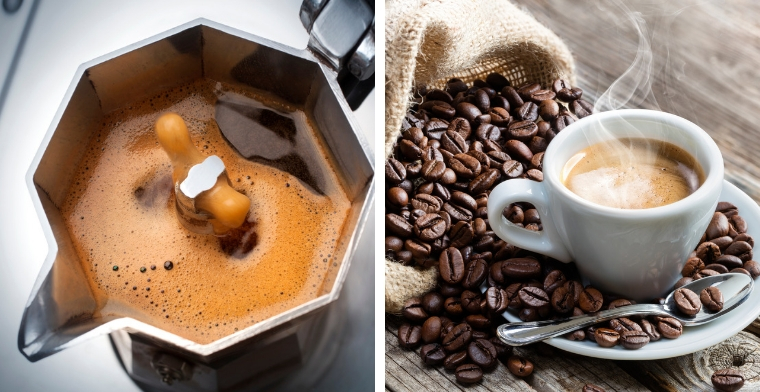 As Professor Thomas explained in an article in Monash University’s Lens magazine, caffeine is a stimulant. It quickly enters our brain and blocks the (adenosine) receptors that are responsible for dulling brain activity. By blocking the dulling of our brain, we feel a sense of invigoration, focus and subtle euphoria. These feelings can also enhance our performance of certain focused tasks, like driving or staying awake through the whole lecture.

This is the upside of caffeine. The downside is how we feel when we are not getting our usual dose. Because of the anticipated highs of brain activity after our cup, the lows without it seem longer and deeper.

The other problem is that caffeine is addictive. When we aren’t getting what we’re used to, we can feel tired, inattentive, irritable and moody. This is known as withdrawal. Many people regularly drink caffeinated beverages just to avoid feeling this way.

By far the most common symptom of caffeine withdrawal is headaches. These are typically mild and short-lived, usually only lasting for a day or two, although they can sometimes last for up to week. They usually feel a bit like a tense band wrapped across your head and are sometimes called tension-type headaches as a result. However, caffeine withdrawal can also trigger a full-on migraine in some sufferers. 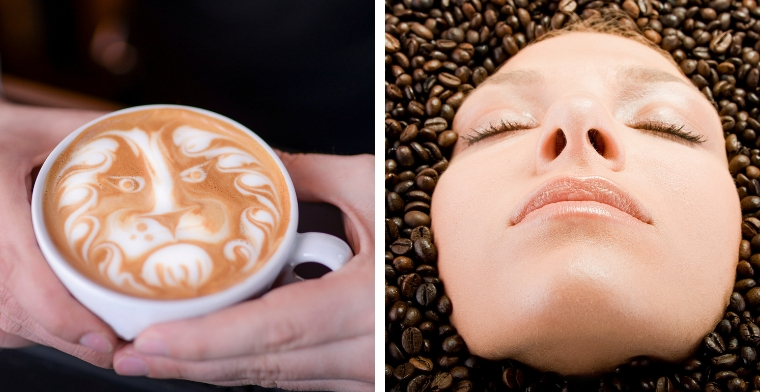 Headache or just a fuzzy brain?

Why we get headaches with withdrawal (as well as many other causes) is mostly because our face and head is the most active as well as the most sensitive part of our body. For our brain to accurately know what’s happening, the signals it receives from the senses have to be spot on.

Any distortion of the signal and the message can become lost in translation, or even result in the wrong message being received. One theory for headaches is our fuzzy brain misinterprets some of the innocuous signals it gets from our head, and calls them a headache.

Withdrawal if you miss your cuppa

Some level of caffeine withdrawal would be experienced by maybe half of all regular tea or coffee drinkers, if their regular drug supply would be completely cut off. The more we drink and the more regularly we drink caffeine, the more likely we’d experience withdrawal symptoms if we were to go without.

A small amount will fix the headache

However, withdrawal can happen even in people who usually drink just a single cup every day who then forego caffeine. Equally, only three days of continuous coffee drinking is enough to make you feel bad when the coffee runs out.

Caffeine withdrawal only occurs with abstinence. Small amounts of caffeine (just a quarter of a cup) will keep the headaches at bay. Even if the espresso machine is broken and you have to have a (half-less caffeinated) latte, you won’t go into withdrawal. 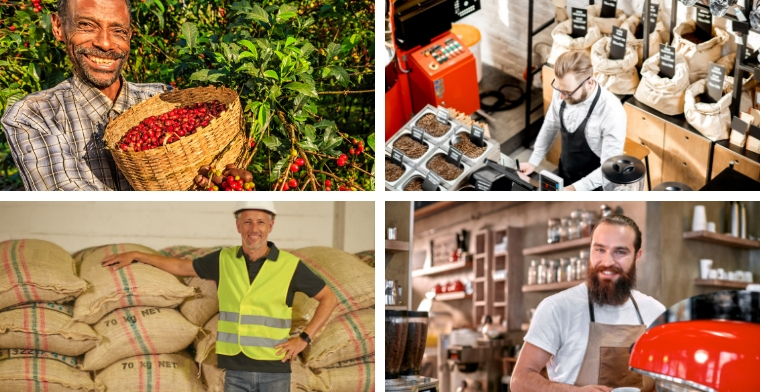 But if you’re going cold turkey, withdrawal headaches typically peak a day or two after removing all caffeine from the menu. Withdrawal does not happen within a few hours of the last cup, despite the protestation of the habitual coffee drinker.

Of course, if withdrawal is really the problem, the remedy is simple. Any headache caused by lack of caffeine is rapidly and often completely relieved within 30 minutes to an hour of drinking a cup of tea or coffee.

Some of this is the fix and the anticipation of it. In fact, Australian researchers have found giving someone experiencing caffeine withdrawal a de-caf, but telling them it’s caffeinated, is enough to make them feel better. Of course this trick won’t work if you buy the coffee yourself.

Surprisingly though, caffeine also has some painkiller properties. Simple pain-killers such as non-steroidal anti-inflammatories, aspirin or paracetamol can be more effective when formulated with some caffeine (in each dose about two to three times that in a regular cup of coffee).

For hypnic “alarm clock” headaches that wake sufferers at night, hangover-headaches and some migraine-sufferers, a cup of tea or coffee can be an effective pain-killer on its own. 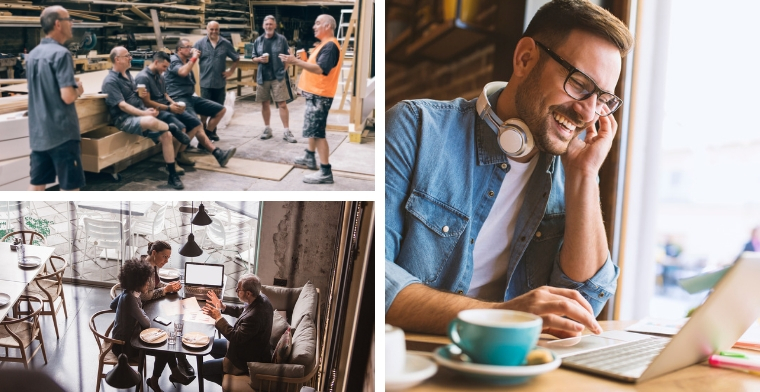 A lot of us drink tea or coffee

This analgesia is not just because we feel less stressed or less distracted by pain after a cup of tea or coffee. It turns out the same adenosine receptors blocked by caffeine are also implicated in the origin of headache as well as other kinds of pain.

More than 90% of all adults drink coffee or tea, rousing us from our slumber and providing the revitalising energy to do the things that need to be done. It’s not hard to imagine the headaches without it.

In case you were wondering the modern hipster cafe is not really a new thing. Turns out the coffee shop as fashion statement has a long history, dating back to the London coffee houses of the 1700’s. Jonathan Swift, author of Gulliver’s Travelers and Tory insider, said “It is the folly of too many to mistake the echo of a London coffee-house for the voice of the kingdom.” Thomas Jefferson called coffee “the favorite drink of the civilized world” and J.S. Bach colourfully described himself this way “Without my morning coffee, I’m just like a dried-up piece of goat.”

Napoleon called it “the intellectual drink” and La Roque “the King of Perfumes.” Among the French intellectual elite, Voltaire reportedly consumed 50 or more cups of coffee per day and lived to a ripe old age. When told coffee was a slow poison he replied “I think it must be, for I’ve been drinking it for eighty-five years and am not dead yet.”

Enlightenment philosopher, Jean-Jacques Rousseau, also loved coffee and apparently when he died, “he just missed doing it with a cup of coffee in his hand.” In a more modern example, Teddy Roosevelt is rumored to have drunk a gallon of coffee daily. No wonder we now have International Coffee Day on October 1st to celebrate coffee.

How much coffee do we drink?

Australian coffee culture is flourishing and in 2013 Australia rated 28th on a list of countries consuming the most coffee with our intake at 2.6kg per capita we have a long way to go to catch up with the top placed Finland at 9.6 kg of coffee per capita. The nordic countries consistently come out on the top of lists of populations who drink a lot of coffee. Perhaps that is why the Nordic noir crime genre is so strong. “Police work wouldn’t be possible without coffee,” Wallander said. “No work would be possible without coffee.”They pondered the importance of coffee in silence.” ― Henning Mankell, One Step Behind.