Home Entertainment and Arts Music Over Fame – Hanson on Their Musical Longevity, and a New Album Entertainment and Arts
May 20, 2022
beitsafedaniel 0

Music Over Fame – Hanson on Their Musical Longevity, and a New Album Music Over Fame – Hanson on Their Musical Longevity, and a New Album

In the late ‘90s, I spent many hours sitting by my brothers’ CD player, listening to Hanson’s “Middle of Nowhere” album on repeat.

I was hooked by the catchy tunes on this immensely popular record, and enthralled by the fact that these three teenage boys who were household names around the world were not much older than me. Over the years, I have grown in appreciation for Hanson’s musical talent (especially their vocal harmonies!) and depth, so when I was asked if I’d like to interview someone from the band, my immediate and emphatic “yes” was driven by admiration as much as nostalgia.

As Isaac, Taylor, and Zac approach their 30-year anniversary as a band this month, they are about to release a new album and embark on a world tour. I’ve caught up with Taylor Hanson to talk about the brothers’ new single and album, as well as their journey up to this point.

“It’s both very amazing and also kind of chilling – how did we get here? Thirty years?! But it’s incredible to have that history,” Taylor says. 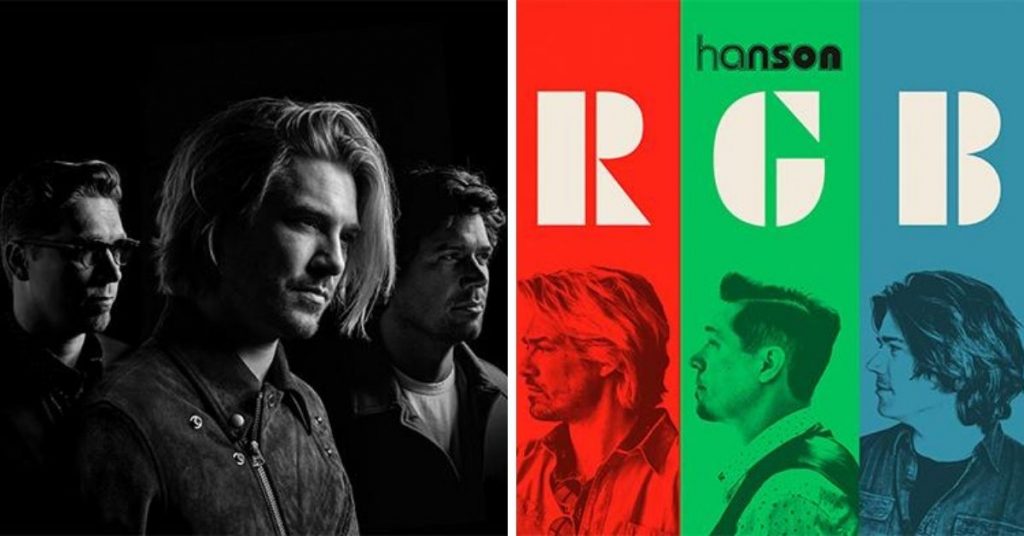 Taylor says while it’s impossible to sum up the band’s long journey with words, the music is the best way to uncover the story – but gratitude is central to the trio’s experience.

“To have that much time where you’ve stayed connected with audiences and to get to share music that is authentic to you is just, frankly, the dream. It doesn’t mean it’s easy, but it certainly is still something you’re really grateful for.”

Asked how the band bridges the gap between their old music and newer material, Taylor says the heart of what they’ve done has always been to be craftsmen and create songs that they feel will last.

“We definitely are different than we were when we broke out – probably the biggest difference is that initial time; we were so young, that youthful exuberance and the sound changes things when you’re 14,” he laughs.

Taylor believes their pursuit of music above fame has been the key to their longevity.

“We’ve always been about the music; we’ve never been here to milk fame or live high and be lifted up for something that isn’t meaningful. You’re [still] having fun, you’re celebrating… but ultimately I think the pursuit of the next thing – the creativity – that’s the bridge.”

As Hanson prepares to release a new album, Red Green Blue in May, Taylor has reflected on its lead single, ‘Child at Heart’ as a song of hope.

“The hook line, ‘Child at Heart’, really is talking about this idea of staying hopeful and keeping that childlike optimism, even though the world throws everything at you. Coming out of youth into the adult side of the world, you are faced with a decision: do you decide to take all the things that go wrong and say ‘That’s the path that’s likely to happen to me, and so I’m going to expect the worst’, or do you stay hopeful and cling to the things that pull you forward?”

Taylor says his personal experiences of overcoming difficulties in life and his role as a father of seven children (aged between one and 19 years) have influenced the song.

“You really have to make a decision to stay open, hopeful, and excited – and to take risks that you’re going to get hurt, but to not close up when you get hurt.

“It’s not to say that pain won’t come – in fact it’s the opposite of that, pain is likely – but that’s not a reason to shut yourself off.”

“Child at Heart” is one of Taylor’s contributions to Red Green Blue, which has been described as three solo-led projects coming together on one album. Rather than their traditional approach of collaborating every step of the way on each song, each brother has led the writing and production process for a third of the record.

“Red Green Blue – RGB – is a colour format; you can use those three colours to form every colour, so there’s some metaphor to that. The colours tie to each of us – for what ever reason, red has been my colour, green has been Isaac’s, and blue has been Zac’s. The record is a lot of different sounds and it’ll give fans a different perspective on the creativity and where we come from.”

In some promising news for Hanson’s Australian fans, Taylor has revealed that the band hopes to announce concert dates here in the coming months.

“Hopefully we’ll be announcing dates in Australia around the time the album comes out. We plan to be there before the year’s out,” he says.

Red Green Blue is available on all streaming platforms.