Home Relationships Mr March – Are All Dads That Perfect?

Mr March – Are All Dads That Perfect?

Mr March – Are All Dads That Perfect?

We recently had Father’s Day, and it’s a pretty fun day, according to all the TV ads, with BBQs, toolboxes and camping gear as gifts, and maybe a day out-of-doors in the perfect Spring weather.

Being a dad isn’t easy, and sometimes having a dad (or ‘not having’ a dad) isn’t easy either.

A lovely modernisation of ‘Little Women‘ is in Australia cinemas, and there is something at the heart of that story (specifically the timeless 1868 novel by Louisa May Alcott) that you wouldn’t know for reading it (or watching one of the many adaptations).

And that is, a difficult father.

In the book, Mr March is wonderful. Somewhat nonexistent after his return from the war, but wonderful all the same. You can tell how wonderful he is by how much his wife and daughters—all the ‘little women’—love him.

But Louisa May Alcott’s real father was, like all non-fictional dads, far from perfect. He is, in fact, the reason for ‘Little Women‘ being written at all, since it was his inability to support his family which drove Louisa to write—in fact, to write whatever her publisher suggested, even though she thought writing a girls‘ story was “a stupid idea.”

But the family was so endlessly poor that it became Louisa’s dream to make her mother be comfortable (though she swore never to marry, herself). The first printing of ‘Little Women‘ sold out in two weeks.

But that didn’t mean that her relationship with her father, Bronson Alcott, improved. A member of New England’s Transcendental Club and a friend of its other members—Emerson and Thoreau among them—he was “a man who had thoughts.” He considered himself to be a philosopher, but he is mainly remembered as a pioneer of ‘progressive education.’

He founded different schools and communities that aligned with his beliefs—no alcohol, no milk, no forced animal labour in the fields they tilled… Cold baths and vegetarianism (and only vegetables that grew upward, never down). Lofty in theory, but in practice, a failure. Students didn’t exactly queue at the door for admittance.

So Bronson more or less gave up trying to make a living when he was still in his forties. He did some intellectual speaking that he was occasionally paid for and he tried, unsuccessfully, to write some of his beliefs down coherently. But that’s about all really. And Louisa was bitter about this. Sometimes they had to resort to bread and water for dinner and accept charity from relatives and friends, and Louisa once wrote rather bitingly to her father that her goal in her work was to prove that “though an Alcott I can support myself.”

And maybe her goal was also to prove something else. Because it’s pretty obvious to any casual observer that every single character in ‘Little Women‘ is based on a corresponding person in Louisa’s own family. They are almost outrageously copied. The one exception is her father. New Yorker author Joan Acocella writes:

“Father March comes home from the war, stumbles into the back room, and thereafter mostly stays offstage, reading books. Occasionally, he wanders in and says something or other. Then he wanders back out. In one sense, we could say that Louisa erased him—a sort of revenge, perhaps. In another sense, this may just be an erasure of her feelings about him: she didn’t want to talk about it.“

Something many of us have done, maybe? Try to prove that we don’t need our fathers? Try to pretend that they don’t exist? But this didn’t work, exactly. Because, as will always happen when we try to pretend that our fathers have no bearing on us, when we deny the reality of their existence rather than do the hard labour of shedding the tears, choosing the forgiveness, or working through the scars, it all comes out in the end.

Because while Louisa more or less wrote her father out of the book, “the ideals to which he held so stubbornly inform every page.”

“Bronson’s obsession was with the transcendence of the material world, with seeing through appearances to a moral and spiritual truth. He took this passion to extremes, and that is what made him eccentric, not to speak of irresponsible. But that is also the cast of mind that, with the addition of common sense and humor and an attachment to regular things—life, family, dinner—makes Alcott’s most admirable characters admirable.“

It’s rather fascinating that in mucking through the trials brought about by the weaknesses and failures of her earthly father, Louisa May Alcott was able to create a story that speaks to its readers just as powerfully and as timelessly as it did when it was first written.

It’s a rather hopeful outcome, for all of us, perhaps, that something eternally touching might be the fruit of pressing in to this relationship we might have with our difficult fathers.

And in time it does seem that she was able to forgive him.

“At the age of fifty-five, she went to visit him at the convalescent home where he was then living (at her expense, no doubt). Kneeling at his bedside, she said, “Father, here is your Louy. What are you thinking of as you lie here so happily?” “I am going up,” he said. “Come with me.” She obliged him. Three days after their conversation, Bronson breathed his last. But Louisa never knew of it; she was in a coma, after a stroke, and died two days after him.”

No doubt their relationship is much better now: eternally better, in fact—eternally healed. 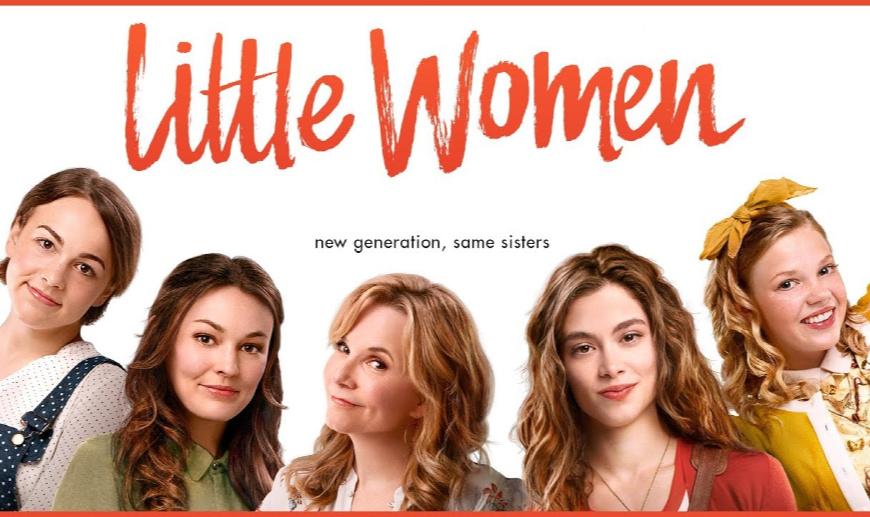 Little Women is in cinemas from September 5.

Go to www.littlewomenthemovie.com.au for screening locations and times.

All quotes were taken from Joan Acocella’s article in The New Yorker, August 27, 2018.

About the author: Ange writes for Movies Change People.

tags: Articles movie movies change people
0
previous A Rite Of Passage Helps Boys Become Men
next A Dad who Loved with All His Heart!
Related Posts