Home Christian Teaching If Not Now then When? Are you a last-minute person? Are you one of those people who think they work best under pressure? If so, then it’s possible that I have fallen for the great procrastination myth.

The myth says that procrastination is a relatively harmless habit and that it can even be helpful. That’s what procrastinators tell themselves to mask their pain.

There’s much to be said for careful thought, planning, and prioritising. But that’s not true procrastination.

A 1997 study published in “Psychological Science” actually demonstrated that procrastinators produced work of lower quality and suffered higher levels of stress and illness in the process.

Another study in the year 2,000 suggested that procrastination was a self-defeating behaviour used by people who tended to want others to think that they lacked effort rather than ability.

All of this ties in with an encounter that Jesus had. He once said to a man,

It seems like a strange exchange, doesn’t it? And actually, people have wondered what Jesus meant when he said, “Let the dead bury their own dead….” And why wouldn’t Jesus let the man go and bury his father? It just looks pretty harsh and un-Jesus-like, doesn’t it?

The first thing to realise is that when people died in the time of Jesus, they were customarily buried right away. So, this man wouldn’t have been with Jesus if his father had recently died. He would have been burying his father.

There will always be ways in which we will try to justify not yet fully committing to Jesus.

It is evident that the man’s father hadn’t died, but instead, he was simply elderly. What the man was basically saying to Jesus was,

“Lord, let me wait until my father passes away, and then I will follow you.”

The man was prepared to perhaps wait for years before he would make the decision to follow Jesus.

It is important to see that Jesus here specifically equates the commitment to following him with the commitment to share the Gospel. Just like the man in the story had a plausible reason, I have heard a million reasons why people aren’t willing to put their shoulder to the wheel to share the Gospel with others through their words, actions, and resources. Ultimately, that’s what following Jesus is all about. It’s too often, later and not now. And if not now, when?

Are we just building ourselves bigger barns on this earth, like the wealthy fool in Jesus’ story? He was making excellent financial decisions, but that very night he died, and he took none of his wealth with him (Luke 12:13–21.)

“Almost” isn’t good enough when it comes to your commitment to Jesus.

It is true of human nature that a person who is a procrastinator in one part of their lives, will tend to procrastinate in others, even in the most important things.

In the Bible, King Agrippa said to Paul,

You almost persuade me to become a Christian (Acts 26:28, NKJV.)

With your commitment to Jesus, “almost” is not good enough.

It is also true, as Hunter S Thompson wrote in a letter dated 1958, that,

Perhaps it’s time to take a look at yourself and where you stand in the most critical decisions of life and eternity.

If not now, when? 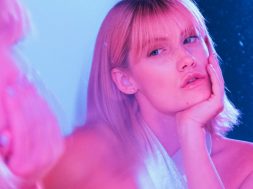 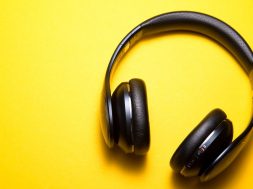