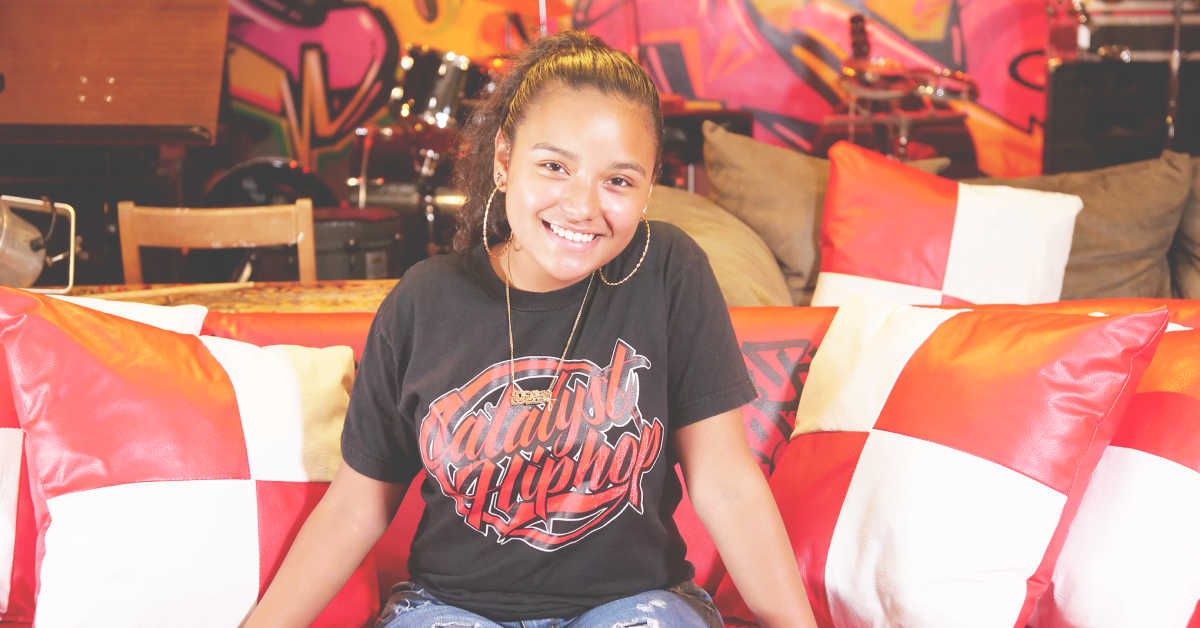 Kimberly Rodríguez is a university student whose passion for dance and hip hop led her to Jesus. She lives dedicated to sharing the love she received from Him with other young people who live in the same circumstances she once did.

Kimberly grew up in a dangerous neighbourhood where drugs were sold and used daily. Living in such a volatile and toxic environment changed her. She became aggressive, violent and involved with a drug dealer in the hope of earning easy money to help her family. She believed he was her only friend, until one day he threatened to kill her leaving her scared, confused and alone.

That terrible experience led her to seek help from Catalyst, an organisation dedicated to helping those in need. The Catalyst team were a great support and ended up telling her about Jesus. It was through their continued support and encouragement that she discovered the life-changing love of Jesus.

In the three years of being a Christian, Kimberly is continually inspired by seeing revival in others. For her, revival means becoming a new person through the transforming power of God. This is precisely what encourages her to continue to share her faith to the young dancers in the hip-hop scene, connecting with them through her passion for dance. That is her way of applying 1 Peter 4:10:

“Each of you should use whatever gift you have received to serve others, as faithful stewards of God’s grace in its various forms.”

“I live on a mission because I feel it helped me. I want to see others have faith and believe in God. Having this mission helped me see that there is a child who can leave here knowing that they are loved by God.” — Kimberly

On a daily basis, she invites her friends and gets involved in Catalyst’s work to inspire other young people. Kimberly feels it is important that teenagers belong to a community and be part of a church because she herself received support there. She says that many people are surprised to see the change in her life and they do not believe she is the same person they knew three years ago.

The transformation in Kimberly’s life is evidence of revival in motion. Out of the overflow of personal revival comes radical change in families, communities and nations alike. Even now this is spreading across the earth. What part will you have in seeing the mark of revival in your world?

Article supplied with thanks to The Journey by yesHEis.

About the Author: yesHEis provides various resources to help share your faith in relatable ways.