Home News How ChatGPT Will Impact the Future of Education 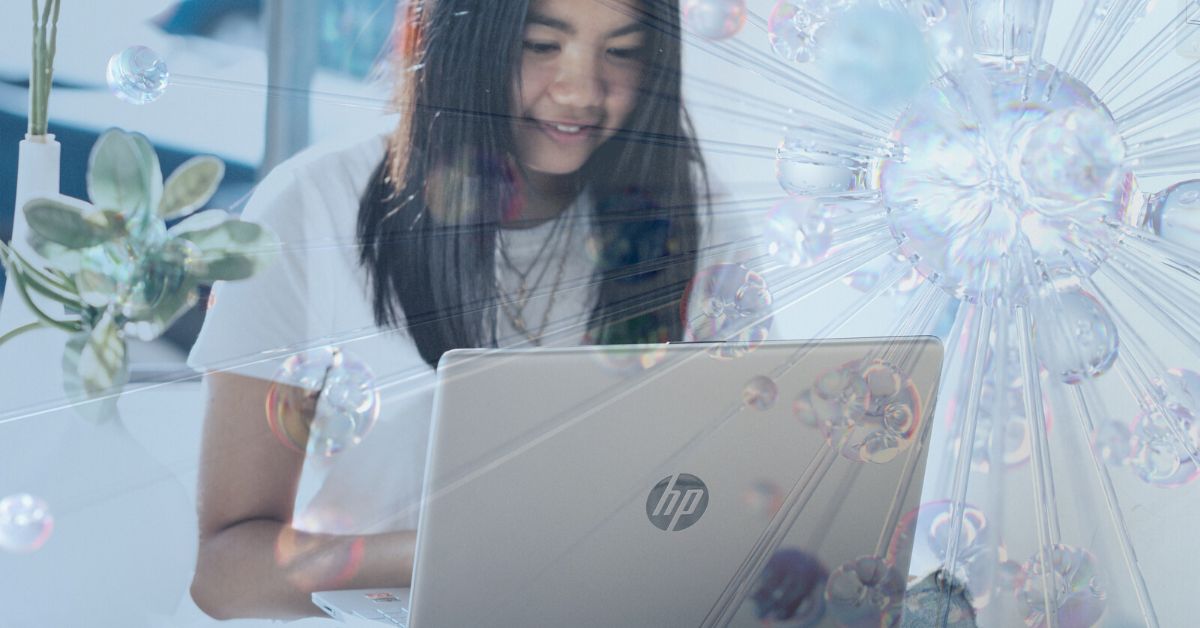 When I was a high school teacher, returning to work after the six-week extended Christmas break wasn’t always as challenging as it might have seemed.

In a profession at times encumbered by rigidity and repetition, discovering whatever small changes the school made over the holidays was a momentary relief of excitement. A swipe card access system at the main foyer – wow! The replenished stationery cupboard – look at all those colours!

Amid catching up with my colleagues to hear their embarrassing holiday mishaps, and welcoming the latest recruits before students barge back into our classrooms later in the week, those first few days created the unfamiliar yet fleeting atmosphere of newness.

This year, however, the feeling of newness will hit fever pitch for schools across the country. ChatGPT, a freely accessible AI chatbot designed to generate human-like responses to virtually any question, is on the brink of shaking up almost every aspect of the teaching and learning lifecycle, and will be on the lips of the majority of educators and principals from day one.

“ChatGPT is on the brink of shaking up almost every aspect of the teaching and learning lifecycle and will be on the lips of the majority of educators and principals from day one.”

Engineered by the research lab OpenAI, ChatGPT can write poems, prose, essays, school teaching programmes, even computer code – artifacts once thought too difficult for a computer to automate. And it can be done in seconds.

Easily accessible and user-friendly, ChatGPT is part of a larger family of models known as Large Language Models, and is trained on approximately 650GB of text data (about 300 billion words). However, unlike its predecessors, and along with its older cousin InstructGPT, the model’s output is also carefully guided by human feedback. Known as Reinforcement Learning with Human Feedback (RLHF), this training algorithm incentivises the model to output content that matches that which has been provided by (presumably many) expert human annotators. OpenAI’s heavy investment into this innovation is what’s responsible for its uncanny ability to sound exactly like a person.

No one is surprised at how this technology has polarised the education community worldwide, with some heralding the end of traditional schooling as we know it, while others are seeking to ban its use in the classroom for fears of plagiarism. Even AI researchers are banning its use at an upcoming conference. Over the Christmas break, final-year students across the country will have had take-home essays to prepare for, code bases to commit and push for grading, all of which will likely have to be adjusted to curtail ChatGPT’s influence.

It won’t be long before mathematics teachers will have to come to terms with this technology too, with Meta AI recently unveiling an AI model that can reason mathematical problems at the difficulty level of the International Mathematics Olympiad.

There’s both anxiety and excitement around these tools for staff and students. While some are worried about what it will mean for their jobs, others are excited about the new possibilities it could bring. On social media, I’ve seen teachers experiment with its capacity to generate report comments, mark student work, and debug student code.

The advent of ChatGPT and generative AI technologies marks a significant moment in education. How we respond to it largely hinges on three key questions at the heart of modern schooling:

1. What is the role of the teacher?

The role of the teacher is to ensure that learning (and the right type of learning) is happening. The last thirty years has seen the role of the teacher adapting from being the sole source of knowledge to being a guide that, along with providing explicit instructions and content, can navigate the many forms of information online and in the media – they now ought to include generative AI responses into the mix.

If a student feels nervous to raise their hand and is far more comfortable asking an AI chatbot about things such as an ecocritical reading of Things Fall Apart or how class inheritance works in Java, then this should be happening. The teacher can then help the student to think critically about its response. ChatGPT’s training data is so exhaustive that more often than not, the teacher will learn something too.

2. What is the role of technology?

Put simply, the role of technology in the workplace is to eliminate the repetitive stuff. And teachers are neck-deep in it, from report writing, to emails – even just reading! ChatGPT has been trained on myriad subtasks including text summarisation and document creation. In the future, with the looming prospect of OpenAI slowly integrating its service into the suite of Micosoft Office applications, school leaders should become familiar with using this technology now.

What’s more, as schools join the AI conversation, they should be looking to see how other industries have successfully deployed AI into the regular day to day workflow to save on time and costs. School IT departments can make use of OpenAI’s API to bring state-of-the-art AI into their systems.

Technology can be a powerful tool for enhancing the learning experience, but it’s important to use it in a strategic and meaningful way. The use of technology should be grounded in educational theory and evidence-based practices. For example, research has shown that the use of interactive multimedia, including personalisation and pedagogical agents (such as ChatGPT) can lead to a deeper understanding of complex concepts and improved retention of information. On the other hand, the use of technology for the sake of technology can be distracting and ineffective.

3. What is the role of assessment?

To imagine that standardised assessments can continue to run as planned would both elide the genuine concerns for plagiarism and obfuscate just how astonishing ChatGPT really is.

With the advent of online assessments and AI-powered grading, the traditional method of assessment is changing. While the take-home essay in its current form is perhaps in need of urgent review, the essay itself can still be an important assessment tool. Some have proposed returning back to hand-written responses, however this will only be effective in the short term.

However, it’s important to remember that assessment is not just about measuring what students know, but also about providing feedback to move learning forward. Therefore, it’s important that assessments are still designed in such a way that it provides meaningful and actionable feedback to both the student and the teacher. As an aside, prompting ChatGPT to “provide feedback on my writing” has led to some interesting and promising results. Prompting it to “debug my code” is possibly a game-changer for anyone learning to code. Rather than thinking of ChatGPT as a hindrance to standardised tests, could it be viewed as an enabler of instant feedback on complex tasks?

“Rather than thinking of ChatGPT as a hindrance to standardised tests, could it be viewed as an enabler of instant feedback on complex tasks?”

If in some point in the future I were to return to school as a teacher, I’m sure the swipe card system at reception would have been replaced by a facial recognition system. School reporting may have moved to be completely automated – and in real time. And if the feeling of the newness returns, and advancements in language models and algorithms offer new possibilities, I’m sure that teachers will be right in there. More than ever, they will be the key to fostering a love for learning and a desire to make a positive impact on the world in ways that a chatbot can’t.

* This article was written by a real human 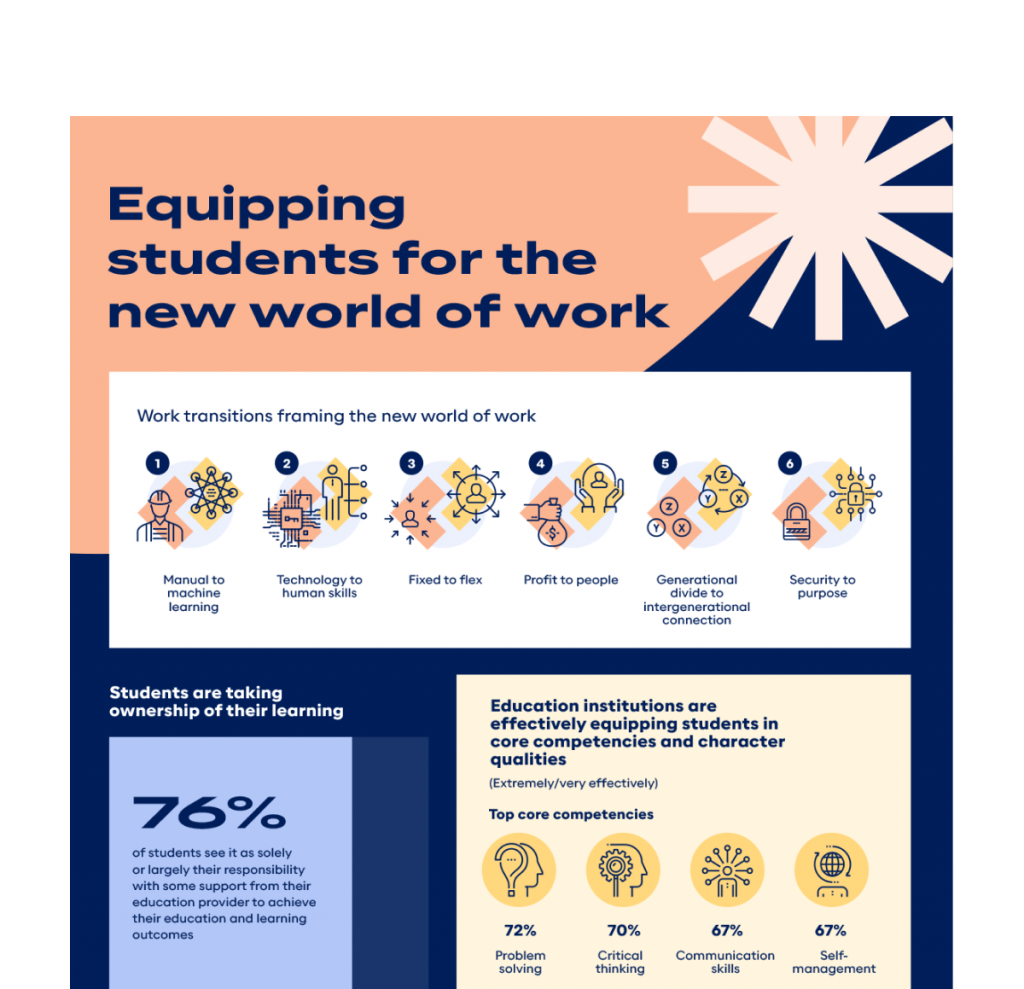 Equipping students for the new world of work

Feature image: Compilation – by Windows and DeepMind on Unsplash 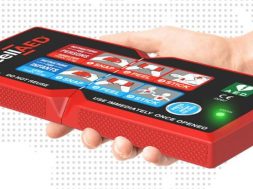