John Lennox is rare amongst his fellow career mathematicians. As a devoted Christian, he has debated on multiple stages with some of the greatest minds in atheism and science – Richard Dawkins, Christopher Hitchens, Peter Atkins – about the existence of God, and how the arenas of faith and science relate to one another.

In the 2014 movie God’s Not Dead, John’s arguments appeared on screen, referenced by a Christian student (Shane Harper) who had been challenged by his atheist philosophy professor (Kevin Sorbo) to prove that God was more than “a prescience fiction”.

This week, the new documentary Against the Tide is bringing John Lennox and Hercules actor Kevin Sorbo face to face, to take the conversation one step further with Kevin asking questions that those inside and outside of the Christian faith may also be considering.

Spending time in Oxford, England, where John has lectured, and in Israel, Kevin said, “You don’t have to be a person of faith to watch [Against the Tide]”.

“It’s highly educational and, if anything, it might answer some questions for you that you never thought about asking before,” he said.

Some of those questions look at what’s often been viewed as a hostile relationship between God and science, but something that John doesn’t really see a tension between.

Many of the pioneers of modern science believed in God.

“If their science was motivated by their faith in God, certainly they saw no conflict [between the two] and I have never had any reason since to see any conflict,” John said.

John has always been willing to ask questions of his faith though, and challenge it against opposing doctrine, which he said is key to making it secure.

“I came early on, to the conviction that Christianity is true. It’s not simply helpful and encouraging, it’s true,” he said.

“From the scientific perspective, we establish things by asking questions. And I have found throughout my life, by opening myself up to questioning, criticism, being vulnerable, that has established with great firmness the Christian faith in my own heart and mind. It’s that questioning process that I feel is so important.”

“I have found throughout my life, by opening myself up to questioning, criticism, being vulnerable, that has established with great firmness the Christian faith in my own heart and mind,” – renowned mathematician, author and speaker John Lennox

For those that do have their doubts about God and faith, Kevin hopes that Against the Tide will “bridge the gap [between different views].”

He wants viewers to “take a look at this stuff and have an open mind about it”.

“You don’t have to come away believing this or that, but just think about it,” Kevin said.

Along with conversations of faith, the art of debate is something you also observe in Against the Tide.

To debate well, John comes back to the wisdom of his parents who told him “to respect people with whom you disagree, and also to listen to them before you dive in”.

“Respect people with whom you disagree, and also to listen to them before you dive in,” – renowned mathematician, author and speaker John Lennox

“Whatever my opponent may or may not say, I want to present a credible alternative to their atheism or agnosticism, and let the people judge.”

Kevin added that John “doesn’t have a condescending bone in his body, he is kindness and light, and it’s fascinating the way he handles himself, and I think we need more people like that in this world.”

Against the Tide is available online from July 19. 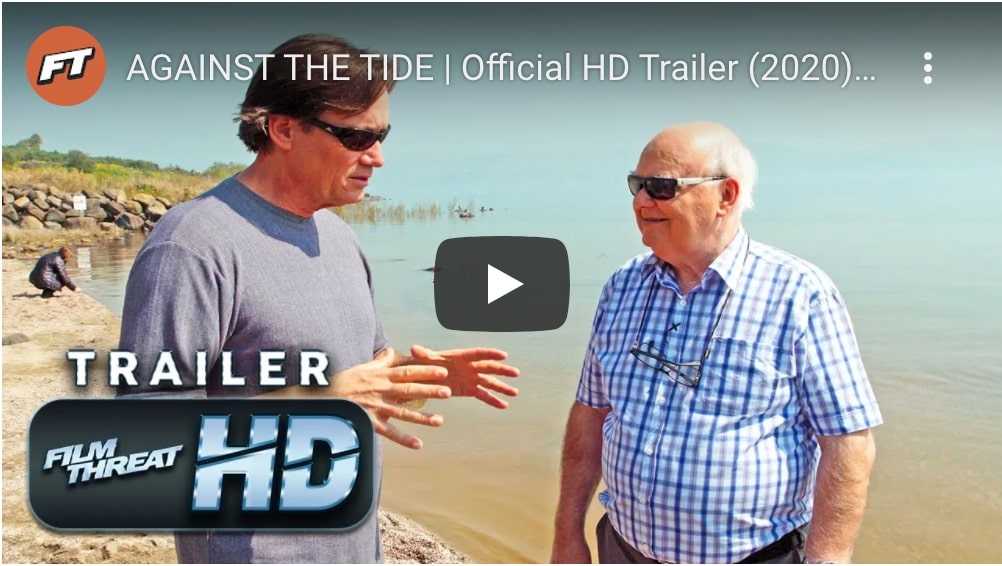