Entertainment and Arts
May 1, 2020
beitsafedaniel 0

Sydney singer songwriter Greg Attwells has collaborated with Karl Faase for the second season of ‘Jesus the Game Changer’. The series is produced by Faase’s Olive Tree Media, and is a multi-episode documentary series, with a selection of episodes made available to churches to run as a special content feature in church life.

This years church campaign will begin in May and will run for six weeks.

The 2020 series has been titled ‘To The Ends of The Earth’, with the focus on missions and evangelism, and detailing the spread of Christianity across the globe. The underlying question is what compelled ordinary people, in the face of persecution and even death, to take the message of Jesus to the ends of the earth? 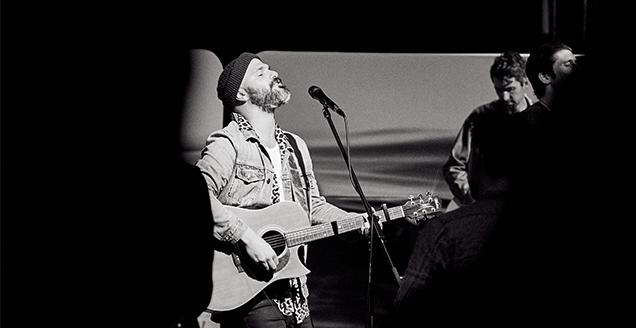 Attwells was approached by the Olive Tree team to write the theme song which would accompany the material that churches would receive, which is the first commissioned project he’s been involved in.

“I’ve never written for a specific purpose like this, but I love taking a theme, going away and figuring out what my angle is going to be. I found it a really energising process.”

Attwells said that he enjoyed exploring what it means to be evangelistic in a post-modern world.

“Evangelism in the contemporary church is having a bit of a tough slog; how do I share my faith with the people I work with, or the neighbour next door? Our faith is very individualistic these days, and I think the [Jesus the Game Changer] series is very needed. I think the song could be a very gentle way to introduce that theme into church life”.

The Cronulla Beach local made his mark on the Australian worship scene with the release of Indie Hymnal in 2012. The debut album was a collection of stripped back hymns – a retelling of some of the most beloved songs of all time.

The poetic nature of those hymns has been carried across into subsequent work, with the 2016 album Into The Sea and last years Wild Heart EP showcasing Attwells raw, yet heartfelt vocals alongside thoughtful lyrics. While the production values on those two records are vastly different to his debut, Attwells hopes that the literary beauty of the classic hymns can be woven into modern worship.

“Songwriters still need to pursue uncommon ways of saying timeless truths, as that’s what awakens wonder. Looking for a new or poetic way of saying something that we’ve been singing about our whole lives is the task of the modern songwriter.”

A Passion to Empower Women

Away from music Attwells works in the technology space and is the co-founder of Creatable, which is a creative technology program. The education program is designed for girls specifically and is aimed at addressing the gender imbalance in the STEM (science, technology, engineering and mathematics) workforce. Current statistics show that only 16% of STEM qualified people are female, and Attwells believes that if young women don’t develop these skills now, then they won’t be fully equipped for their future careers.

This passion for encouraging girls in the tech space has taken Attwells all the way to the United Nations, speaking at the 2018 Social Good Summit on why more women in tech is good for humanity.

It was a 2015 trip to Israel that gave Attwells some clear focus on the importance of encouraging women in tech. While visiting Magdala, which was home to Mary Magdelene, Attwells went to a small Catholic chapel by the Sea of Galilee. On entering the Duc In Altum chapel (Latin for ‘launch out into the deep water’), he found himself in the women’s atrium and it was here that everything became clear.

“As soon as I walked through the doors I sensed the presence of God tangibly; it was really profound and I got really emotional. The women’s atrium is dedicated to the women who were part of Jesus’ entourage. They had many pillars, each of which had a name of one of Jesus’ female followers, but one pillar had intentionally been left blank. Our host told the women of our group that the blank pillar is where their name should go.”

Attwells said that it was this experience where he really captured God’s heart for women.

“That day I had a spiritual experience, and a focus for the potential of women to lead, and to have influence and to change the world. From that moment on I wanted to use my time in some capacity to empower women.”

If your church would like to get involved with the Jesus the Game Changer series, they can register with Olive Tree Media to access resources and a church pack.

You can keep up to date with Greg Attwells through his website, or by following him on Instagram.

To The Ends Of The Earth is out on streaming platforms now.