Home Lifestyle Give Thanks… in Everything? 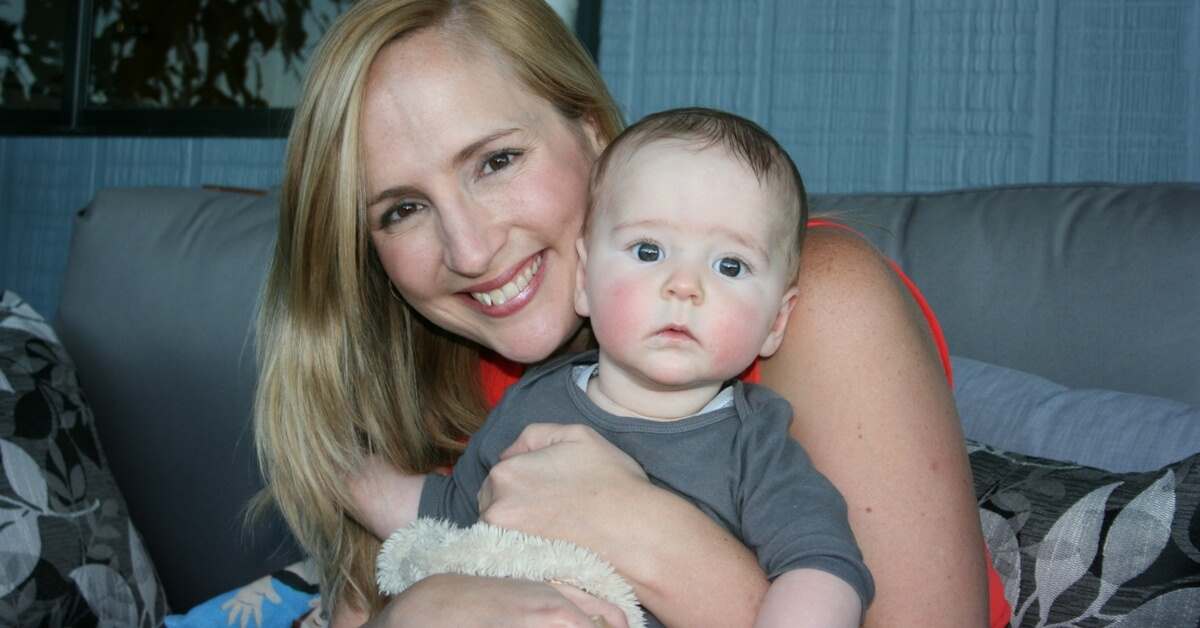 Give Thanks… in Everything? 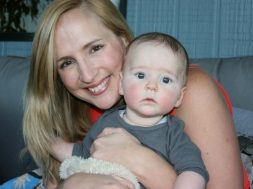 Give Thanks… in Everything?

Give thanks in everything (1 Thessalonians 8:13). Everything? Even the bad things? That seems completely unrealistic and unfair. That’s what I thought, anyway… Until a near tragedy changed everything.

It started out like most nights at our place… frantically getting dinner ready while my boys played noisily around my feet. Phil had just stepped outside to light the barbeque when we heard an almighty ‘thud!’

I absently thought to myself ‘what on earth was that?’ Then Phil and I looked at each other and the horror in his eyes made my heart sink with realisation… Jack (just 2 days shy of his first birthday) had found a small gap in the stair case hand rail and plunged, head first, 2 ½ metres to the wooden floor below. I froze. ‘There’s no way he survived that,’ I whispered, picturing his limp, lifeless body on the floor below. A myriad of unspeakable thoughts went through my mind. Then… miraculously… out of the darkness… a cry. ‘He’s alive!’ Phil defied gravity as he flew down the stairs and instinctively picked up our baby boy.

I was already on the phone, calling an ambulance. Jack’s forehead had doubled in size and was distinctly purple. The operator finally made sense of my hysteria and an ambulance was on its way.

Running out the door, Jack screaming in my arms, our neighbours casually leaned over the fence for a chat and realised all was not well. Phil was holding Jack’s older brother, Tyson (poor, confused Tyson) and he explained the situation.

Jenni ran inside, shouting over her shoulder ‘I’m coming in the ambulance with you!’ How grateful I was to have someone with me who could talk sensibly to the medics while Phil and Tyson followed behind in our car.

At the hospital, a good half a dozen emergency medical staff were waiting for us to arrive and they pounced on Jack…

X-rays, MRIs, a cannula, poking and prodding. I sang to him in a desperate, broken voice, trying to keep him calm while I fell apart. The nurses were so gentle and kind with me.

Meanwhile, Phil had texted everyone we knew, asking them to pray for our little Jack.

By midnight, he was fast asleep. I was set up on a trundle bed beside him and I sat there, at 2am, staring out at the beautiful city lights as texts and emails poured in from friends and family who were praying for Jack.

Phil’s sister was already on her way to help him with Tyson at home and my mother came and sat with me in the Neurology Ward for 2 days.

Day 2 was Jack’s 1st birthday. His party was cancelled but he was smiling, and nothing else mattered in the whole wide world.

Finally, at about 3pm that day, a Neurologist gave him the all clear. “Just a large fracture from the top of his head to his eye socket.” Ouch!

The sense of relief was incredible. Mum drove us home and as I took my first step inside, I burst into tears. I didn’t know anything about Post-Traumatic Stress Syndrome but that’s what I was experiencing. For weeks, whenever I heard an ambulance siren or a loud ‘thud’ I would jump 10ft in the air. Tyson became super protective of his little brother – running from the other side of the house to make sure Jack was okay whenever he cried. My social media post, written the day we arrived home from the hospital says it all: “When something terrible happens, that’s when you realize love is tangible. It has a face and hands, it’s a kind voice, it’s prayers, it’s words, it’s presence, it’s help, it’s heart. Thank you for all of the above, beautiful people in our lives. We have felt your love in our darkest moment and we feel truly blessed. Jack is doing better than we could ever have hoped and anyone who has seen how far he fell knows it’s a miracle he is here with us today.”

Romans 8:28 says ‘All things work together for good for those who love God.’ Note it doesn’t say ‘All things are good for those who love God.’ It’s important to acknowledge that hard times will come your way… and you aren’t expected to thank God for them. Especially while you’re in the midst of it all. But to be thankful in them, as 1 Thessalonians 8:13 suggests, is something else altogether.

When a friend came round a few weeks later and saw where Jack had fallen, she said: ‘Your God has been tough on you.’

I looked at her in surprise and declared: ‘No, my God has been good to me.’

In 1 Chronicles 16:37-42 King David set up a group of men with the job description: “Give thanks to God, for his love never quits!”

His love never quits. Even in the tough times. Now that’s something to be thankful for.

God would never ask me to thank Him for what happened to Jack. But I found ways to be thankful in it.

That first night in hospital, as I stared out at the city lights from my trundle bed, I thought about all the things I had to be thankful for in our darkest moment.

I was thankful for my neighbour who was there for me, no questions asked. For the ambulance officers who treated Jack on the way to hospital. For the team of doctors and nurses who gave him the highest level of care. For my mum who sat beside me for two days, so I could shower and eat and just walk outside for a moment. For my sister-in-law who travelled two hours to help look after Tyson. And of course, I was so incredibly thankful that my Jack was alive… bruised and sore… but alive none-the-less.

Finding true freedom from the confines of sorrow and suffering that life puts around us, can be as simple as looking up at God, rather than down at our circumstances.

It’s the ability to focus on the eternal blessings of God that will give you the strength to cope with whatever life throws at you.

The question is: Are you focusing on the mud, or the stars?

Australia’s National Day of Thanks is on Saturday 26th May. It’s an opportunity to think about all the people you have to be thankful for in your life… the ones who have helped you through your toughest moments… and make sure you say ‘thanks.’ Visit austhanks.org.au to find out more.

Article supplied with thanks to Annette Spurr.

About the Author: Annette is a writer and co-founder of Blue Box Media, along with her husband, Phil. They live in Brisbane with their two sons, Tyson & Jack.