Home Entertainment and Arts From White Supremacy to Civil Rights Activist, Bob Zellner on Being a ‘Son of the South’

Bob Zellner’s life is really hard to sum up in a two-hour movie, but Son of the South gives us powerful glimpse into the story of this Klansman’s grandson who became a key supporter of the 1960s Civil Rights Movement in Alabama.

When Bob was in college he was assigned to write a paper on the aftermath of the Montgomery Bus Boycott, led by iconic activist Rosa Parks, and the race relations surrounding it.

Interestingly, he wasn’t allowed to talk to any black people about their perspectives, so, seeing the irony in that, he and some classmates sought out black communities to learn from.

At the time, The Freedom Riders were an active group, travelling on buses across the segregated Southern United States, challenging their non-enforcement of a Supreme Court decision that ruled the segregation of public buses to be non-constitutional.

As Bob was exposed to their movement, and the circumstances around their involvement, he was inspired to support them. But, he was wary of how that would affect his family and what role a white man had in the cause.

“I realised if I was going to be a part of this movement I had to be in it all the way.”

Bob committed to being a “white ally” and became the first white person to join the Student Nonviolent Coordinating Committee (SNCC) – the organisation that oversaw the majority of student involvement in the Civil Rights Movement of the 1960s.

Bob’s role was to encourage other white people to join, and also show the black community they weren’t alone in their fight for equality.

“A lot of the young people had never met a sympathetic white person,” – Son of the South‘s Bob Zellner

“A lot of the young people had never met a sympathetic white person,” Bob said.

“Every white person they’d met had been hateful, and meant harm to them. [So it] was very important that they see some allies in the other communities.

“I had to relay to the young people that there were some white people who were not hateful racists.”

Bob’s example of care was critical to his credibility in the role, and he took his role very seriously.

“When I decided to join [SNCC] as an ally, I was making an implicit pledge that I would be a faithful ally,” he said.

“They always thought that since I was a white Southerner, that at any time I could just simply decide to go back to being white with all of the advantages that ‘white’ came with.

“And so, part of my commitment and determination was that I would be a trustworthy ally, and I would continue, and not go back to being a person with white advantage.”

The decision Bob made to support the black community didn’t come without its challenges.

In the opening of Son of the South, we see an attempt being made on his life by white supremacists that had grown up with Bob, and didn’t appreciate his defection from the rules of the Klu Klux Klan.

One classmate, who was particularly abrasive toward Bob, was there on the day of a march in Mississippi and joined an opposing mob who “kept yelling my name”, and telling Bob “I’ll kill you! We’ll kill you!”.

“I think that was one of the reasons they were so dead-set on killing me that day,” he said.

It’s an extraordinary thing to have lived through, but as Bob recounts it he seems very at peace with how close he came to death…

It’s an extraordinary thing to have lived through, but as Bob recounts it he seems very at peace with how close he came to death, and what was required of him as he supported his black friends.

One mentor Bob credits with his devotion to the movement is Rosa Parks herself, who offered him some wisdom in the early days of his research on race relations.

When Bob and his classmates were trying to escape a black church attended by Rosa that had been surrounded by police, she told him, “You students, you’re not going to be able to study this forever. You’re going to have to take action”.

“‘Something terrible is going to happen right in front of you and you’ll have to make a decision. Not choosing is a choice,” Bob recalls Rosa Park’s words to them.

“That was my commission into the Civil Rights Movement, and I always felt that if saint Rosa Parks asked you to do something, you better get about the business of doing it.”

Son of the South is in cinemas now. Rated M. 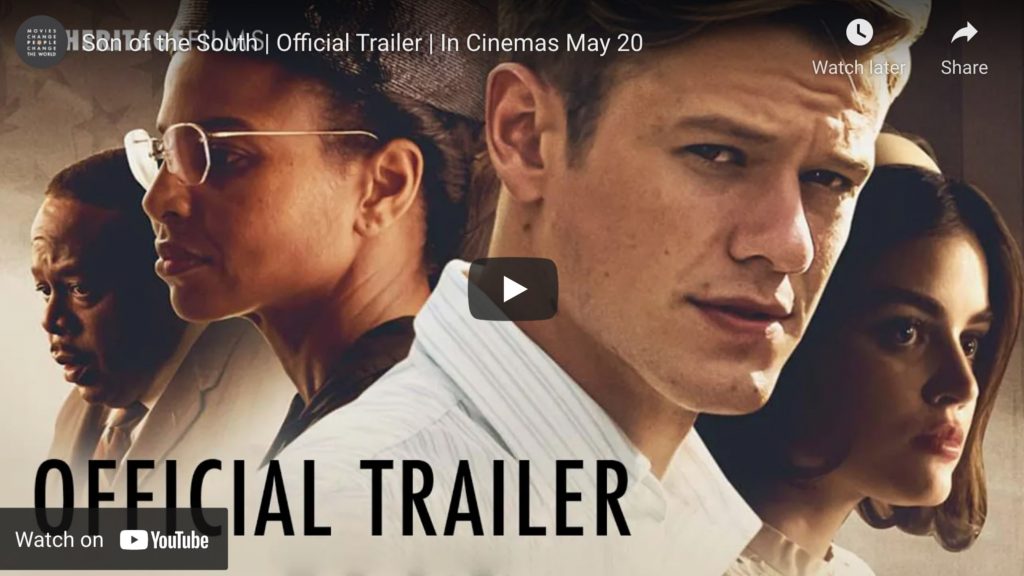