Home Faith Fear is a Liar

Fear is a Liar

Fear is a Liar

You cannot conquer what you will not confront. “Will not”? What do you mean “will not”!

Thoughts began to race through my brain, trying to make sense of what I’d just read.

I was challenged and almost offended by the insinuation that seemed to suggest that my debilitating anxiety was a choice. I wouldn’t wish this monster on my worst enemy. Daily heart palpitations and sensations of impending death.

Or perhaps even more scary, the fact I had tried every way possible to control anxiety and couldn’t. Contemplating living the rest of my life in slavery to fear seemed like a real possibility. And yet, right there, glaring me in the face, was a confronting challenge “You cannot conquer what you will not confront”.

I had fought panic and anxiety hard, to the point of exhaustion. I had been wildly wielding a sword that I really didn’t understand how to use. I did all I could to stop the fear, to ignore or distract myself from it, to rationalise it, I even turned to others to be rescued from it.

Diet, prayer, relaxation, exercises, reading books, listening to music, avoiding stressful people and situations, endless medical appointments, vitamins and pills, been there, done that. A help, but not a cure

I read the statement again “You cannot conquer what you will not confront”. I studied deeply into the concept of the statement further and turned to the bible. I found that Moses, Daniel, David, Esther, even Jesus had a number of things in common.

They all had to confront in order to conquer. They all experienced a level of anxiety, uncertainty, stress or fear. They all felt the fear and moved ahead despite it. Whether they doubted, were pushed to the limit of their faith, were consumed by adversity or moved boldly, God was in the midst and His promises rang true.

“Be strong and courageous. Do not be afraid or terrified because of them, for the Lord your God goes with you; He will never leave you or forsake you” (Deuteronomy 31:6) “When you go through the waters, I will be with you” (Isaiah 43:2) “In this world you will have trouble, but take heart I have overcome the world”. (John 16:33)

As “in my face”, raw and confronting this statement was, it was true. I had a choice, would I choose to confront in order to conquer, even though to conquer may mean doing it afraid?

To do this for real would mean allowing myself to be fully present and immersed in the feelings of panic. Would I drown amongst the roaring waves of fear?

I had been existing but not living. The enemy uses fear because it immobilises God’s most powerful people. God reminded me of Moses, bound as a slave to fear and anxiety at the burning bush. He used every excuse he could muster to justify to God why he was not capable or brave enough for the job of freeing his own people – God’s people.

How ironic that God would end up using Moses, a man bound in slavery to fear to free a nation of captives, who in turn, would free himself? All because Moses chose to feel the fear and do it anyway, to confront and conquer.

Hebrews 2:14 & 15 tells us that one of the reasons Jesus came to earth as a human being and died on our behalf, was not only to save us from physical death, but to“break the power of the devil who had the power of death. Only in this way could He set free all who have lived their lives as slaves to the fear of dying”

If death has no power over us, then neither does fear.

It was a long road filled with successful attempts and various setbacks. Pushing through, allowing the waves of panic to come and wash over, and also learning to ride the waves….with Jesus.

Eventually, the waves began to lose their power, and the ebbs and flows became fewer and farther between. Peace was restored in a new way. Of course there is a much more in-depth story to be told (in my upcoming book The Brave Inside) but the fact is this:

Fear deconstructed, is nothing more than an illusion. A combination of unhelpful thoughts and physical sensations designed by the enemy as an attempt to render us powerless. But we are not. Fear is a liar.

Peace is already yours. Choose to be brave enough to feel the fear and do it anyway, confront and conquer! 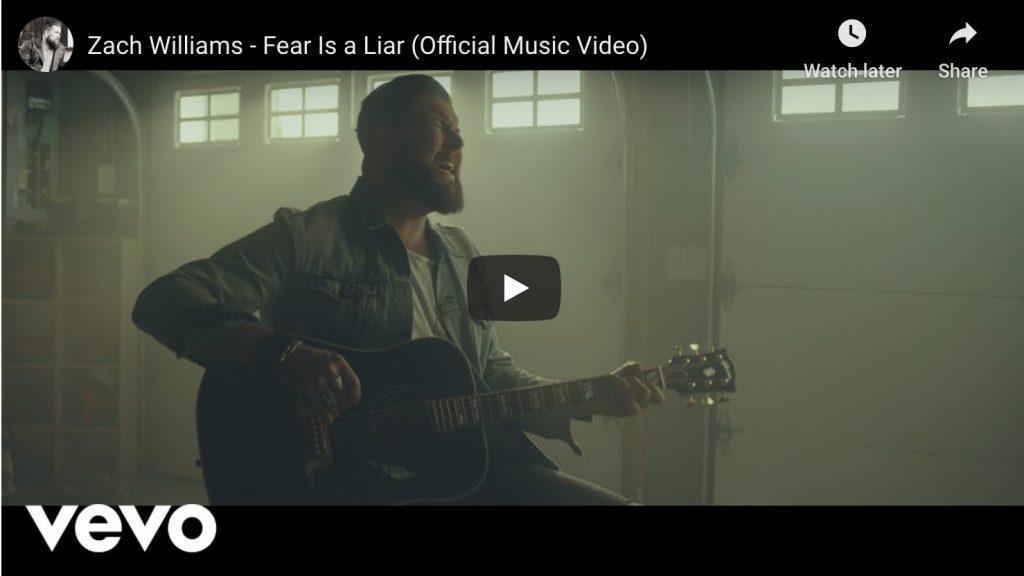 Article supplied with thanks to Brave Enough Media.

About the Author: Danni is a tv and radio presenter and the Founder and CEO of Brave Enough. It is her passion to encourage people to be brave enough to heal and find hope and freedom in the love of Jesus.

tags: Articles brave enough courage fear
0
previous Don’t Be Ruled By Your Fears
next We Need a New Renaissance of Faith. These Three Commitments Can Help
Related Posts