Home Celebration and Events In a Fast Food World, Are We Losing the Art of Sacred Meals? 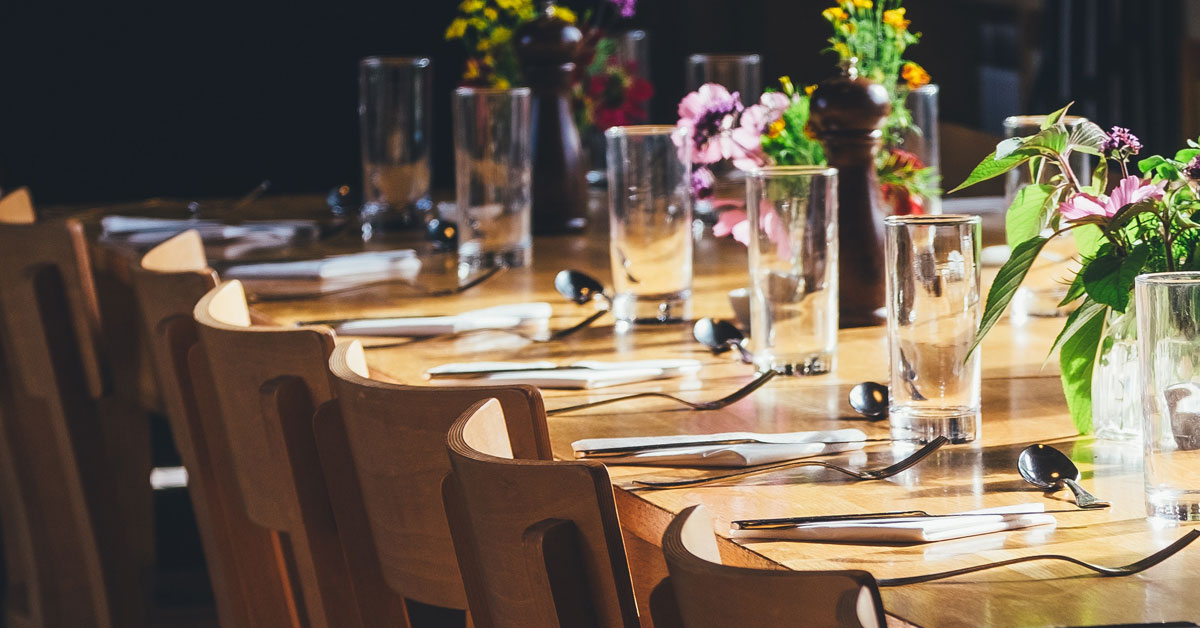 In a Fast Food World, Are We Losing the Art of Sacred Meals? 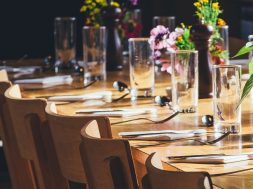 In a Fast Food World, Are We Losing the Art of Sacred Meals?

When was the last time you had a truly special meal where you left the table changed, uplifted, fulfilled? You came burdened but left lighter (at least emotionally). Your soul was filled, not just your stomach.

We need more of these sacred meals. It seems to me we could all do with a few more sacred meals, and a few key ingredients can make them so.

Think for a moment how prominent food is in our lives, beyond simple sustenance. Notice how it plays an important role in all religious celebrations—from Eid to Hanukkah to the humble Christmas dinner. Notice how our happiest memories often revolve around it—whether birthdays, weddings or picnics with friends. In an age of drive-through dinners and lunches on the run, I wonder if we’re in danger of losing something here. Meals are sacred things. A few key ingredients can lift them out of the ordinary.

Flavour is one of them. Look at the traditional dishes served over Eid: lamb korma, beef biriyani, stuffed dates, baklava. Potato latke and apple kugel come out at Hanukkah, and each Christmas I get one of my favourite festive foods—Christmas Chocolate. My wife makes it with copha, cashews, coconut and glacé cherries. A transcendent experience I assure you! Festive foods are rich and sensuous.

Care is another ingredient. Festive food is made with love and attention, and this care honours the eater. My Facebook friends had some special stories of this:

My adopted son is from a village called Nakitoma in Uganda. Last summer we visited, bringing a group from a church in the United States. There’s no electricity or running water in the area. But despite their material poverty, the villagers spent two days preparing a feast for us – a meal prepared by some of the poorest people in the world for some of he richest. It was a beautiful and deeply meaningful time. – Roxanne Robins

In Uganda, I was taken round a village and introduced to its cows – each had its own name. It hadn’t rained in the area for weeks – the grass was brown, the cattle were in danger. The villagers asked me to pray for rain, and I did. The next day, the rain came. The villagers killed a cow for me in gratitude for the rain and the UK Christians who originally brought the Gospel to them. We all feasted and were sent home with meat for ourselves and our friends. It was a whole new understanding for me of the killing of the calf for the prodigal son. – Ida Glasser

Our team went to a village in Sri Lanka where the people were very poor. We helped a small church there run a children’s event, doing a puppet show and playing music (the drummer kid was playing a drum set made of hub caps). Then the ladies served us a lunch of fish, curry and rice. The fish had just been caught in the lake, we could see wild elephants roaming in the distance. These people were so poor but had cooked this amazing, delicious food for us. I felt spoilt. – Clare Bruce

Plants get their nutrients without the enjoyment of taste. Animals fight over food rather than share it. But we humans get to enjoy what we eat and this pleasure, I believe, is a divine gift. What’s more, I even think God can show up at our meals.

One day two Christians set out for a village called Emmaus. As they walked, a stranger came up beside them. They didn’t recognise his face but his words made their hearts pound. Only when they reached Emmaus and invited him in for a meal did they realise the stranger had been Jesus.

Is it possible to have a sacred meal alone? They’re almost always shared with others – and an Other. When a depressed girl finds strength as she lunches with a friend, or a couple share advice that saves their dinner guests’ marriage, or a father finds a reason to live munching cereal with his daughter, I believe a third Person has joined the table. God is there.

tags: Articles faith food sheridan voysey
0
next How to Get Your Kids Ready for Schoolies Week
Related Posts

Teaching Our Kids to Be Thankful in Everything