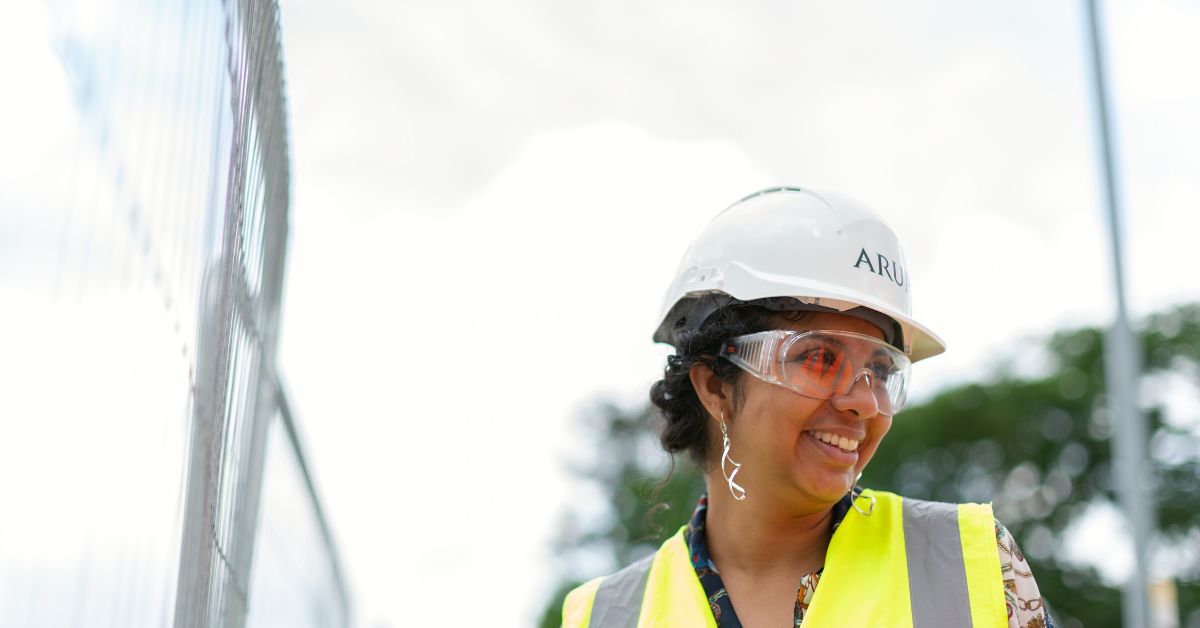 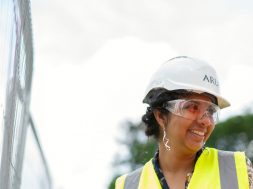 When thinking of iconic tv shows portraying a typical workplace, most people’s go-to would be The Office.

But the one that I love and deeply resonate with that little bit more is Parks and Recreation. It is an American political satire with Amy Poehler starring as Leslie Knope; the deputy director of the Pawnee Parks and Recreation department. In other words, a mid-level bureaucrat. The show revolves around her leading a team of eccentric public officials as they deal with random town projects and equally (if not more) random members of the community.

This show humorously and subversively touches on a range of cultural issues that still linger in modern society. An ongoing point of tension for Leslie is how the council and government are so male dominated. Leslie refers to the exclusive ‘boys club’ in the office where men drink, hangout and women aren’t being invited. There is also the office all-male-hunting-weekend that happens each year. Never one to give up, Leslie infiltrates and invites the other female workers on the trip. As part of their orientation she offers the sage wisdom that the only way to gain respect from men is by beating them at something they love. You need to be like a man and as good as one to be seen by other men. As you can probably tell, this doesn’t… you should probably just watch (or re-watch) the episode. 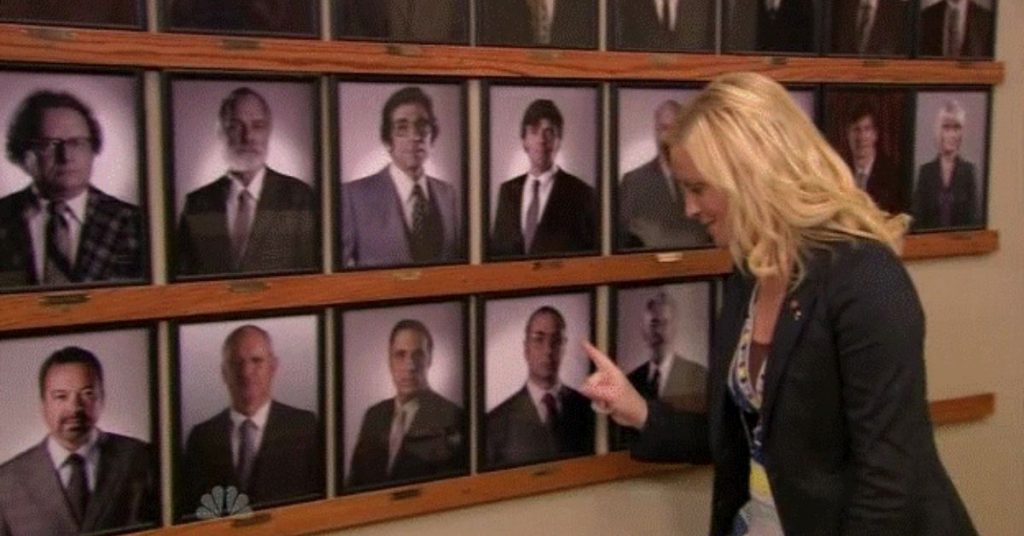 Leslie is upbeat, bubbly, frantic, a bit neurotic and a closet hoarder but also empathetic, passionate, smart, driven, who deeply cares about her job and is ever aware of the difficulty of navigating male dominated workplaces. She works to build up other women and fight back against ridiculous laws that suppress women. It is such an encouragement to see her still fighting for women even when there is so much push-back. she never becomes jaded or bitter, and never compromises her values.

As funny as it is, it hits a nerve sometimes, touching on some hard truths for today. Women are still unequally treated in the workplace and have to go to great lengths, or even change their behaviour—to be more like men—to gain respect or get ahead in the office. And the sad reality is that women, much of the time, just have to put up with being treated as less.

I’ve worked as a civil engineer for one of the biggest international engineering consultancy firms. When I think about my experience in engineering it has thankfully been very positive. I have loved working on challenging, technical projects with people in diverse teams of men and women. For the most part I have been able to voice my questions and concerns and have had so many male managers and colleagues stand up for me and do things in my best interest—but not every woman is that lucky. And it’s hard not being heard, defended or even respected in some cases.

Just this year a fellow female engineering friend had a really negative experience when working as a site engineer. She was thrown into a role with little support, with a great deal of friction coming from some of the older male contractors. Ultimately this culminated in a severe incident on site. And it’s got to be said that when there are such high percentages of men working in these industries it can be difficult for female engineers and site workers to enjoy long and successful careers in these sectors.

And I can totally relate to these feelings of fear and loneliness., despite having a relatively pleasant experience overall. I remember those meetings where the men would ignore or speak over me, not knowing how intimidating they can be. Not knowing how their comments, cues and body language made people like me feel unwelcome in that room or workplace. Sometimes these realities can be a real downer leading to all kinds of self-doubt and paralysis.

There were also times when working with others I would feel overwhelmed or stressed and I would feel the tears forming in my eyes. I would briskly walk to the bathroom trying not to show my male colleagues that I was about to cry. I didn’t want to be seen as weak or too sensitive. I am already a woman, so best not to be seen as an overly emotional one also.

Part of being good at your job is learning ways to handle stress, but the double standards make it difficult. For example, It can be a totally appropriate and accepted reaction to get frustrated, angry or to start yelling—which is a common way men deal with stress. But getting upset or crying—a normal female reaction to stressful situations—seems to be unprofessional.

Then there is the typical workplace contradiction some women face in higher positions; when they are driven and passionate about their work they can be seen as abrasive, dominating or having too many opinions. Whereas ambitious men are often seen as visionaries, leaders and go-getters. As much as we’ve made tremendous progress as a collective society, there are still lingering issues that are hard to shake, and norms that reinforce unhelpful stereotypes.

What the Statistics Say

Everyday sexism and harassment are still very much a normal part of Western 21st Century life. Despite some significant improvements of late—which we can be thankful for—it’s still blatant and widespread in some industries, such as the music industry.

As much as gender equity is talked up it doesn’t appear to be the reality, with the head of KPMG noting in their recent ‘She’s Price(d)less’ report, that “since 2019 the gender pay gap has remained stubbornly unchanged despite action across the public and private sector to tackle gender inequality.” They list 1) gender discrimination; 2) care, family and workforce participation; and 3) type of job which refers to occupational and industrial segregation as the three largest contributors to this inequality.

Then there’s the government report from the Workplace Gender Equality Agency who earlier found a mixture of encouraging and damning statistics, largely concurring with the KPMG reporting. They found that while women are more educated and make up over 50% of the workforce, less than 20% are CEOs or chairs of boards. And that on average women earn 77c for every $1 men make. It’s a long report with loads of interesting stats and infographics. You can check out the shorter snapshot version here.

Why is this still happening to women? Many like to blame this on Christianity; its patriarchal views, gender roles and stereotypes that have long been entrenched in Western societies. What it misses however, is how these problems have existed historically, across all cultures. So I’m not sure it can be said to be a uniquely Christian problem. Plus, when you take a deeper look, the Bible actually encourages working women. One of my favourite examples of this is Lydia.

“One of those listening was a woman from the city of Thyatira named Lydia, a dealer in purple cloth. She was a worshiper of God. The Lord opened her heart to respond to Paul’s message. When she and the members of her household were baptized, she invited us to her home. “If you consider me a believer in the Lord,” she said, “come and stay at my house.” And she persuaded us.” (Acts 16:14-15)

Lydia is an ambitious woman who is a dealer in purple cloth. Purple dye was hard to find and expensive to make, and it would have been very difficult for a woman to rise to this position. Bible scholars argue that she must have been wealthy, highly educated and business savvy—likely being part of a professionals’ guild. Regardless, she encounters the Apostle Paul, hears his message and listens to him. Paul does not look down on her for being a driven woman, but accepts her hospitality and respects her. She is not seen as less but a fellow believer who has accepted Jesus. She is not pushed aside because she is not a man. She is part of this new Christian community that emerged, as are countless other women, who are personally thanked in Paul’s letters.

This verse is not saying that there is no gender, but is showing that Jesus see us as all as equals, no matter what race, social position or gender we are. Both male and female have been made in God’s image and there are no favourites. When reading these verses I feel a peace wash over me, knowing that even if my male colleagues don’t see me I know God does.

Women Don’t Need to Be Like Men to Succeed

The Bible actually has a beautiful picture of women. It encourages them to embrace their femininity, and never pushes them to be more like men—which is what I, and countless other women, have felt we need to do—to succeed. We need more women in Engineering, and we need more Leslie Knopes types breaking into the mens’ clubs. Men and women are designed to work together and it can be done well when we value and respect one another’s unique abilities and perspectives.

In this regard, it can still be appropriate at times to have separate spaces for men and women to be themselves. But they should exist to facilitate our best selves rather our worst impulses, i.e. healthy conversations and attitudes that can chart a way forward for healthy relationships between the sexes in both professional and social settings.

Leaders have a role to play in creating spaces where both men and women can flourish, but individuals can furnish these spaces by speaking up and advocating for those who are being let down and left behind. As a woman, it’s my hope that we can in-turn lift one another up so everyone benefits and everyone is seen. That to me, is something worth engineering together.

About the Author: Madelaine Osborne was a civil engineer who now works with City Bible Forum.

tags: Articles at work gender equality third space women workplace culture
0
previous Your Team May Be Diverse, But Do They Say What They Think?
next 5 Better Measures of Success
Related Posts 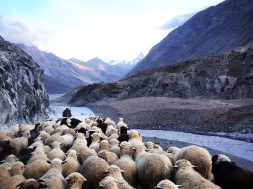