As CODA opened at the Sundance Film Festival, director Sian Heder (Tallulah) could not have imagined how her film would make so much noise – and go on to win three Oscars for Best Picture, Best Supporting Actor, and Best Adapted Screenplay.

Heder’s remake of the French-language film La Famille Bélier, is a story of a young woman’s life as the only hearing member of a deaf family. CODA, an acronym for ‘children of deaf adults’, would also go on to win the U.S. Grand Jury Prize along with other awards. Yet, the film would make history when Apple purchased this remarkable film for $25 Million, a festival record.

Set in Gloucester, Massachusetts, in the United States, the Rossi family make their living within the fishing community. Ruby (Emilia Jones) is 17 years old and is the only hearing member of her culturally deaf family. She serves as the interpreter and negotiator in their business dealings and within the community. Her parents and brother work hard to scrape by in the competitive industry, but their daughter hopes to sing. Because she has not been heard by her family, they have difficulty connecting with her dream or understanding her struggles in life. Their days begin at three o’clock each day and they put in a full day of hard work. Still, after the haul at sea, Ruby must go to school smelling of fish, looking forward to her time in the choir room with Bernardo Villalobos (Eugenio Derbez) and the choir.

Her teacher sees her talent and does all he can to invest in her aspirations of attending the Berklee College of Music in Boston, despite challenges at home where everything is changing in the family business. Even though her family is exceptionally close, they rely heavily on Ruby. Frank (Troy Kotsur) and Jessie (Marlee Matlin) need their daughter to help them with a new business venture. This all leads to tensions and frustrations within the home and at school, mainly as she develops strong feelings for Miles (Ferdia Walsh-Peelo), her new singing partner.

What will be noticeable for audiences as they sit down to watch the latest film on Apple+ is how it is like enjoying a foreign language movie. All of the drama and tension occurs within the world of American sign language and becomes an exceptionally different viewing experience. Everyone involved has to pay attention to every movement and sign to remain engaged with this intriguing film that can be as visually captivating as it is well written. 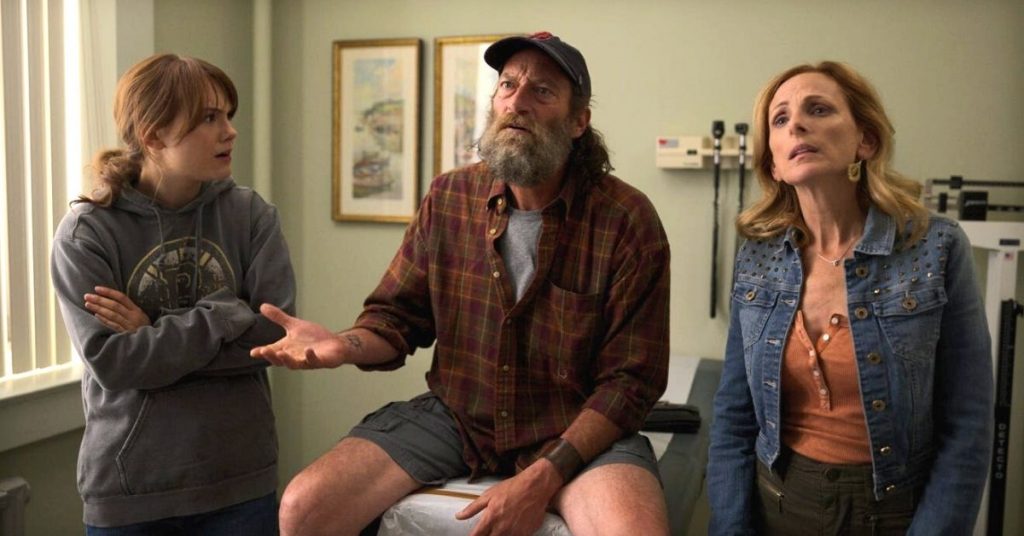 Yet, the real story is found in the coming-of-age journey of their teenaged daughter who has become their connection to the community. As she tries to discover what the future holds for her, this tight-knit family unit must consider how they can function without their daughter and sister. This turns the tale into something even more profound as it shows the connectedness of their family and how they all must grow to survive. Everything about the story capitalises on Heder’s ability to depict the humanity of the Rossi family and the challenges they endure as they make their way in the hearing world. This means that the writer/director exposes every aspect of their lives, meaning that the screenplay contains some mature content. Still, Coda quietly becomes one of the most endearing and touching films of the year. One that will have viewers singing and desiring to know more about the fascinating world of the deaf.

Reel Dialogue: How to engage with those with ‘different abilities?’

Psalm 139:14 – I praise you, for I am fearfully and wonderfully made. Wonderful are your works; my soul knows it very well.

What do CODA and A Quiet Place have in common? They are divergent storylines and they are intended for completely different audiences, Yet, both consider that we all have different abilities and skills. Some could label them as disabilities, but what both films prove is that those with differences in abilities have something special to offer the world.

The gifts and challenges we have may seem odd to the outside world, dare it to be said even, ‘Weird?’ Yet, in looking at the Bible’s account of each person on this earth, they were all made by and loved by God. These films and the Bible provide a different way to look at those with different ‘abilities.’ Instead of judging or marginalising those with physical or mental disabilities, we should rethink how we engage with their lives. A step towards enriching our own worlds by exposing us to ways of living that might prove to be a richer experience than ever realised.

CODA //: Cultural definition: Child of Deaf Adults | Musical definition: the concluding passage of a piece or movement, typically forming an addition to the basic structure.