Disturbing new research has revealed that most pre-school children are left vulnerable to sexual abuse because they have not been taught about consent.

The research, commissioned by Australian charity and support service Act for Kids, found that more than half of parents, carers and grandparents believe it is appropriate to start teaching children about consent after school age.

This means that the majority of children up to the age of four, do not understand the concept of bodily autonomy and consent.

The research findings have been released for Child Protection Week, which started on September 5th and runs until September 11.

“This is really concerning, because it leaves children aged between zero and four vulnerable to sexual abuse,” Act for Kids CEO and psychologist Dr Katrina Lines said.

Teaching it’s OK to say “no”

Psychologist Miranda Bain, who is the director of therapy services at Act for Kids, said that the pre-school age group is particularly exposed to danger because of the amount of adults in their lives.

“The under-fives are more vulnerable because they have a variety of adults coming in contact with them,” she said.

“If they haven’t been instructed by their parents that it’s OK to say no, then it does put them at risk.”

For Dr Lines, the research showed that the concept of bodily autonomy is still misunderstood.

“In Australia, 69 per cent of adults believe they shouldn’t have to ask children for permission to touch their bodies,” she said.

“And only 29 per cent of parents, carers and grandparents say the anatomically correct words for body parts in normal conversation with their children.”

Using the correct anatomical terms, such as vagina and penis, is crucial, Ms Bain said.

Research has shown that sex offenders were found to be less likely to act on a child if the child knew correct names for their body parts. (Perpetrators often groom children to use euphemisms for genitalia, explained Ms Bain, which can make it hard for investigators to prove in court that any abuse has taken place.)

Further, “Using the correct words for body parts, all private and public body parts, really helps them to own their body,” Dr Lines said.

“It will anchor the learning of the different terms,” she said.

For Child Protection Week, Act for Kids urges parents to talk to their children about consent.

“The best thing parents can do is to educate yourself about the issues of consent and sex and relationships,” Dr Lines said.

“Because the more knowledge you have, the better equipped you are to answer questions that your kids might ask. Or certainly to have age appropriate conversations with your child.”

“And don’t forget to start young – the first five years are crucial.” 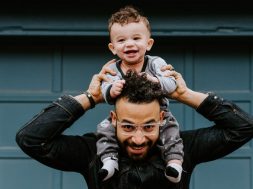 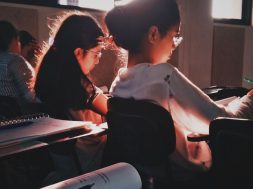