The flux of last year caused a lot of people to reflect and rethink their priorities and for Australian singer, songwriter and actor Barry Conrad it prompted a reset of his career and a reminder of his abilities as an artist.

“It’s been a roller coaster, but in saying that a lot of creativity has come out of that time [in 2020] as well”, Barry said.

Earlier this year, Barry released his new single Ocean Road, an intimate ballad that marked his return to song writing after years performing on stage and TV. After such a long break, he said it was comforting to know he could still write.

“The chorus came to me pretty much in its entirety when I was cooking in the kitchen during my isolation, which is pretty cool. That doesn’t always happen as a songwriter,” Barry said.

“After a long drought of asking, ‘Can I still write songs? Do I still know how to do this?’ Ocean Road came out, which is a good thing.”

With so much of the entertainment industry’s future up in the air during the pandemic, Barry also found himself in the unique position of returning to his role as Neighbours’ bad-boy Kane Jones, finding work when so many options were off the table.

“The arts industry in general was just shut completely down,” he said.

“I was like, ‘How am I going to get through this time?’ Gigs got cancelled left, right and centre.

“I’d originally done the role of Kane Jones back in 2019 and then I went back since, but then I thought that was it. There was not indication or hint – or reason – that he should come back. Then when I got the call that he’d be back in a bigger capacity it was so out of the blue and just amazing. I was so excited.”

The shooting process was a bit different though, with masks going on and off between takes, but to be able to work again was, “so humbling and I’m just grateful,” Barry said.

In the work he’s doing now, Barry’s noticed a new level of vulnerability, which has been both a considered choice as an ambassador for RUOK? Day and recently the #2020MentalityProject, but also an indication of personal growth.

He said Ocean Road was “a completely fresh sound” for him.

“It’s unlike anything I’ve ever done before as a writer and as a singer – I’ve never released a ballad before, and just something that’s so stripped back and honest.

“It’s letting [the fans] in a little bit more into who I am and not hiding as much as I used to – not that I realised that I was, but growth is really telling and hindsight is a great teacher. I’ve just grown so much.”

Paired with his work advocating for mental health campaigns, Barry is becoming part of a growing group of men who don’t hesitate to share about the true ups and downs of life.

“I’ve been really vocal about speaking out on mental health and trying to break the stigma, which seems like such a cliché thing that people try to say but it’s just the reality.

“A lot of men in particular… you’re ashamed. You’re seen as being weak to talk about how you feel and just to say, ‘Hey man, I need a bit of help’, or, ‘I’m not coping with this’.

“It doesn’t even have to be necessarily a life-threatening moment or something intense but, in general, we just need to remove the stigma and normalise being honest about [our struggles]. It actually defuses it when you talk about it, and it makes it lose its power.” 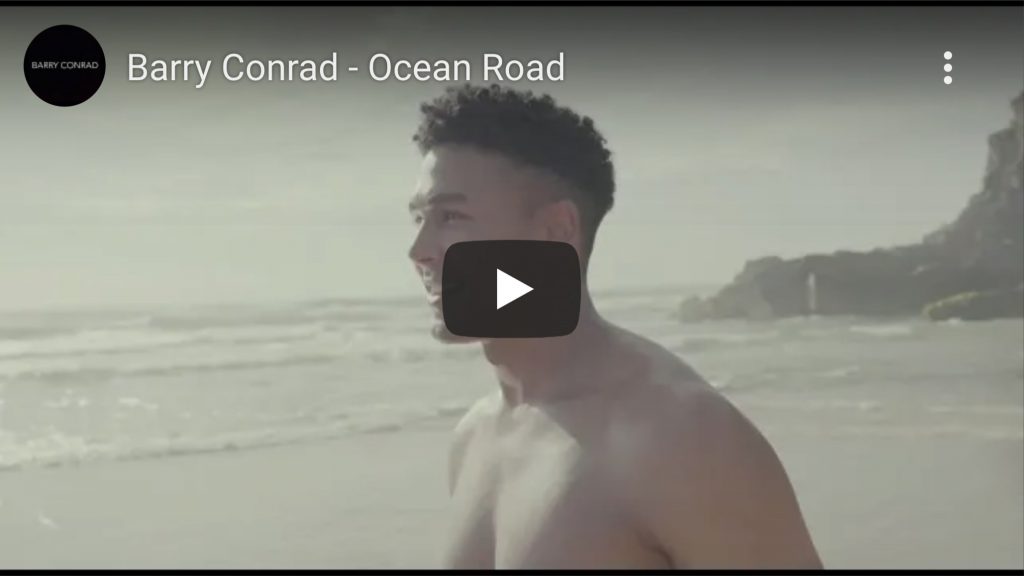