Home News Amid the Devastation in Beirut, Aid Agencies Are Racing to Help

Amid the Devastation in Beirut, Aid Agencies Are Racing to Help

Amid the Devastation in Beirut, Aid Agencies Are Racing to Help

A week after the deadly ammonium nitrate blast in the Port of Beirut – which killed over 200 people and left 300,000 without a home – international aid agencies are now racing to help with the clean-up and relief efforts.

Many charities were already hard at work in Lebanon before the disaster, with up to half the population near or below the poverty line due to the economic crisis that hit last year, and an estimated 1.5 million Syrian refugees overwhelming the country’s support services. 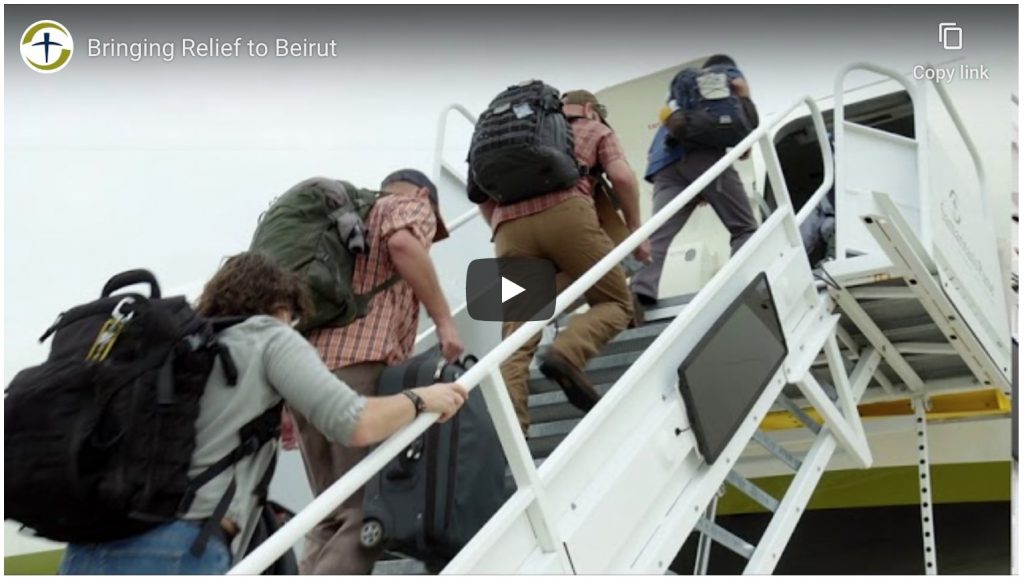 Thousands of hygiene kits, solar lights, and hundreds of rolls of heavy-duty tarp have been sent, to make emergency repairs to homes and churches.

The team is working with a longtime church partner in the area, to distribute relief supplies and evaluate how best to help those who are suffering.

“It’s completely unfathomable. We’ve never had anything like this before, even in the civil war [1975-1990] in Lebanon.”

One church pastor in Beirut, a partner of Samaritan’s Purse whose name is undisclosed for security reasons, said the catastrophe – which damaged structures up to 20 kilometres away from the blast – was “completely unfathomable”.

He asked that people of faith would pray for God’s love to shine through His people as they assist those in need; that God would strengthen and encourage those who have been injured or displaced due to the blast; and that those who are leading the recovery efforts on the ground would have wisdom for the task ahead of them.

To support the relief work of Samaritan’s Purse in Beirut, give to their International Disaster Relief fund.

Caritas Australia, the aid agency of the Catholic Church, has provided Beirut with an initial $50,000 for crucial emergency relief for the most vulnerable, from its existing Middle East Regional Appeal.

Through its Lebanon staff and partners, the Caritas network is delivering emergency food and water, masks and soap to where it’s needed most, as well as materials for clean-up and shelter repairs, medication, and other health supplies.

Face masks – already needed in the COVID-19 pandemic – have been even more necessary now, to protect people from the toxic fallout of the giant ammonium nitrate explosion.

“The economy is in free fall and parts of Beirut are uninhabitable.”

Caritas Lebanon is also running a program enabling vulnerable Lebanese and Syrian women and children impacted by the blast, to recover from trauma. The program provides safe shelters and trauma counselling.

“The situation is dire,” said Caritas Australia CEO Kirsty Robertson. “Hundreds of thousands of families were affected, many of whom have slept in shattered homes and in the streets during a deadly pandemic. The economy is in free fall and parts of Beirut are uninhabitable.”

Support the Middle East Regional Appeal by heading to www.caritas.org.au/lebanon or call 1800 024 413.

Also working on the ground in Lebanon is Maronites on Mission Australia, the charitable arm of the Lebanese Maronite Catholic Church.

They have launched their own Beirut Disaster Relief Appeal, with all funds raised going towards food supplies, food packages and repairs to damaged homes.

Donations are being distributed in collaboration with charities on the ground in Beirut.

Already before this disaster, the economy of Lebanon was suffering, and in July Maronites on Mission launched their Lebanon Wheat Appeal, in partnership with Caritas Lebanon, Solidarity Lebanon and the Australia Lebanon Chamber of Commerce and Industry.

The Wheat Appeal, which continues until August 31, supports farmers in Lebanon suffering as a result of the economic crisis. Funds raised will be used to buy and send free grain to farmers, to assist with the nation’s food security.

A donation of $50 can provide a farmer with 50kg of grain, which can produce over 1 tonne of wheat when harvested – feeding a large family for more than a year.

Donations to either appeal can be made by visiting maronitesonmission.com. Any donation of $2 or more is tax-deductible.

On the ground in Beirut, the Lebanese Maronite Order is using its monasteries and schools as emergency shelter for those left homeless. 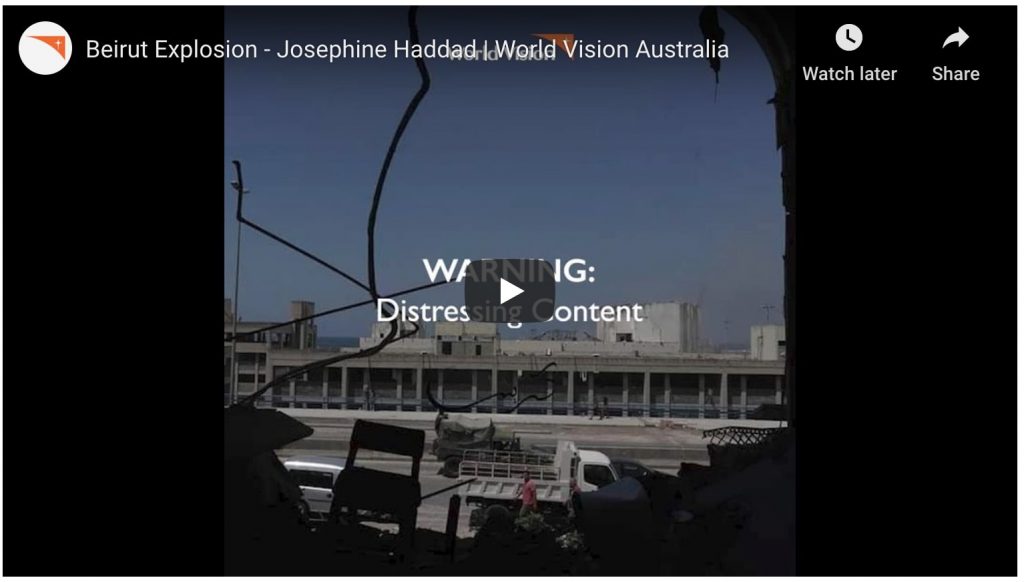 Josephine Haddad from World Vision Lebanon described last week’s disaster as “one of the most difficult days Beirut has witnessed”, shaking not only Beirut but the entire country.

“Houses have been completely destroyed… thousands of families are homeless… This blast has left families more and more vulnerable, and in dire need of any support they can get.”

Donations can be made through the World Vision website.

Another of the many agencies bringing relief to survivors in Beirut is Baptist World Aid.

Funds donated to their Beirut Explosion Response appeal, will provide emergency food and water for families made homeless; healthcare while overwhelmed or damaged hospitals recover; and ‘emergency livelihood support’ to help working men and women get back on their feet.

If funds raised exceed the amount required in the relief efforts, Baptist World Aid will use excess funds to help people in other disaster situations around the world.

Head to the Baptist World Aid website to support the appeal.

Support emergency relief work in Beirut by giving to any of the following funds: