Home News Aid Agencies, Celebrities, Churches and Leaders Get Behind the ‘End COVID For All’ Campaign

Aid Agencies, Celebrities, Churches and Leaders Get Behind the ‘End COVID For All’ Campaign

Aid Agencies, Celebrities, Churches and Leaders Get Behind the ‘End COVID For All’ Campaign

An army of Australia’s major aid agencies, faith groups and educational institutions, backed by several major celebrities, have joined a campaign calling on the Australian government to increase its support for our “international neighbours” in the COVID-19 crisis.

The campaign, called “End Covid For All”, is led by justice activist Tim Costello, executive director of Micah Australia, and was launched to coincide with World Humanitarian Day on August 19.

It calls on everyday Australians to ‘sign the pledge’ – a petition that’s amassed over 14,700 signatories at the time of writing. 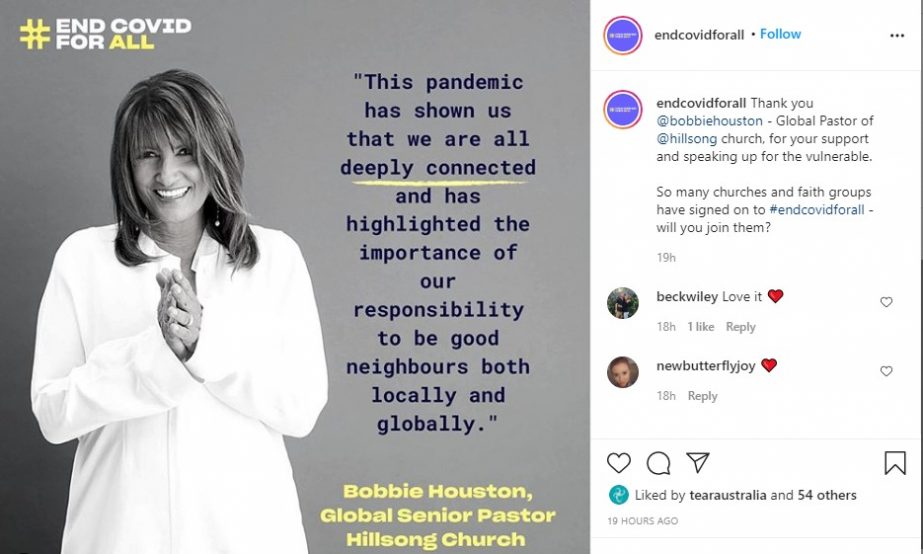 In recent years, Australia’s international aid budget has been steadily decreasing, and Micah Australia has long been advocating for this to change.

The campaign calls on Australia to live up to its national identity by “offering a helping hand to all our neighbours around the world”, saying, “It’d be un-Australian not to”.

Now, COVID-19 is forcing already-disadvantaged nations into even further crisis. The campaign shines a spotlight on nations that are struggling such as India, Bangladesh, Brazil, Yemen, and small Pacific nations such as Timor-Leste, Fiji and Papua New Guinea.

It calls on Australia to live up to its national identity by “offering a helping hand to all our neighbours around the world” – capitalising on a phrase utilised at times by Prime Minister Scott Morrison himself: “It’d be un-Australian not to”.

Micah Challenge says that in the worst-hit nations, healthcare systems are on the verge of collapse due to COVID-19.

“Hundreds of doctors and nurses have died from COVID-19 due to shortages in personal protective equipment and overwork,” the campaign video says. “In many densely populated cities, patients queue for hours, many without being seen.

“ICUs are being forced to close their doors, and morgues are over-capacity.

“With 75 percent of people in the least-developed countries lacking access to clean water and soap, the primary means of infection prevention, the odds are not on their side. Without our help, COVID-19 could push over 70 million people into extreme poverty.” 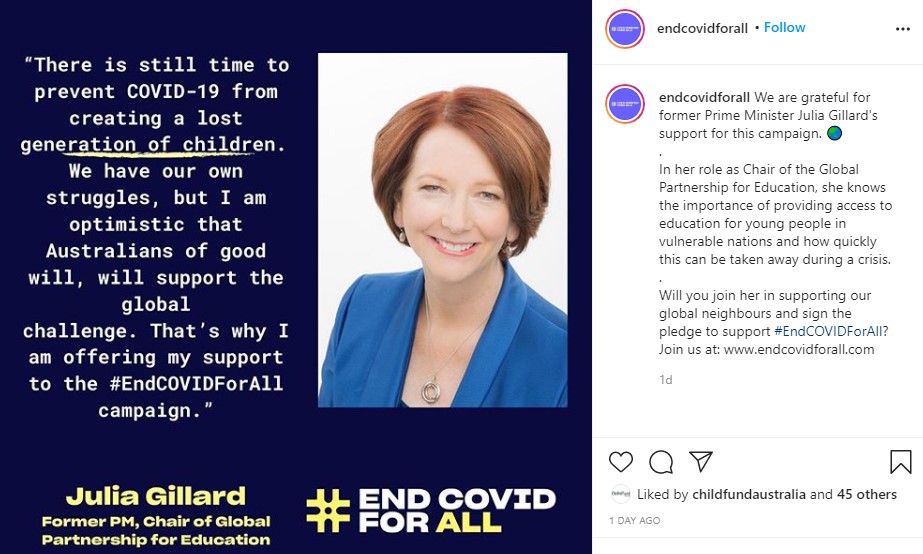 End Covid For All calls for a three-pronged solution, with the following goals:

It urges the government to drastically build on the modicum of good work that has already been done, such as providing personal protective equipment for healthcare workers in Papua New Guinea, Timor Leste, and Fiji. 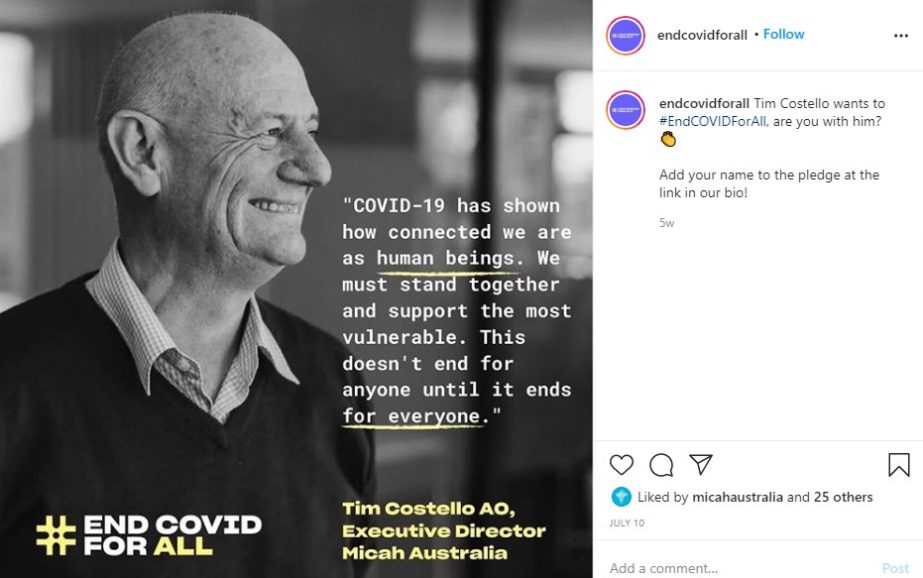 So far 162 organisations have added their weight to the cause.

Australians are being to add their voice to the campaign by:

Workers Wanted: Job Ads on the Rise in the Wake of COVID

In a COVID World, Do I Still Need a Regular Flu Jab?