Is There a Master Builder? How Lego Points to Something Bigger

Why Sustainability Is The Most Sustainable Opportunity for Your Business

If someone you know battles an addiction, it’s probably covering up some deep-seated wound or emotional pain they don’t know how to face.

That’s the message of Texas-based pastor Tim Ross, and it’s a hard-won lesson he learned when forced as a young man to deal with his own life-controlling addiction—to pornography.

The pastor of Embassy City Church in Texas shared his story with Laura Bennett while in Sydney for C3 church’s Presence Conference.

Help & Resources for People with a Sex/Porn Addiction, and their Partners

Pornography, for Tim, was like a drug that he used to try and bury the painful memory of childhood sexual abuse.

“I was molested when I was eight years old by a neighbour that lived across the street from me,” Tim said, “and I carried that pain into my teenage years. At the age of 12 I was exposed to pornography, and at 19, it was just controlling me.”

The Night That Changed Everything

As the conversation unfolded, it came out that his little brother had been sexually abused as a child, too—as had both of his parents.

“In this one night, that should’ve been awkward and embarrassing, God’s love and his light kind of brightened up everybody’s dark pain,” Tim said. “We had never shared with each other. So this one night, all of this comes out.”

Six months later, Tim made a commitment to follow Jesus. He now sees that unburdening his pain and secrets, prepared the way for him to open his heart to God.

“There was power and a correlation between being able to confess something, and then that allowing your heart to be open enough to receive something,” he explained. “Secrets can kill you.

Breaking the Cycle of Addiction 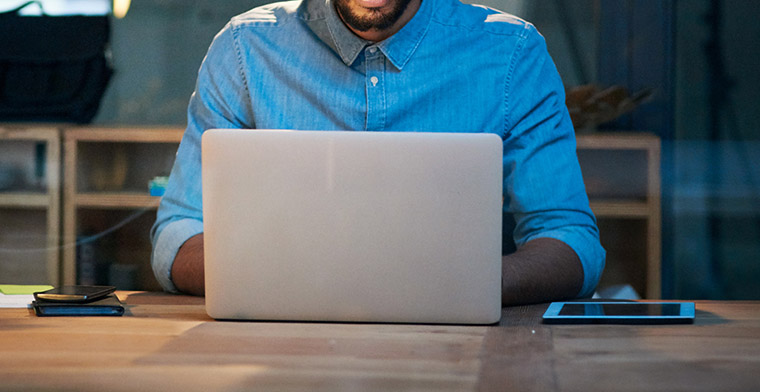 Although Tim became a preacher at the tender age of 20, it would take another decade for him to truly overcome his pain and addiction – through “lots and lots of therapy”. The whole time, he was open with people about his struggles.

“Never was there a time… that I hid the fact that I am on a road to recovery,” he said. “I am a child of God, I have been made righteous positionally by Him, but freedom is a work in progress. My righteousness is something Christ paid for, there’s nothing I can do about that, but I can contribute to freedom. I can do the hard work. I can dig into those painful bits of my past and go, ‘I need to get that up and out so that I can be free, and therefore others can be free as well’.”

To help him address his trauma, Tim had three different counsellors between the ages of 20 and 30.

“I had the revelation that my identity is in Christ Jesus, and God loves me, out of all the crap He knows about me.”

“There was just layers and layers of stuff that had to come off me,” he told Charisma magazine. “Pornography is not the root of an issue, no more than a runny nose is a cold; it is a symptom. So I had to get underneath the pornography to find out there was low self-esteem, there was a level of low self-worth, there was pride, there was insecurity… these layers came off over a 10 year period.”

On a practical level, psychologists taught Tim how to process his pain, and how to address it when it “flared up”. And on a spiritual level, by spending time in prayer and reading God’s word, Tim found solid ground.

For those who are struggling with addiction, Tim says counselling is vital. While prayer and ‘altar calls’ in a church setting can begin a healing process and have their place, he says therapy by qualified counsellors or psychologists is crucial to properly deal with the “can of worms” caused by trauma and addiction.

While God’s grace and forgiveness are complete, we can all work on our character and our habits to become more free, and more of who God made us to be, Tim says.

“Have devotion time. Get up at 6 o’clock in the morning and spend 15 minutes with God, drinking your coffee… spend time in His presence.”

“You can never be more righteous than you are right now,” he said. “That is liberating. I am in right-standing with God right now, and I haven’t moved an inch further into my righteousness than 21 years ago—but I’ve become freer!”

Tim also encourages people of faith to build their sense of self-worth and security, by spending regular time in prayer and reading God’s word.

“Have devotion time,” he said. “Get up at 6 o’clock in the morning and spend 15 minutes with Him, drinking your coffee… spend time in His presence.

“There’s no way you can spend that kind of dedicated time and not come to the same conclusion that I’ve come to: at some point, you will begin to rest on the fact that ‘You [God] really, really love me, as I am, right now; You’re not waiting on me to get everything sorted out; You actually love me, right this minute’.

“It took a decade for me to come to that conclusion.”

If you or someone you know is affected by pornography addiction and related issues, please download the following helpful list of resources, support groups and expert counsellors:

Download – Help and Support for People with a Sex/Porn Addiction, and their Partners

3 Simple Strategies to Supercharge Your Attitude