For as long as the Christian faith has existed, music has always been a part of it. Expressions of worship that offer adoration to God, and give voice to the quiet pains and hopes of our heart.

Ben Fielding has grown up in the world of worship music, fascinated by what he heard at church as a young boy, and going on to become a multi Grammy, Billboard and Dove Award winning songwriter as part of global worship band, Hillsong Worship.

Ben has penned over 200 of the songs that articulate our faith, but it’s not the pressure to write a good song that motivates him – it’s connecting people to the heart of God.

It’s not the pressure to write a good song that motivates multi Grammy, Billboard and Dove Award winning songwriter Ben Fielding – it’s connecting people to the heart of God.

“That’s a powerful thing as a songwriter – particularly writing songs for the church to sing – to [be] essentially teaching people about who God is, and putting lyrics and melody around it.” 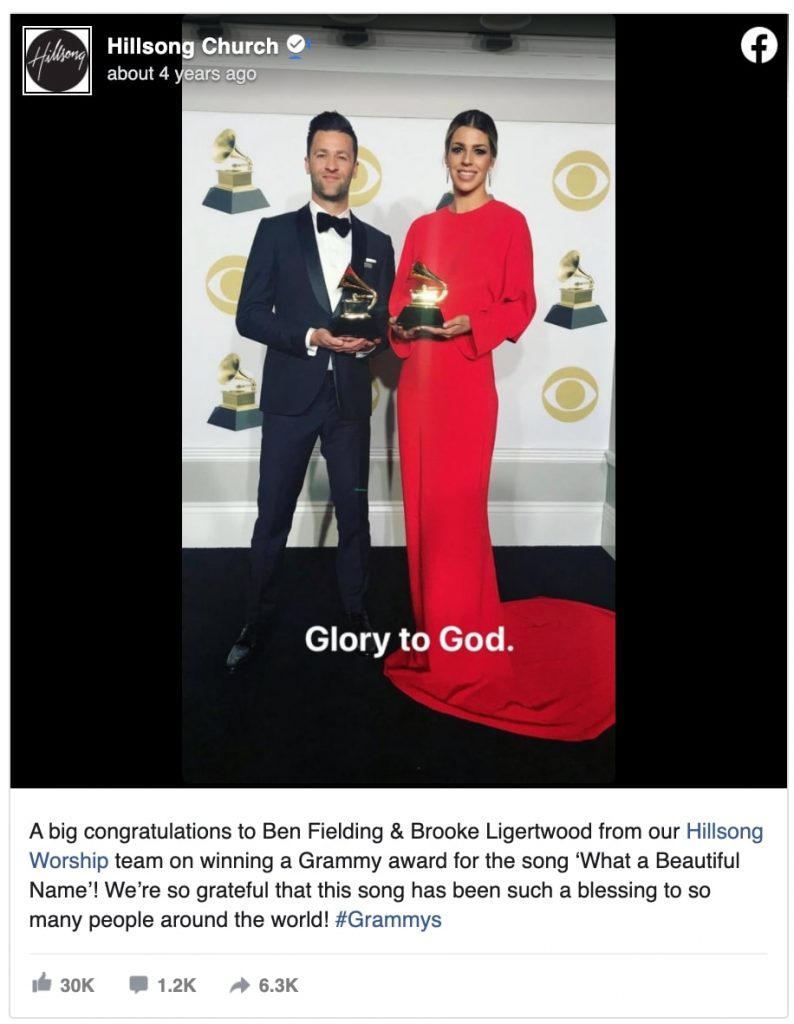 The result of that process, Ben said, was “that we lift our eyes, and place our focus and attention on who God is, and what He’s doing in and among us”.

For many, the practice of worship has been disrupted in part by the pandemic, but Ben said it’s a “matter of the will” to continue to remain aware of God’s presence and His goodness in our lives.

“You read the Psalms, and [David] instructs his soul, ‘remember to sing, remember the God of your ancestors, remember his faithfulness’,” Ben said.

It’s a commitment that Ben said is about, “making sure that our focus is around the things that are going to matter most”.

In life “we can sometimes try to emphasise things that are not the emphasis”, Ben said.

“We can sometimes miss the thing that God is doing, or is way more [interested in], by getting distracted by other things we unnecessarily obsess about.”

Part of what Ben’s alluding to is the noise of a culture around us that’s frequently at odds with itself.

When discussions around current social issues devolve into yelling matches, and Christians find themselves swept into debates about what the “right” response is and how best we should behave, Ben thinks we can get lost in the melee of it all, and forget grace.

“That’s the great challenge of serving Jesus, and doing the work of the Great Commission of making disciples and building community that serves Jesus,” Ben said.

“There are the core beliefs that we gather around as believers that there’s unity in, and then I think you start to move broader out, and the need for mercy, and the need to apply grace grows exponentially.

“When we start to talk about things that could be divisive, I think we have to engage – we can’t ignore them.

“[We need to] listen to people who think differently to us, and not instinctively try to correct people and to opine, but to actually listen and to hear.”

It’s a skill Ben admires in Jesus, as he said, “He didn’t just preach at people”.

“[Jesus] often stopped and He asked questions and He listened,” he said.

“And then, He was able to respond in a way that really got to the core of the issue.

“The goal [of Jesus] was healing, and the goal was wholeness and restoration.

“I think if we were better able to reflect the way Jesus approached people, we’d be the kind of believers that would have a lot of impact in our communities.”

“He didn’t just preach at people. [Jesus] often stopped and He asked questions and He listened,” – Hillsong’s Ben Fielding

Over the year, Hillsong Worship has been working on their new album These Same Skies, which they hope will be a call to unity and a reminder of God faithfulness in a time that been very disjointed and unsettling.

“There’s this picture of beautiful unity when you think about looking up to the same skies, to the same God.

“When we stop to think about how God has proven Himself faithful, and what we can see about the character of God and the narrative that God has been writing since the beginning of time, I feel like there’s a lot we can take hope from as believers living today.”

Hillsong Worship’s These Same Skies is out now.

tags: Articles hillsong hope 103.2 music worship
0
previous The Gospel and the Salt
next “You Must Squeegee the Shower” – and Other Useless Rules
Related Posts

“You Must Squeegee the Shower” – and Other Useless Rules

The Gospel and the Salt