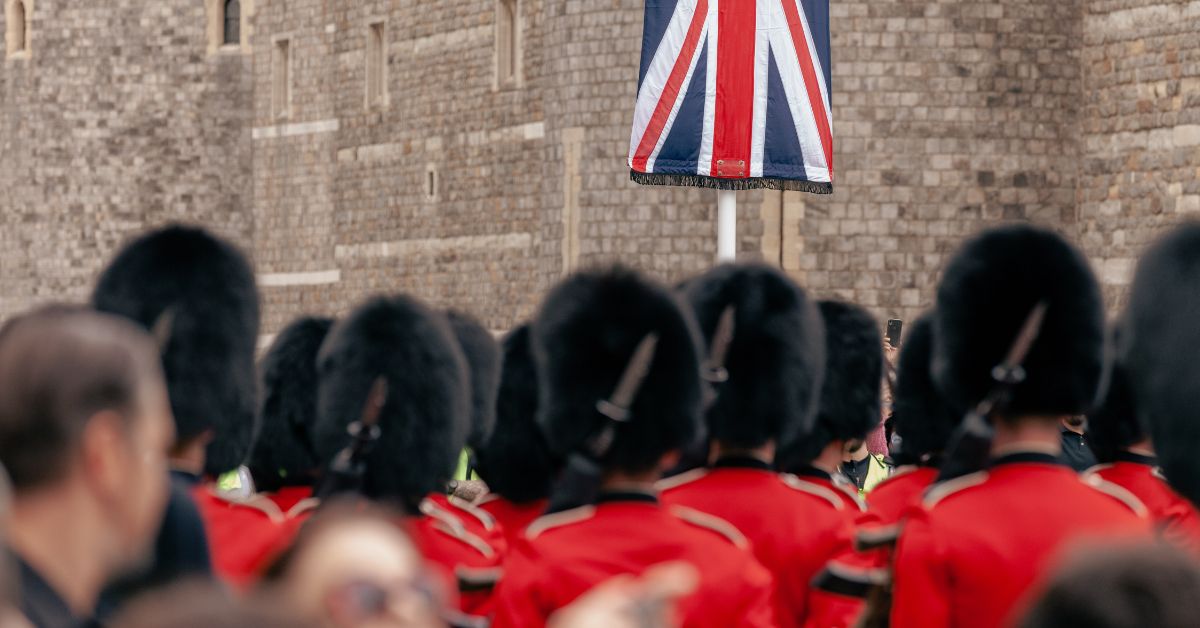 Millions around the world tuned in to Queen Elizabeth’s funeral. The funeral was full of ceremony, majesty and Royal decorum.

Not since the death of Queen Elizabeth’s father, King George VI, has the UK (and the world) seen such a Royal funeral. It was a sight to behold on so many levels.

And yet, like many a Christian funeral, it felt jarring. I felt the jarring nature on the surface, but also at a deeper level.

1) The concentration of earthly wealth, power and prestige

Royalty, World Leaders, the rich, the famous, the powerful: Westminster Cathedral was full of our world’s who’s who.

And yet, the contrast between earthly power and the power of death was stark:

2) And yet, death is no respecter of persons

As shown by Her Majesty, even the most famous and powerful will one day lie in a coffin.

None of us escapes the rule of death. Like any funeral, it was a stark reminder of our mortality. A mortality that our secular culture tries to avoid at all costs, whether by denial or distraction. But there was no escaping the power of death at Her Majesty’s funeral.

Death is a power, a curse, that God has placed over this fallen and rebellious world:

“He brings princes to naught

and reduces the rulers of this world to nothing.

No sooner are they planted,

no sooner are they sown,

no sooner do they take root in the ground,

than he blows on them and they wither,

It was jarring seeing the Queen lying in her coffin!

But, thanks be to God, death did not have the last word at Her Majesty’s funeral:

3) Amid the sadness, there was a profound hope

Amid the ashen-faced mourners, we heard a death-shattering hope.

The gospel was read. It was prayed. And thankfully, it was preached. As the Archbishop of Canterbury, Justin Welby, pointed out:

‘Christ rose from the dead and offers life to all’.

This hope was hard to miss. And I pray that many who heard it would put their trust in the same Saviour that Elizabeth hoped in, and into whose loving care she has gone.

4) What does the funeral’s pomp, ceremony, and Christian nature say about us?

The funeral was according to Royal protocol. The Queen was the figurehead of the Church of England, so of course, she would have this sort of funeral.

But I wonder if everyone gathered – Christian or not – found some comfort in this funeral?

Perhaps when faced with death – the one enemy no earthly power or wealth can defeat – we need that sense of transcendence, that life is about more than accumulating wealth and honour.

As the writer of Ecclesiastes points out, God has placed eternity on our hearts (Ecc 3:11), and we see this desire for eternity – for life beyond the grave – at funerals, whether Christian or secular.

While it the funeral was jarring because of the stark reminder of our inescapable mortality, it was jarring on another level.

The UK is arguably the most secular English-speaking nation on the planet.

And I couldn’t help keeping that in my mind as I watched the funeral. Here was the gospel – the news of Jesus’ death and resurrection – being unleashed, as it were, without censure or cancellation.

Watching a funeral is always a jarring experience. But hearing the gospel throughout it?

That made it a pleasantly jarring experience!

Feature image: Royal guards on parade at Windsor, UK, for the Funeral of Queen Elizabeth II. Photo by Metin Ozer on Unsplash